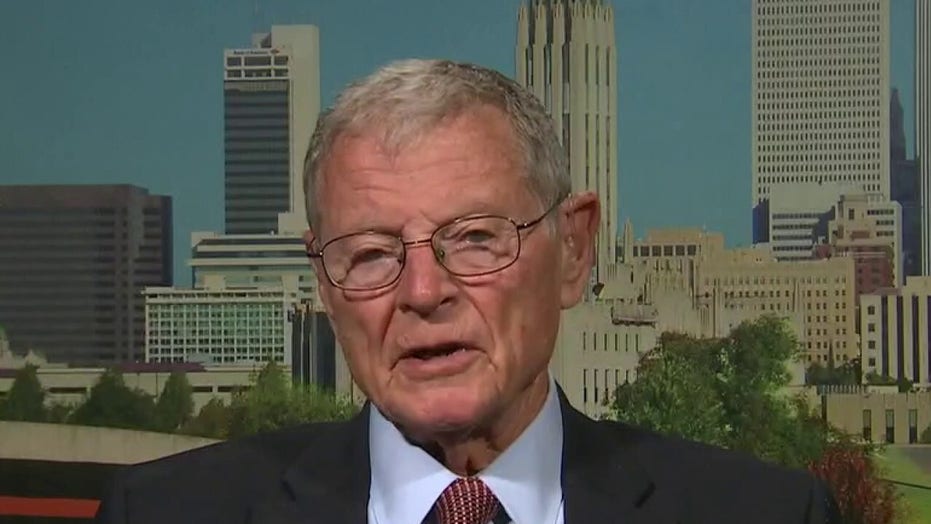 Oklahoma GOP Sen. Jim Inhofe weighs in on the president's executive order and legislation in Congress.

Oklahoma Republican Sen Jim Inhofe said he was not worried about the potential for agitators outside of President Trump's rally or warnings of potential COVID-19 flare-ups following the event.

In an interview on "Cavuto LIVE" with host Neil Cavuto, Inhofe stated that he was "just so honored" the president was hosting his first 2020 campaign rally in months in the city of Tulsa.

OK GOV ON TRUMP RALLY, REOPENING DURING COVID-19: 'WE ARE GOING TO BE VERY SAFE'

"Well, you know, they’ll always say that," he replied after Cavuto asked him whether or not he was concerned by messages of caution from health officials. "But, I'm just so honored that it's going to be Oklahoma first."

The Oklahoma State Department of Health reported 331 new COVID-19 cases across the state Saturday, bringing the total number of the state’s positive cases to 10,037. 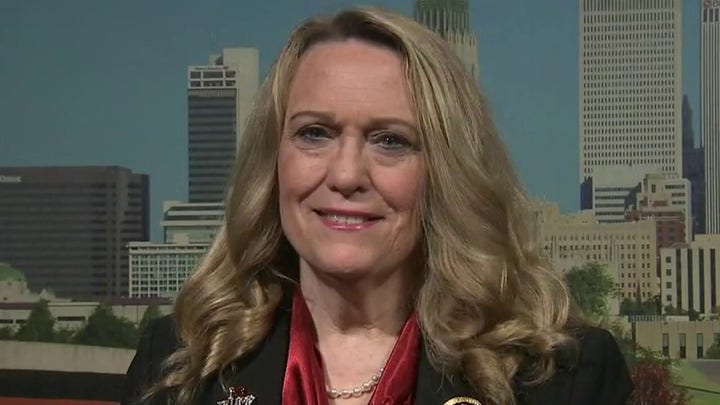 On Thursday, Tulsa's BOK Center -- which can hold up to 20,000 people -- asked the Trump campaign for a written plan outlining how it will incorporate social distancing and other "health and safety" steps during their rally in the stadium, pointing to a recent uptick in cases.

The campaign was already going to provide a mask and hand sanitizer to each attendee, and there would be temperature checks at the door. However, GOP Chairwoman Ronna McDaniel told Fox News she believed masks would be optional and there has been no apparent social distancing plan or similar system for the indoor event.

The campaign is also requiring all ticket-holders to sign a waiver to attend the rally. Trump campaign manager Brad Parscale announced Monday they have received more than 1 million ticket requests for the event.

Supporters of U.S. President Donald Trump gather to attend a campaign rally at the BOK Center, June 20, 2020 in Tulsa, Oklahoma. Trump is scheduled to hold his first political rally since the start of the coronavirus pandemic at the BOK Center on Saturday while infection rates in the state of Oklahoma continue to rise.  (Getty)

Inhofe told Cavuto he believes the waiver is a "good idea."

Tulsa's Mayor G.T. Bynum, a Republican, had initially declared a civil emergency ahead of the function, citing "civil unrest" and opposition protests. He had also imposed a curfew, but President Trump tweeted Friday that it had been lifted following a conversation with Bynum.

The president also tweeted a warning Friday that "anarchists" and other "agitators" should think twice about disrupting the rally.

“Any protesters, anarchists, agitators, looters or lowlifes who are going to Oklahoma please understand, you will not be treated like you have been in New York, Seattle, or Minneapolis,” he wrote. “It will be a much different scene.”

Inhofe said that while there is "no doubt" in his mind that there are "professionals s coming around right now, trying to infiltrate, come in, create problems" and he anticipates that "something’s going to happen," Oklahoma is "just not that tolerant" and precautionary measures would be taken to combat any threat.

"You know, some of the states, some of these other environments where people are protesting, the elected officials are afraid of them and they kind of get back and stand in the background," he commented.

"But, we're not here and we're going to make sure that yes, we want friendly protests. That’s healthy. That’s American. But, we’re not going to tolerate any kind of activity that is going to create a problem or a hazard to someone's health or prosperity," Inhofe concluded. "But, it's not going to happen."