President Trump issued a warning to groups who may be looking to disrupt his campaign rally in Tulsa, OK. Trump tweeted that there could be a huge price to pay if rioting or looting break out in the Oklahoma City while he’s in town.

President Trump pointedly warned “anarchists” and other “agitators” not to disrupt his campaign rally in Tulsa, Okla., this weekend, after an apparent threat that outside groups may be planning to cause "unrest" at the scene prompted an emergency order from the mayor.

“Any protesters, anarchists, agitators, looters or lowlifes who are going to Oklahoma please understand, you will not be treated like you have been in New York, Seattle, or Minneapolis,” Trump tweeted Friday. “It will be a much different scene.”

The president’s tweet comes after Tulsa Mayor G.T. Bynum, a Republican, declared a civil emergency and announced a curfew near the arena where Trump plans to hold a campaign rally on Saturday.

Bynum, in his order, said “in the interest of national security,” he would establish a “federal exclusion zone” in the vicinity of the rally.

Bynum cited recent “civil unrest,” expected “crowds in excess of 100,000” in the vicinity of the rally and opposition protests in his decision to place a federal exclusion zone for a six-block radius near the arena.

June 19: Supporters of President Trump line up to attend the Trump campaign rally near the BOK Center, in Tulsa, Oklahoma. (Photo by Win McNamee/Getty Images)

The mayor specifically warned that he has “received information from the Tulsa Police Department and other law enforcement agencies that shows that individuals from organized groups who have been involved in destructive and violent behavior in other States are planning to travel to the City of Tulsa for the purposes of causing unrest in and around the rally.”

The curfew prohibits people from “walking, running, loitering, standing or motoring upon any alley, street, highway, public property, sidewalk, or vacant premises” within the vicinity covered by the curfew. 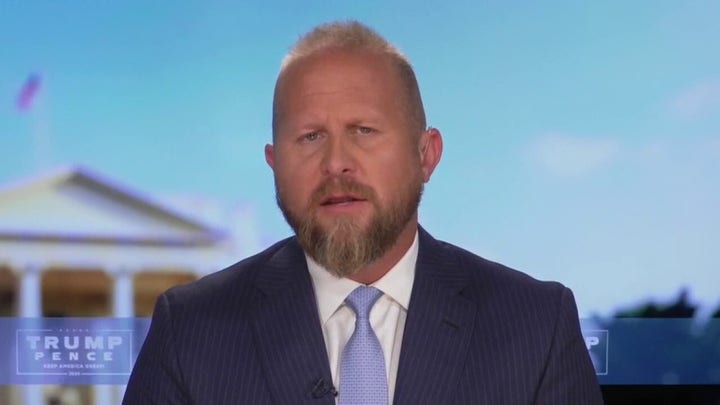 The order also prohibits the “manufacture, transfer, use, possession or transportation of a Molotov cocktail” or any other device “designed to explode” in the city, and prohibits the use of gasoline or any flammable explosive liquids “except in connection with the normal operations of motor vehicles.”

The emergency order comes after nationwide protests initially escalated into violent riots in many cities in response to the death of Minneapolis man George Floyd in police custody last month. Those protests have largely been peaceful in recent weeks, however.

June 19: Supporters of President Trump sleep in the early morning while lined up to attend the Trump campaign rally near the BOK Center, in Tulsa, Oklahoma.  (Photo by Win McNamee/Getty Images)

Meanwhile, the BOK Center asked the Trump campaign for a written plan outlining how it will incorporate social distancing and other "health and safety" steps, citing an uptick in coronavirus cases. The arena, which can hold up to 20,000 people, had Trump supporters lining up outside for days ahead of the rally.

According to the Trump campaign, more than 1 million people have registered online for the first-come-first-serve rally. Those supporters were required to sign a waiver releasing the Trump campaign from responsibility for possible exposure to the coronavirus.

Trump campaign manager Brad Parscale on Friday said that the rally is "a much different rally," noting that the arena will have "an outer perimeter fence that allows a much larger amount of people to come."

June 19: Supporters of President Trump sleep in the early morning while lined up to attend the Trump campaign rally near the BOK Center, in Tulsa, Oklahoma. (Photo by Win McNamee/Getty Images)

"People on the internet are like, the arena is only 20,000," Parscale said on "Fox & Friends" Friday. "Well, this is more of a festival-like -- much more looking almost like a convention."

He added: "Tens of thousands of people will be able to be in attendance and we're going to have multiple places where the president can speak."

June 19: A metal bust of President Trump is on display outside the BOK Center as people line up to attend his campaign rally in Tulsa, Oklahoma. (Photo by Win McNamee/Getty Images)

Trump on Friday boasted that people already were showing up -- though crowds reportedly were being moved due to the curfew order.