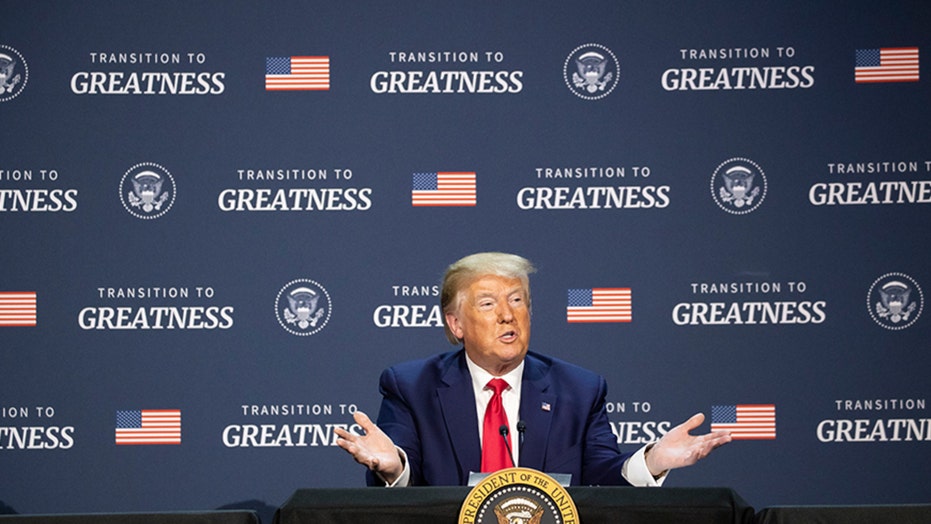 “Over 1M ticket requests for the @realDonaldTrump #MAGA Rally in Tulsa on Saturday,” Parscale tweeted Monday, adding safety guidelines for the event.

“Before entering, each guest will get: temperature check, hand sanitizer, mask,” Parscale tweeted. “There will be precautions for the heat and bottled water as well.”

The rally in Tulsa, Okla. Saturday, June 20, has received the largest number of ticket requests for any of the president’s events, the campaign has said.

The Tulsa rally was slated to take place on Friday, June 19, but was rescheduled after controversy over the event coinciding with Juneteenth, a holiday that commemorates the date in 1865 that President Lincoln’s order to free American slaves reached Texas.

“We had previously scheduled our #MAGA Rally in Tulsa, Oklahoma, for June 19th – a big deal. Unfortunately, however, this would fall on the Juneteenth Holiday,” the president wrote late Friday. "Many of my African American friends and supporters have reached out to suggest that we consider changing the date out of respect for this Holiday, and in observance of this important occasion and all that it represents. I have therefore decided to move our rally to Saturday, June 20th, in order to honor their requests."

Meanwhile, the president on Monday accused the media of attempting to “Covid Shame” him ahead of the rally.

“The Far Left Fake News Media, which had no Covid problem with the Rioters & Looters destroying Democrat run cities, is trying to Covid Shame us on our big Rallies,” Trump tweeted. “Won’t work!”

The Democratic National Committee on Monday slammed the Trump campaign, saying the event could be “extremely dangerous,” and said the president “has shown no concern for the safety and wellbeing of Americans for the entirety of his presidency.”

“He is only concerned about his own reelection and distracting from his failed response to the pandemic that led to more than a hundred thousand Americans dying and 20 million unemployed,” DNC spokeswoman Adrienne Watson said in a statement to Fox News.