EXCLUSIVE -- 2020 Republican congressional candidate Sean Parnell, a U.S. Army combat veteran, blasted CNN’s Jake Tapper recent comments about Rep. Brian Mast, R-Fla., as "below the belt" and a slap in the face to veterans from someone who bills himself as one of their closest allies.

"Obviously I’m disappointed in Jake Tapper’s comments about Brian because a part, not a small part, of Tapper’s public profile is his supposed, steadfast support of our nation’s veterans, right? For a moment, albeit a brief one, the mask came completely off," Parnell told Fox News.

During CNN's coverage of the House vote to impeach President Trump Wednesday, Tapper noted that Mast, a retired staff sergeant who served in Afghanistan, "lost his legs fighting for democracy abroad, although I don't know about his commitment to it here in the United States."

The CNN anchor wrote the 2013 book, "The Outpost," telling the story of veterans who fought in the war in Afghanistan that was eventually turned into a movie.

Tapper also spends a lot of time fundraising for veterans, advocating for them on social media and is widely considered a strong supporter of servicemen and women. However, Parnell doesn’t think Tapper treats veterans with right-leaning political views as kindly as liberals.

"It seems as though, based on watching Jake’s coverage of the news in the past and how he displays himself publicly, that really his support of veterans falls into two categories. It’s political, left-wing vets can do no wrong," Parnell said. 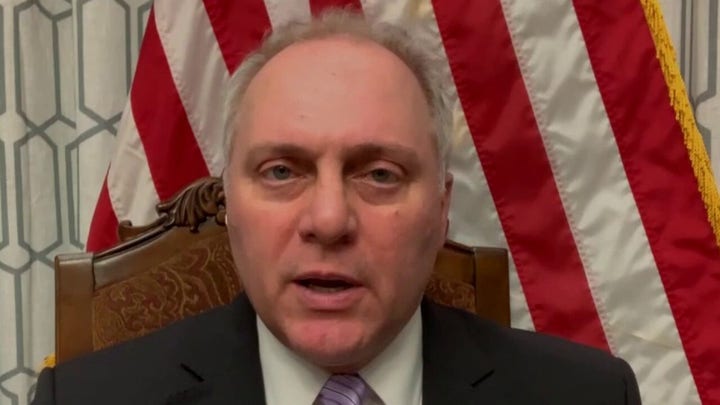 Parnell has been a victim of Tapper’s antics himself, as the CNN anchor tried to convince him not against incumbent Democrat Rep. Conor Lamb for a Western Pennsylvania House seat. Tapper suggested that Parnell would be better off running in a safer district for Republicans, but he didn’t take the advice and ran anyway (Lamb defeated Parnell in an extremely close race).

While Parnell is peeved that Tapper only seems to support liberal veterans, he’s even more disappointed that the CNN anchor would evoke Mast’s battlefield injuries in an attempt to criticize his politics.

"Jake’s comments were particularly below the belt because he specifically referenced, in the initial comment, that Brian defended democracy overseas, he even lost his legs there but his commitment to democracy here at home is in question. It’s gross and it’s reprehensible to reference a veteran’s wounds received on the battlefield and make some political point here at home," Parnell, who was also wounded in action, said.

Parnell, an Army Ranger combat infantryman with the elite 10th Mountain Division, saw 485 days of conflict along the Afghan-Pakistan border. He was wounded in action in 2006 when his platoon was nearly overrun but was later credited for saving his soldiers. He was awarded two Bronze Stars, one for Valor, and the Purple Heart.

Mast fired back at the CNN anchor via Twitter and later called for civil discourse when asked about it during an appearance on "Fox & Friends."

"I lost two legs for @jaketapper's right to say whatever the hell he wants, but that free speech also protects the Republicans he is so eager to condemn for asking Constitutional questions about the election," the congressman wrote.

Tapper appeared to double down, replying, "You’re a hero for your service and I’m grateful, as I’ve said before. And yes i question the commitment to democracy of anyone who spread election lies, signed onto that deranged TX AG lawsuit, and voted to commit sedition. You were not just asking questions."

Tapper’s response didn’t stop criticism from other veterans and House Minority Whip Steve Scalise, R-La., even called on him to apologize, but the CNN anchor continues to stand by his comment.

"I question the patriotism of anyone who spreads election lies, signs on to a mendacious Supreme Court lawsuit, and votes to disenfranchise millions of voters — including your own!! — especially with blood on the floor after a terrorist attack. You betrayed your own voters," Tapper wrote. "No one needs a lecture on integrity from a congressman who repeatedly pushed to disenfranchise his own constituents in service to a losing president’s fragile ego."

Parnell doesn’t think veterans who pursue political careers deserve special treatment, but he said he didn’t think it was necessary for Tapper to double down on his comment after the initial backlash.

"Politics is a contact sport, put on a helmet because people are gonna come after you, and I get that," he said. "He doubled down on it, thought, and basically called Brian a seditionist. A seditionist! He called him a traitor to the country for following what is a constitutionally prescribed process of objecting to electors." 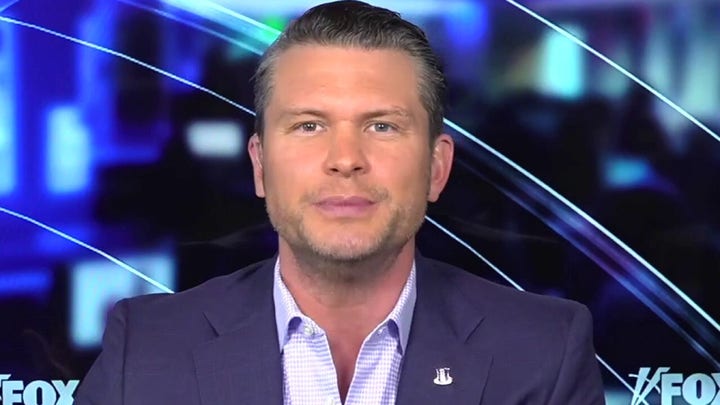 "Members of Congress have a long history of objecting to electors dating back to 1808. They’ve done it several times," Parnell said. "But so many in the media like Tapper, and indeed all of the Democrats, are throwing around words like sedition and treason, which is of course absurd, because objecting to electors is part of America’s constitutional process. So it just bothers me to no end that Jake would make a political point about a veteran’s horrific wounds received on the battlefield and double down and call him a traitor to his country after he sacrificed so much for it."

MAST RESPONDS TO CNN'S TAPPER: MY COMMITMENT TO THIS COUNTRY AND DEMOCRACY IS 'UNWAVERING'

Parnell noted that a very small percentage of Americans volunteer for service and a smaller percentage of those patriots come home wounded.

"They can feel like an exile in their own country, and that can lead to isolation and that isolation can lead to depression and that depression can lead to substance abuse issues, and in the end it can also lead, tragicly, to suicide," Parnell explained, noting that Tapper’s comments could have significant consequences if veterans are hesitant to share their stories because it "entrenches the sense of isolation" that so many veterans feel.

"It’s a shot across the bow to many veterans," Parnell said. "Here is somebody on CNN that makes their public profile about supporting veterans. Everybody knows that Jake Tapper is supposedly a big supporter of veterans. If he can say something like that, maybe I don’t have very many allies out there."

"While our country is in the midst of trying and troubling times, it’s important to remember the values and principles we share as Americans are far more important than the political and partisan issues on which we personally disagree. One such value is the appreciation for those who honorably wore our nation’s uniform, and especially for those who were wounded, injured or became ill during their military service," Lewis told Fox News.

"We applaud the service and sacrifice of Rep. Brian Mast, whose battlefield injuries helped preserve the many freedoms our Constitution provides. Like all elected officials, Rep. Mast’s voting and policy records are fair game in public discourse, though his tragic injuries should never be used as a backdrop for criticism," Lewis continued. "DAV is honored to have him as a life member."

"This is a real problem because most Americans don’t know what it takes to defend freedom, because most Americans have never served," he said. "The only way for them to understand the real cost of freedom is for veterans to talk about it. Well, how many veterans do you think, after hearing Jake Tapper ridicule another veteran's horrific wounds received on the battlefield, how many other veterans do you think are going to come forward and talk about their experience now? If somebody like Brian Mast can be ridiculed publicly to millions of people than anyone can."

Parnell also feels that the "stigma of PTSD" already keeps veterans from sharing their experiences and the CNN anchor could have made the problem worse.

"If you come out and talk about combat trauma, or the fact that you might be struggling with what you saw on the battlefield, there is a stigma around it that, ‘Hey you’re not a tough guy if you do this,’" Parnell said. "You think veterans are going to be more hesitant to come forward now after hearing Tapper’s comments? Hell no. What Jake Tapper did is further entrench the trauma, both physical and mental, that veterans feel when they come home from war and it’s exacerbated by the fact that this is someone who is supposed to be one of their greatest allies. He turned on them and stabbed them in the back."

Fox News’ Charles Creitz and Joseph A. Wulfsohn contributed to this report.