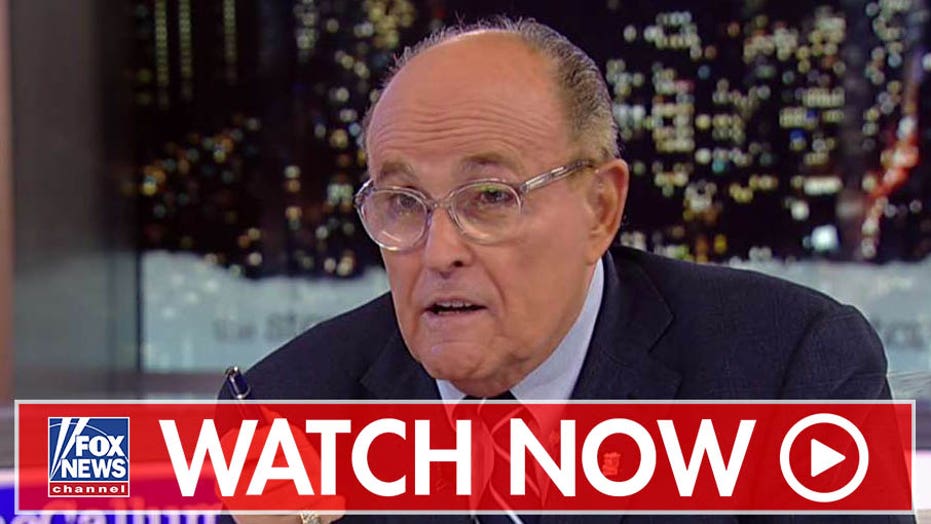 "The guy was a terrible mayor," Giuliani said, noting Booker was formerly mayor of Newark, the crime- and poverty-ridden largest city in the Garden State.

During the same appearance on Fox News' "The Ingraham Angle," Giuliani also dismissed Booker's apparent eagerness to question him at any potential Senate hearing regarding Trump administration actions. 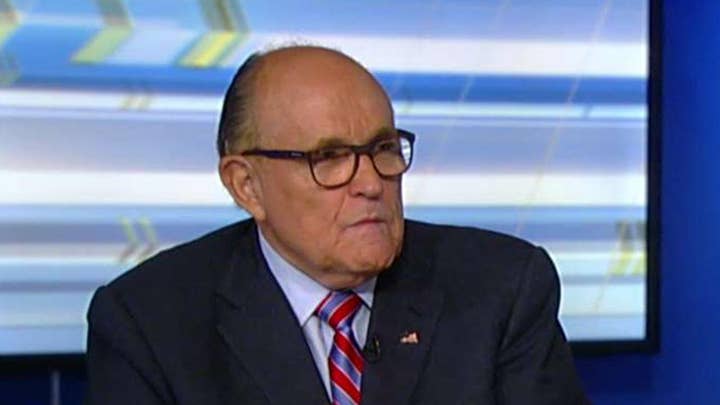 In a recent CNN interview, Booker told "AC360" host Anderson Cooper he would "savor the opportunity" to interrogate Giuliani.

"I would -- and especially if it's done publicly," he said.

"I know Rudy Giuliani is from New York -- very close to Broadway -- he loves the theatrics. His behavior has been despicable, and the lies and half-truths and the deception that he's been doing at the direction of this president and beyond is unbecoming."

On "The Ingraham Angle," Giuliani scoffed at the idea he should be anxious to have Booker question him.

"Gee, I don't know if I can handle it -- he's a really tough guy -- he really scares me," Giuliani said sarcastically. "Newark is doing fabulous."

Earlier in the interview, Giuliani also responded to Senate Judiciary Committee Chairman Lindsey Graham considering inviting him to testify before that committee to detail his allegations about former Vice President Joe Biden and his dealings with Ukraine.

Giuliani said he has to "weigh" the decision with Trump and other people involved.

"It's not a unitary decision," he said.