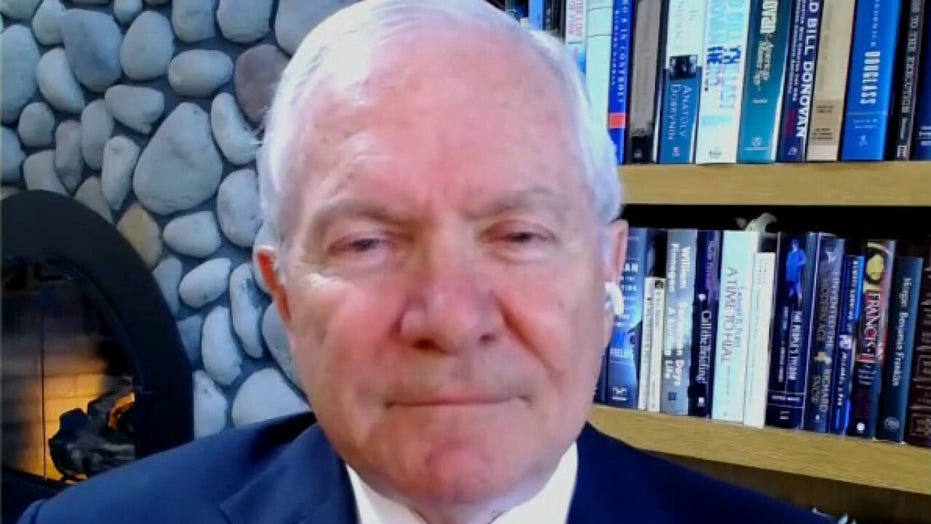 "I think the names should be changed," he told host Bret Baier. "I think it's a question of placement and time and we don't want to be in a position of celebrating people who were, in fact traitors to the United States.

GATES: OBAMA, GEORGE W. BUSH USED MILITARY AS A PROP -- BUT TRUMP ADMINISTRATION TAKES THOSE EFFORTS TO 'A NEW LEVEL'

"When it comes to statuary and so on, that kind of thing, I think, belongs in museums rather than in places where it appears that we're celebrating them," Gates added. "I've said I don't know why we don't have a Fort Ulysses S. Grant or a Fort George Patton or a major facility named for a Medal of Honor recipient So, I think this is an opportunity to make some changes that frankly bring us into the 21st century."

Gates -- who served in the administrations of Ronald Reagan, George H.W. Bush, George W. Bush and Barack Obama -- offered a stark contrast to President Trump's take on the issue, which has come to the forefront in the wake of protests following the death of George Floyd in Minneapolis police custody.

“We must build upon our heritage," Trump said Tuesday, "not tear it down. And we must cherish the principles of America's founding as we strive to deliver safe, beautiful, elegant justice and liberty for all."

In a tweet last week, Trump said: “These Monumental and very Powerful Bases have become part of a Great American Heritage, and a history of Winning, Victory, and Freedom. Therefore, my Administration will not even consider the renaming of these Magnificent and Fabled Military Installations. Our history as the Greatest Nation in the World will not be tampered with. Respect our Military!”

Gates, a longtime Soviet scholar, told The New York Times on Sunday that he was "very sensitive to the notion of rewriting history" but said Confederate symbols represented "the dark side of our history."

On Sunday, Gates joined a number high-ranking military officials who have attacked Trump's use of the armed forces for political purposes

"I think all the presidents I've worked for like to use the military as a prop," Gates told NBC's Chuck Todd on "Meet The Press". "And I think this president has probably taken that to a new level, but the military has to be very sensitive about being exploited in that way."

Todd had asked Gates about the apology from Gen. Mark Milley, the chairman of the Joint Chief's of Staff, for walking with the president through Lafayette Square after police scattered protesters in the area June 1. Media outlets initially reported that police used tear gas in order to give the president a "photo-op," something both the Secret Service and U.S. Park Police have denied.

The Secret Service recently admitted that it used pepper spray on an "assaultive individual." The administration has claimed that Attorney General William Barr made the decision to expand the security perimeter outside of the White House. Protesters were ultimately dispersed when the U.S. Park Police determined they were getting violent.