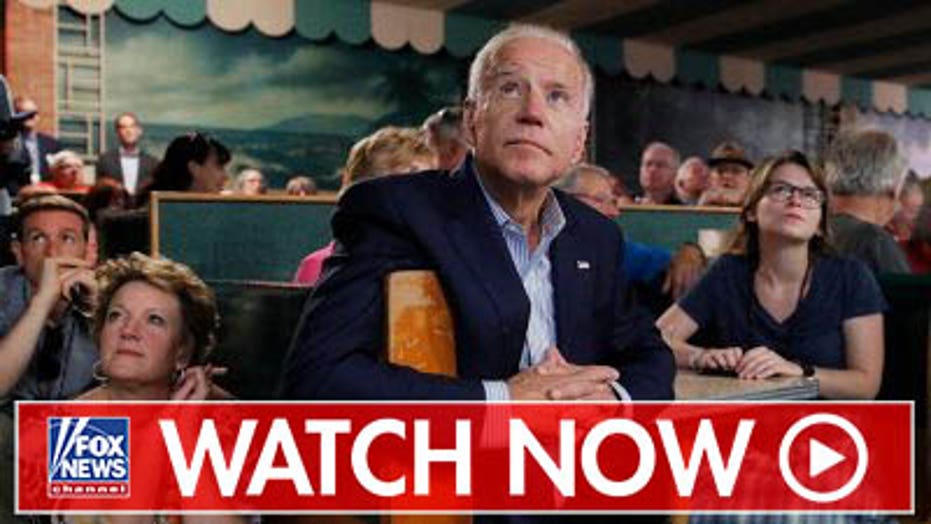 Former Vice President Joe Biden does not embody the dynamic and inspiring candidacies of the previous two presidential candidates who defeated incumbents, according to Martha MacCallum.

Bill Clinton and Ronald Reagan both ran inspiring campaigns and were dynamic characters, MacCallum said Friday on "The Five."

"You need somebody who is inspiring if you want to unseat an incumbent president," said "The Story" host, citing reports some Democratic voters are supporting Biden as a default candidate or in order to prevent a progressive from winning the primary.

"The only two people who have done that in recent history? Ronald Reagan and Bill Clinton."

To that effect, MacCallum compared Reagan and Clinton to the Delaware Democrat.

"Think about how dynamic those candidacies were," she said. "That is not what you're seeing right now on the stage. These fall debates are going to be a very big factor for these candidates. In terms of inspiration and lifting the nation in a positive message that was really embodied by those two candidates, I don't think you're seeing it here."

Defending his electoral chances, Biden told an Iowa crowd he has done very well in Pennsylvania, the state where he was born. The former senator said no recent Democratic presidential candidate has won without the Keystone State.

"I've always done very well in states like Pennsylvania and Michigan," he said. "No Democrat has ever won the presidency of late without winning Pennsylvania."

Prior to Trump's narrow victory in the commonwealth in 2016, the last Republican to win Pennsylvania was Bush in 1988.