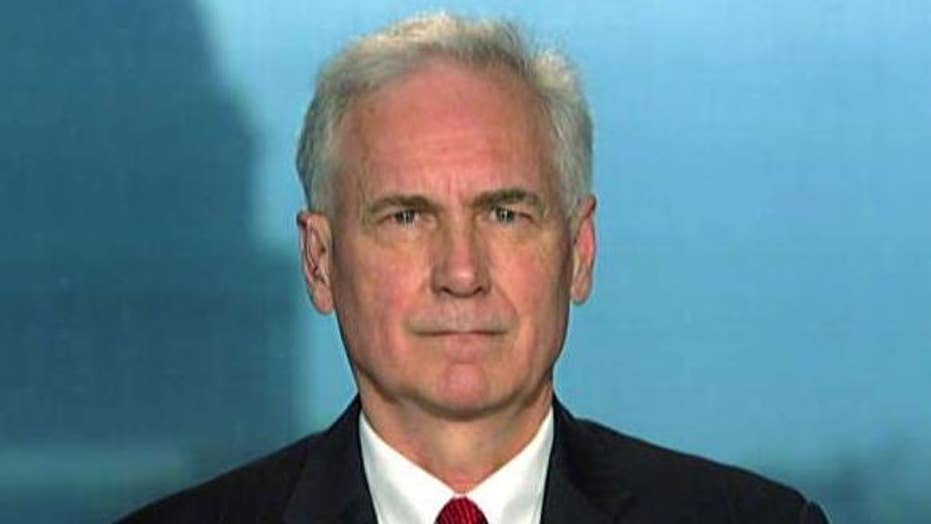 Rep. Tom McClintock, R-Calif., argued on Saturday that President Trump was right not to participate in impeachment inquiry hearings since House Speaker Nancy Pelosi, D-Calif., threw a wrench in the process by telling her caucus to proceed with articles of impeachment.

"I believe that the president should have been participating in the hearings until Nancy Pelosi short-circuits the whole process and basically with Lewis Caroll's red queen, says, 'Sentence first, verdict afterwards,'" McClintock said while appearing on "Cavuto Live."

McClintock sits on the House Judiciary Committee, which has been holding impeachment inquiry hearings and was recently told by the White House that Trump's team wouldn't participate.

"Without the committee hearing a single fact witness, [Pelosi] orders it to draft articles of impeachment. Well, that's what the deliberative process is supposed to decide," McClintock added.

He said that even if Democrats "rigged" the inquiry process in the House, the Republican-led Senate would abide by standards of due process.

Cavuto asked whether Trump was bypassing an important opportunity to make his case in the inquiry. "But the Speaker's made it very clear that opportunity is simply a facade, a charade," McClintock responded. "They've already made their decision."

He added that if the White House participated, it would "legitimize what is now a completely illegitimate process." He surmised that once impeachment reached the House, Trump would be "fully exonerated."