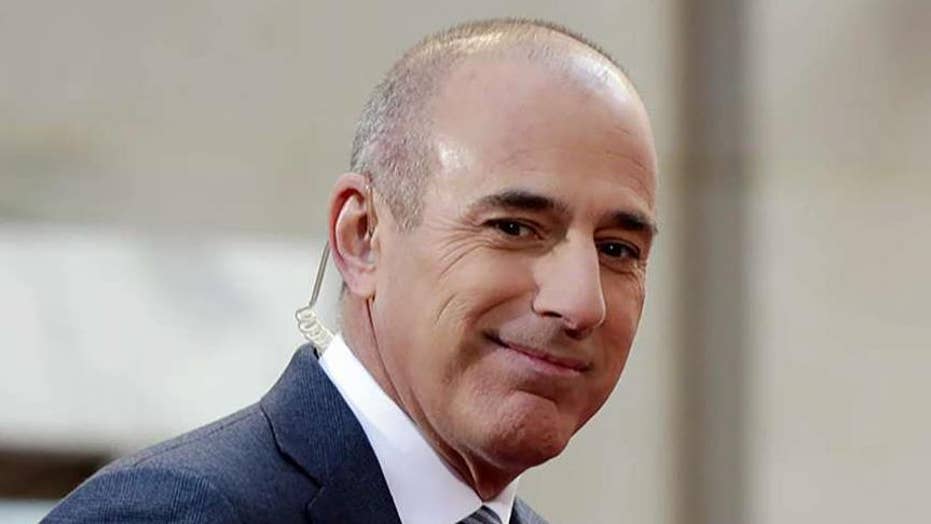 NBC News executives are again on their heels as new questions arise about how the network handled sexual misconduct allegations against Matt Lauer -- but one puzzling question is how Jeff Zucker, Lauer’s boss for many years and the current CNN president, has avoided similar criticisms.

Embattled NBC News Chairman Andy Lack and his top deputy, Noah Oppenheim are reportedly “quivering in their suits,” while Zucker has denied any knowledge of Lauer’s transgressions and still sits atop the liberal CNN.

Zucker, who began his career at the Peacock Network, rose from NBC researcher all the way to president and CEO of NBC Universal. Along the way, he was the executive producer of “Today” when Lauer was hired in 1994.

By 2001, Zucker was president of NBC Entertainment. In this role, he resumed oversight of Lauer -- then NBC’s biggest star -- and was frequently in touch with him about important matters related to “Today.”

A former NBC News employee with knowledge of Zucker’s relationship with Lauer feels the two shared a unique bond.

“They are very close friends. Jeff even did a Friars Club roast of Matt where he cracked jokes about Matt’s marital problems,” the former NBC News employee told Fox News. “At NBC, [Zucker] was the one person who could tell Matt to shut up.”

At the 2008 roast, Zucker made several lewd remarks about Lauer.

“It’s just good to see Matt up here and not under my desk,” Zucker said from the podium, according to a media executive who attended. “I don’t want to say Matt is a germophobe, but he’s the only guy I know who uses Purell both before and after he masturbates.”

When Lauer was abruptly fired by NBC for sexual misconduct nine years later, in 2017, Zucker said at Business Insider’s Ignition conference that the news was ‘incredibly disturbing” and “heartbreaking.”

Matt Lauer, Meredith Vieira and Jeff Zucker at the Friars Club roast of Matt Lauer at the New York Hilton in 2008. (Photo by Bobby Bank/WireImage) (WireImage)

“This speaks to a problem with the culture and leadership of the workplace,” Yellin wrote in a scathing Twitter thread. “Creating a workplace in which women feel they can't report harassment isn't exonerating.”

Zucker’s comments at the conference mirrored the subsequent findings of a controversial internal review that NBC News launched to determine who knew about Lauer’s alleged misconduct. Lack insisted on keeping the investigation in-house, despite calls for an outside firm to take over. NBC General Counsel Kim Harris eventually declared that her colleagues were completely oblivious to Lauer’s supposed behavior.

NBC declared that the investigation “found no evidence indicating that any NBC News or ‘Today’ show leadership” received any complaints about Lauer’s misconduct prior to the November 2017 complaint that resulted in his ousting. But once Lauer was fired, complaints began to surface and a 2017 New York Times report about a Lauer incident that allegedly happened during Zucker’s time at NBC was particularly shocking.

“One complaint came from a former employee who said Mr. Lauer had summoned her to his office in 2001, locked the door and sexually assaulted her,” The New York Times reported. “She told The Times that she passed out and had to be taken to a nurse.”

The New York Post, which first reported that a “relaxed-looking” Lauer attended the party, followed up with a report that Zucker was forced to shoot down rumors that Lauer would revive his career at CNN.

“Some staff were starting to freak out that Matt Lauer was suddenly about to come back from the dead and show up at CNN’s shiny new Manhattan office at Hudson Yards,” a CNN insider told the Post in May.

The insider added that “some senior female employees would refuse to work with him,” but the women of CNN weren’t put in that position after all. Zucker told concerned staffers that “there is absolutely no truth at all in the reports that Matt is coming to CNN,” according to the Post.

Ronan Farrow’s upcoming “Catch and Kill” contains a disputed claim that Lauer raped an NBC colleague during the 2014 Olympics in Sochi, Japan. While NBC found the bombshell claim important enough to cover on its own “Nightly News” and “Today,” Zucker’s CNN completely ignored the story during prime time.

“Anderson Cooper 360,” “Cuomo Prime Time,” “CNN Tonight” and “White House in Crisis” failed to mention Lauer on Wednesday, according to a review of transcripts by Fox News.