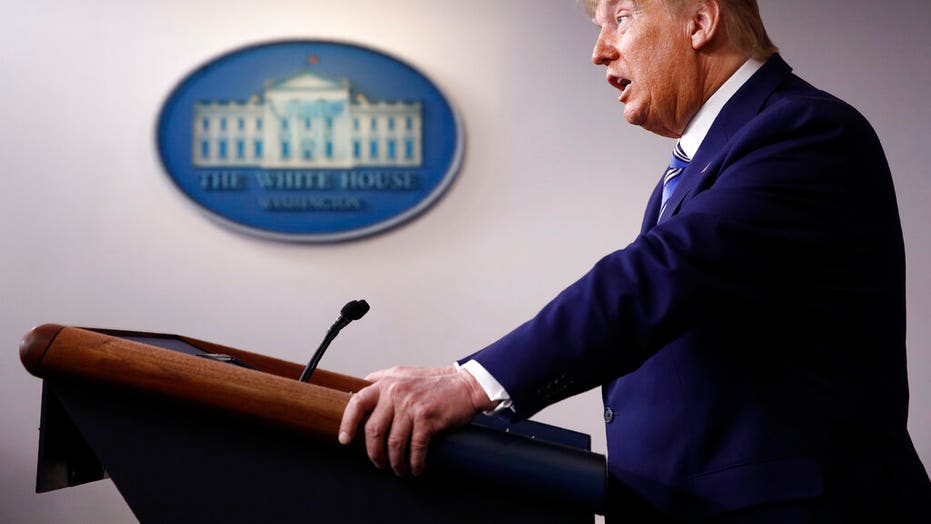 WH Press Sec: It looks like May will be a transition for the U.S. economy

White House Press Secretary Kayleigh McEnany confirmed Saturday that May seems like it will be an economic transition period for the United States as states safely reopen under "data-driven guidelines" from the Trump administration.

In an interview on "Fox & Friends Weekend" with hosts Jason Chaffetz, Jillian Mele, and Pete Hegseth, McEnany noted that there is a "lot of pent up demand in this country" with "a lot of people at home who are ready to get out there and fuel [the U.S.] economy."

"And, we believe this economy will come back and come back in a very strong way because we have the man at the helm, President Trump, who ushered in the greatest economy in modern history," she stated confidently.

For the last few weeks under stringent coronavirus "stay-at-home" orders, Americans across the nation have taken to the streets to protest what they deem unreasonable measures put in place by their governors to stop the spread of the pandemic.

As the deadly virus has taken the lives of over 50,000 Americans, it has also taken the livelihoods of millions with many warning that the resulting consequences for the U.S. economy -- if closed further -- could be calamitous. 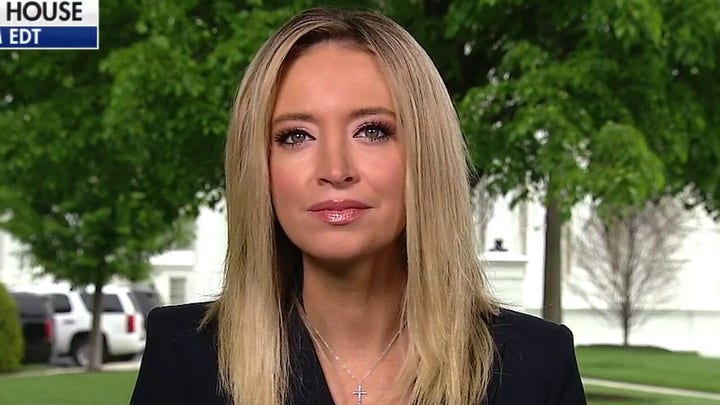 Another 4.4 million Americans filed for unemployment claims last week, the Labor Department reported Thursday, bringing job losses since the outbreak triggered widespread "stay-at-home" measures to more than 26 million. The impact has completely erased the entirety of the 22.78 million labor market gains since the Great Recession more than a decade ago.

With a labor force that totals about 162 million people, the claims figures suggest the unemployment rate is about 16 percent, or roughly one in six Americans — significantly higher than the 10 percent peak seen during the 2008 financial crisis. The previous one-week high for jobless claims was 695,800 in 1982.

As unemployment numbers soar, politicians on both sides of the aisle have been desperately working on emergency stimulus packages to provide relief, but the money keeps running out.

Protesters against the coronavirus shutdown rally in front of State Capitol in Madison, Wisconsin, on April 24, 2020. - The coronavirus pandemic soared past 50,000 in the US. (AFP/Getty)

The measure included an additional $310 billion in funding for the Paycheck Protection Program (PPP). $60 billion of the funding is reserved for community banks and small lenders, $75 billion for hospitals, $25 billion to support testing efforts, and $60 billion for emergency disaster loans and grants.

"The CARES Act was a great stopgap measure as we waited and American workers needed those direct payments," McEnany remarked. "Again, Nancy Pelosi and Chuck Schumer delayed that for a week. You know, she's out doing late-night TV in front of her ice cream freezer, but President Trump has really motivated both parties to get back to work. The Democrat Party especially." 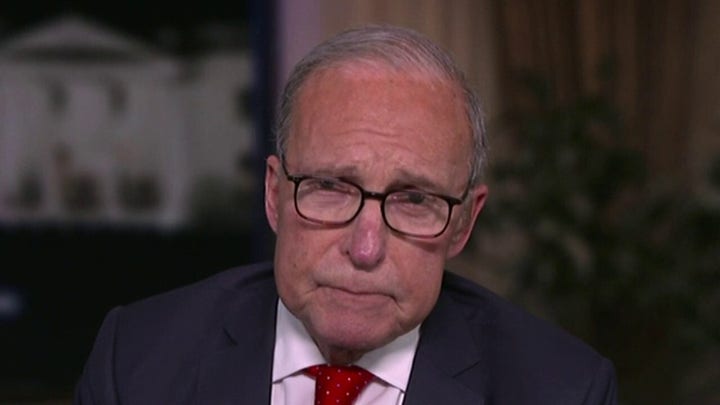 On April 16, White House National Economic Council Director Larry Kudlow admitted that the economic statistics for the second quarter of this year will be "pretty awful."

"Look, the important thing here is the president's guidelines with the doctors giving us a pathway to reopening the economy," Kudlow said on "Hannity." "We have to be safe. We have to be healthy."

Kudlow focused on White House guidelines to give the country a boost, predicting May will be a "transition month" across America.

"The key point is we've laid out a pathway, [a] guideline for all the state governors across the country who will then begin to reopen the economy. It'll be done in phases," he explained. "May will be a transition month. But this thing will get us back on track. I mean, the economy look, in the last four weeks, these numbers are very painful because they have hardship written all over them."

McEnany affirmed to the "Friends Weekend" hosts that it "certainly seems that way" to her.

"Look, you have had 16 states who have put out reopening plans. 34 states say those plans are forthcoming. And, this is made possible because when you look across the country -- as of Thursday -- in 46 states we saw a decline in symptoms of COVID-like illness," she reported.

"So, this president has put in place measures that have been very important like testing [with] 5.1 million tests conducted -- two times that of any country in the world -- and N95 respirators, putting those in hospitals, protecting our health care workers...He's done the things on the front end that have prepared us to slowly reopen and reopen in a safe way," McEnany added.

“We had more testing than all of those nations put together that we mentioned the other day — all of them put together,” President Trump insisted Wednesday. “And we’re going to be, within two weeks, at a level that nobody has ever even seen before.”

"This president is a businessman," McEnany pointed out.

"He's ready to get back to work, but he's going to do so safely and he's put in place the measures and data-driven guidelines to make that happen," she concluded.