Politicians on 'both sides of the aisle' are to blame for police officer deaths: Ted Williams

The Fox News contributor joined 'America's Newsroom' to discuss the spike in police officer deaths, which jumped 50% in 2021.

Fox News contributor Ted Williams blamed politicians on "both sides of the aisle" for the spike in police officer deaths nationwide Monday during "America's Newsroom." Williams told Julie Banderas the defunding the police movement has contributed to the spike as dozens of officers have been killed in 2021 alone.

TED WILLIAMS: I blame politicians on both sides of the aisle and all over this country. We had this so-called defunding the police movement, where law-abiding citizens in these various communities were crying out for more funding for police officers. The politicians were talking about defunding. A lot of it started clearly with the death of George Floyd in Minneapolis, Minnesota, but that's some of the stuff that's going on, unfortunately in the country right now. 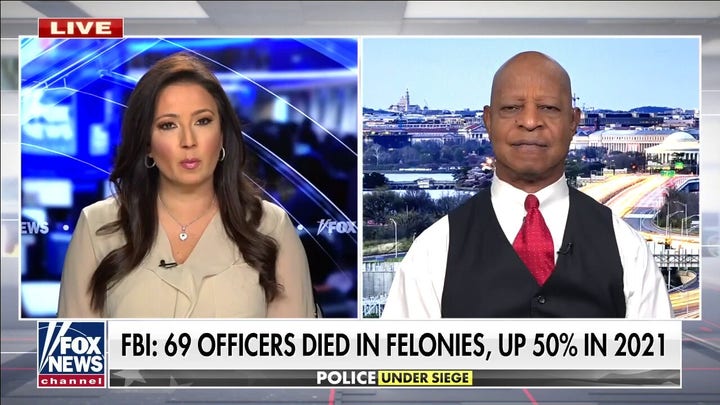