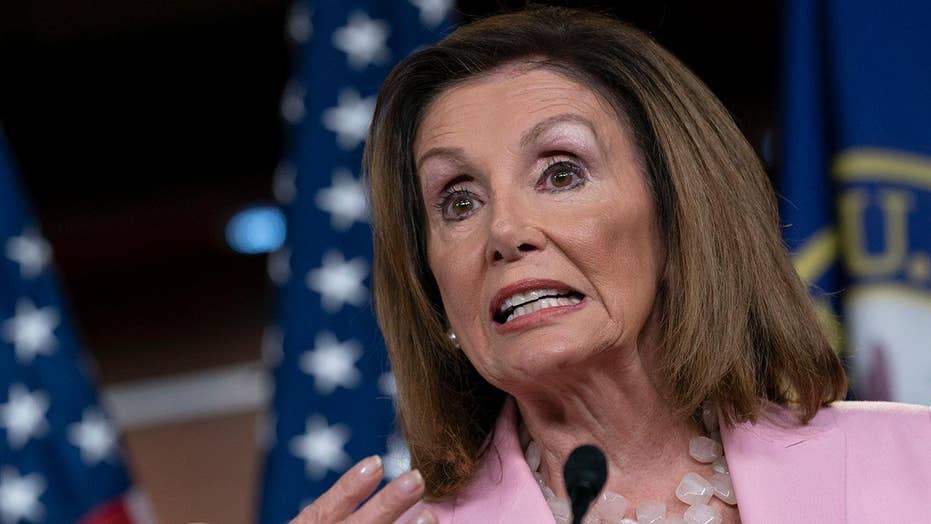 Nancy Pelosi to address the media on impeachment

Ahead of an expected announcement of an official impeachment inquiry, House Speaker Nancy Pelois, D-Calif., revealed her emotional state ahead of the potentially massive move.

Speaking at The Atlantic Festival on Tuesday, Pelosi said it is: "sad to think that a president would perform an impeachable offense. It's hard. it's hard to say that we've gotten to that place but what would be [an] impeachable offense would be that which is proven in an investigation."

The Constitution grants the House of Representatives the power to investigate impeachable conduct while the Senate maintains authority for ultimately removing the president from office. Fox News has confirmed that Pelosi will announce the probe at 5 p.m. ET.

During the event, which was held prior to the expected announcement, Pelosi indicated she would be backing official impeachment proceedings, arguing that she would need an official investigation to determine whether the president engaged in "impeachable" conduct.

Tuesday's developments come after Pelosi repeatedly resisted calls for impeachment for much of 2019, after new evidence surfaced in the Russia investigation.

Trump has denied any wrongdoing, tweeting that he would release the full unredacted transcript of their phone conversation.

"No pressure and, unlike Joe Biden and his son, NO quid pro quo! This is nothing more than a continuation of the Greatest and most Destructive Witch Hunt of all time!" he said.

Pelosi, during Tuesday's event, also claimed Trump was "making lawlessness a virtue in our country" and tried to "exploit" his power with Ukraine.