On Fox Nation’s “Deep Dive,” a panel of experts broke down President Trump’s speech to the United Nation’s General Assembly.

“If you want freedom, take pride in your country.  If you want democracy, hold on to your sovereignty, and if you want peace, love your nation,” said Trump in a portion of his address before the world body in New York City.

Assistant editor of the Wall Street Journal editorial page and Fox News contributor James Freeman said those remarks must have come as a shock to many in the audience.

“This is not exactly… what I would say a lot of the people gathered at the U.N. want to hear.  They want to hear that they are important and they’re kind of the guarantors of peace and justice in the world, but he’s saying ‘no’, it’s not organizations like that -- it’s the American republic for example and our love of this country that protects our freedom,” remarked Freeman.

“I think this was his best speech by a long shot… He was celebrating the American people.  But I also think what he did was he articulated for the first time – in great detail – what ‘America First’ means and what ‘Make America Great Again Means.’”

McFarland continued, “So for ‘America First’ it means that it is the sovereign responsibility of any leader of any country to put his own people first and his own country first. It’s foreign policy malpractice if you do anything else… Trump to me has now become the President that I always hoped he’d be.  He’s going to talk about the greatness of America and not just the greatness of Donald Trump.” 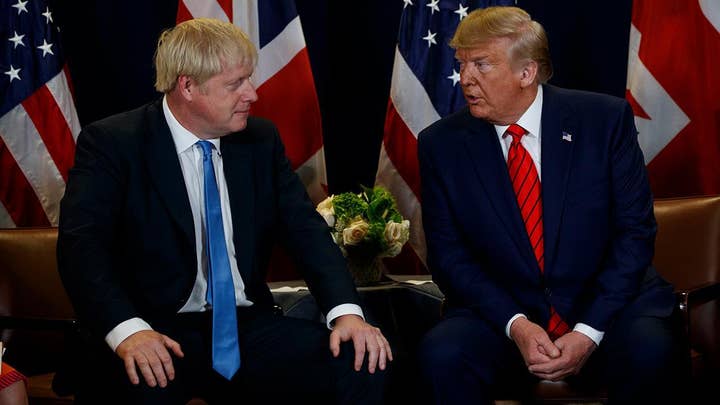 The former deputy National Adviser also observed that the President’s speech was a rebuke of both globalism and authoritarianism.

“It was a dis and a criticism of internationalism, which has been governing both the Republican and Democratic party and the United Nations… for decades… He’s saying ‘no, no, no’ nationalism is in fact the foundation of the liberal world order.”

“But at the same time, he did a subtle dig to authoritarianism and countries like China and Iran and North Korea, who try to control their populations from the top down.  He was celebrating freedom, integrity, free choice, democracy, and all of the things that we used to believe in from the Bill of Rights, from the Declaration of Independence and from the Constitution,” said McFarland.

McFarland was joined on the panel by Fox News Contributor and senior fellow at the National Review Institute, Andrew McCarthy.

Freeman asked McCarthy, “When you hear this Trump ‘liberty agenda’ what does it suggest to you?”

“I think the order of nation-states, which was the predominant order – if you take a long view of modern history prior to World War I – was the order that led to ultimate progress in the world.  And I think that for the United States, we are in a better position to help the world as the ‘shining city on the hill’ rather than in these international arrangements where in order for them to proceed you have to compromise with terrible regimes,” said McCarthy.

McCarthy concluded, "To the extent that the President is saying... we have to be American, we have to be what America is about to fulfill America's mission in the world, which is promoting liberty and promoting stability, I think he is right about that."