The rapidly escalating controversy over President Trump’s alleged efforts to pressure Ukraine to investigate the Bidens has, in turn, quickly increased pressure on House Speaker Nancy Pelosi from within her Democratic caucus to take a definitive stance on impeachment proceedings.

While House Judiciary Committee Democrats already have launched what they describe as impeachment proceedings, Pelosi, D-Calif., until now has taken a cautious approach.

But in the wake of reports that the White House froze millions in aid to Ukraine shortly before Trump allegedly pressured Ukrainian President Volodymyr Zelensky to probe former Vice President Joe Biden and his son, Hunter, numerous congressional Democrats have publicly backed an impeachment inquiry. This includes some centrist members and senior Democratic lawmakers who had earlier shied away from such calls.

The disagreements are likely to come to a head at a caucus meeting late Tuesday afternoon, where Fox News is told she'll announce a formal impeachment inquiry.

“She’s all but out of options,” a Democratic source told Fox News ahead of the meeting.

Speaking at a Washington forum with Atlantic editor Jeffrey Goldberg, Pelosi confirmed she’d be making an announcement at 5 p.m. ET, without going into specifics.

However, she seemed to set the table for an impeachment-related statement, accusing the director of national intelligence of “breaking the law” at the administration’s direction by not releasing a related whistleblower complaint.

As for concerns about the political implications of moving on impeachment, Pelosi said: “This is about patriotism.”

“The president is making lawlessness a virtue in this country,” Pelosi said.

She even argued that it won’t be necessary to prove Trump delivered a “quid pro quo” – a comment that came as Trump announced, via Twitter, that he’ll be releasing a transcript of the phone call in question. 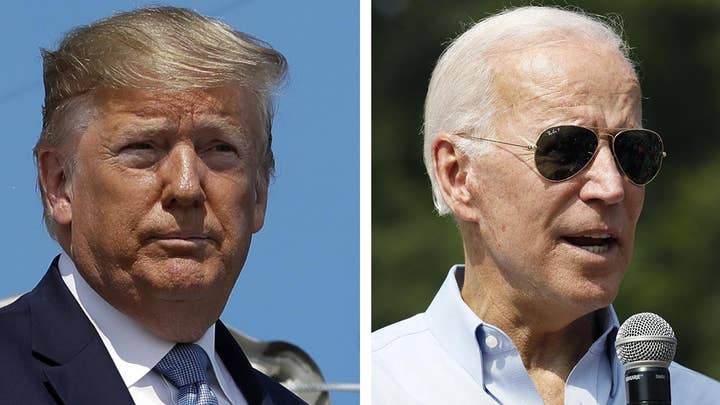 “He’s not been able to deliver accountability surrounding the litany of crimes committed by the Trump syndicate,” the source told Fox News.

A senior House Democratic source told Fox News there even has been discussion of a select committee to conduct an impeachment inquiry against Trump -- a move that would take it out of Nadler's hands. But the situation is fluid and other sources say they are waiting to hear from Pelosi during the caucus meeting.

By Tuesday, even senior members of the caucus were joining the impeachment chorus.

In an emotional speech on the House floor, Rep. John Lewis, D-Ga., called for an impeachment investigation, saying he "has waited.”

“Sometimes I’m afraid to go to sleep for fear that I will wake up and our democracy will be gone, will be gone, and never return,” he said. “This administration demonstrates complete disregard and disdain for ethics, for the law and for the constitution. They have lied under oath, they have refused to account for their action and appear before (a) legislative body, who have the constitutional right to inquire about their activities.”

He added: “We cannot delay. We must not wait. Now is the time to act.”

“The future of our democracy is at stake. There comes a time when you have to be moved by the spirit of history to take action to protect, preserve the integrity of our nation,” he continued. “I believe, I surely believe the time to begin impeachment proceedings against this president has come. To delay or to do otherwise would betray the foundation of our democracy.”

The new impeachment wave began after a whistleblower complaint was reported last week that involved allegations that Trump made an unspecified “promise” to Ukrainian leader Volodymyr Zelensky. A person familiar with the situation told Fox News that the whistleblower in question did not have “firsthand knowledge” of Trump’s conversation with Zelensky, but Democrats want to see the complaint.

The discussions apparently involved efforts to pressure Ukraine to look into a separate controversy involving the Biden family.

Joe Biden has acknowledged that during the Obama administration, he successfully pressured Ukraine to fire its top prosecutor, Viktor Shokin, who was investigating the natural gas firm Burisma Holdings, where Hunter Biden was on the board. Trump and his allies have openly voiced concerns about the now-Democratic presidential candidate's role.

At issue now is whether Trump sought to withhold military aid as leverage in seeking an inquiry.

Trump, on the sidelines of the United Nations General Assembly on Tuesday, insisted he sought to hold up the Ukraine aid because he “wanted other countries to pay.”

But amid the reports about the frozen Ukraine aid money, late Monday night a slew of key swing-district Democrats publicly offered their support for opening a formal impeachment inquiry. Seven centrist Democratic freshmen lawmakers who served in the military and national security announced in an op-ed in The Washington Post that if Trump pressured Zelensky to investigate the Bidens for political benefit, it’s impeachable. The lawmakers included Reps. Gil Cisneros of California, Jason Crow of Colorado, Chrissy Houlahan of Pennsylvania, Elaine Luria of Virginia, Mikie Sherrill of New Jersey, Elissa Slotkin of Michigan and Abigail Spanberger of Virginia.

The Democrats wrote in The Washington Post they "do not arrive at this conclusion lightly."

Also, later Monday night, Hawaii Democratic Sen. Brian Schatz and Michigan Democratic Rep. Debbie Dingell endorsed an impeachment inquiry. Such an inquiry would not be an impeachment vote, but rather an investigative process that could lead to actual impeachment.

There are now 164 House Democrats who have signaled strong support for possible impeachment proceedings. (235 Democrats and 198 Republicans are in the House, with one independent -- and a majority would be required to successfully impeach the president. An unlikely two-thirds vote in the GOP-controlled Senate would be needed to convict and remove the president.)