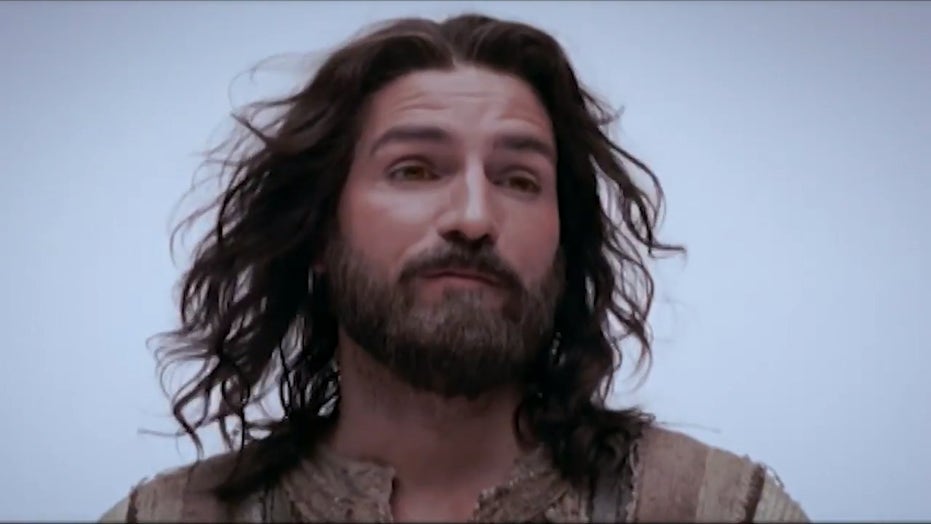 Exclusive interview with James Caviezel of 'The Passion of the Christ'

James Caviezel, the actor who portrayed Jesus Christ in the film, "The Passion of the Christ," revealed the painful, behind-the-scenes mistake that made it into the final cut of the hit 2004 movie.

In an exclusive Fox Nation interview, Caviezel told Fox News contributor and Fox Nation host Raymond Arroyo that he was injured while filming of Jesus' walk through the streets of Jerusalem's Old City, the path that Jesus took to his crucifixion.

Caviezel carried a heavy wooden cross in the scene, as did Jesus, and when he fell, the cross came down on top of him.

WATCH 'THE PASSION OF THE CHRIST' ON FOX NATION

"As I went down, the cross... it actually struck my head and buried my head in the sand. And I bit through my tongue," he said, "Now, in the tape, you'll see streams of blood coming down from my lip. That's actually my own blood."

Caviezel's shoulder was also badly hurt, but he worked through the pain and delivered his lines to actress Maia Morgenstern, who played the Virgin Mary.

"At this time, the shoulder is out and I was trying everything I had to get my arm over [the cross]," he continued, "And it looks like it's the most extraordinary take because it looks like I'm cherishing our cross, which is our faith, and hugging it but in the most beautiful way.

"It wasn't beautiful to me," he acknowledged with a laugh, "because it hurt like hell. .. my AC joint had been torn."

"The Passion of the Christ" was produced by Newmarket Films and earned $612 million worldwide on a $30 million production budget, making it the most successful independent film ever.

Caviezel was also seriously hurt in another scene -- the portrayal of the scourging of Jesus by Roman soldiers, during which he was accidentally struck. 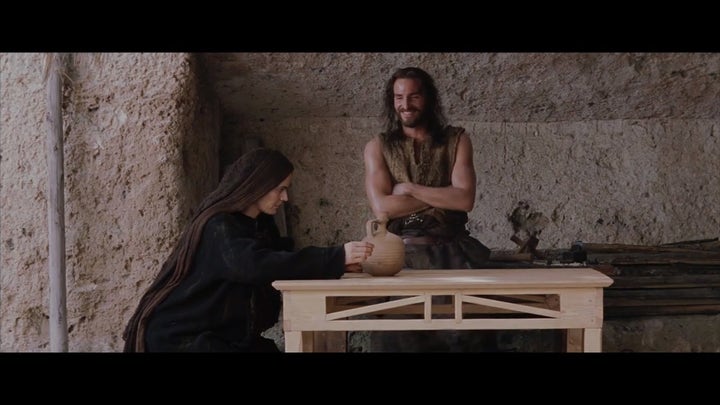 "I had a 14-inch gash right on my back," he said, "I ripped my hands out and walked out of the take and I fell down. But it's an extraordinary experience because I got hit and it froze my diaphragm, which was like getting... the wind knocked out of you."

That footage did not make it into the film.

"A lot of these mistakes were occurring, but it was making something much more beautiful that will last forever," he said, reflecting on the production.

"It seems every Lent, every Easter, people gravitate back to this movie," observed Arroyo, "It is amazing to me, after all these years, more than 10 years, 'The Passion of the Christ' remains this force that people returned to year after year,"

"Why do you think they keep going back to it?" he asked Caviezel.

"I think it's like the Bible. People are going to keep reading it. They've been reading it for thousands of years," Caviezel said. "I think that Mel Gibson and I did very clearly stick to that and not much has changed in 2000 years. Jesus is as controversial now that he's ever been." 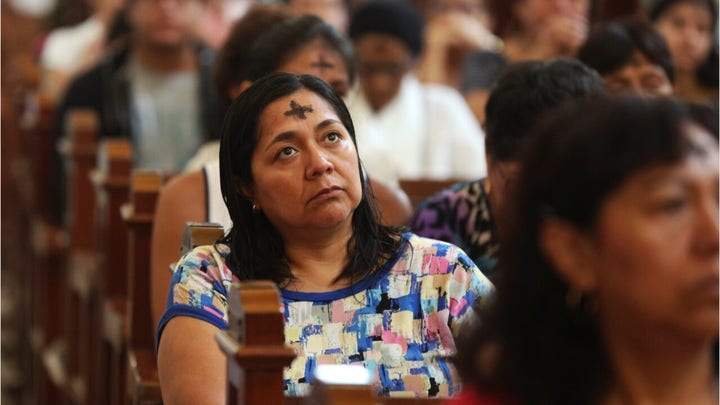 "It's a film that when you watch it, it asks you a big question, 'Hey, where are you going to go? What character are you playing in the Bible?" he observed.

Caviezel also opened up about a long-rumored sequel to the hit film.

"Mel Gibson is talking about doing a sequel to 'The Passion.' He's been working on it for a number of years. Where is it now?" asked Arroyo.

"Fifth draft," revealed Caviezel.  "It's going to be a masterpiece. It's gonna be the biggest film in world history, I believe it will be based on what I feel in my heart.

WATCH: 40 DAYS AND 40 NIGHTS: A LENTEN JOURNEY ON FOX NATION

"It's so imperative in this time. These films can't be made now," he said, suggesting that the film industry overlooks biblical films.  "The films they make are Marvel Comics movies. You'll see Superman. You won't see Jesus... I got to play the greatest superhero there ever was."

In 2016, The Hollywood Reporter reported that the sequel would be titled, "The Passion of the Christ: Resurrection."

To watch all of Raymond Arroyo's exclusive interview with Jim Caviezel and the full movie "The Passion of the Christ," go to Fox Nation and sign up today.