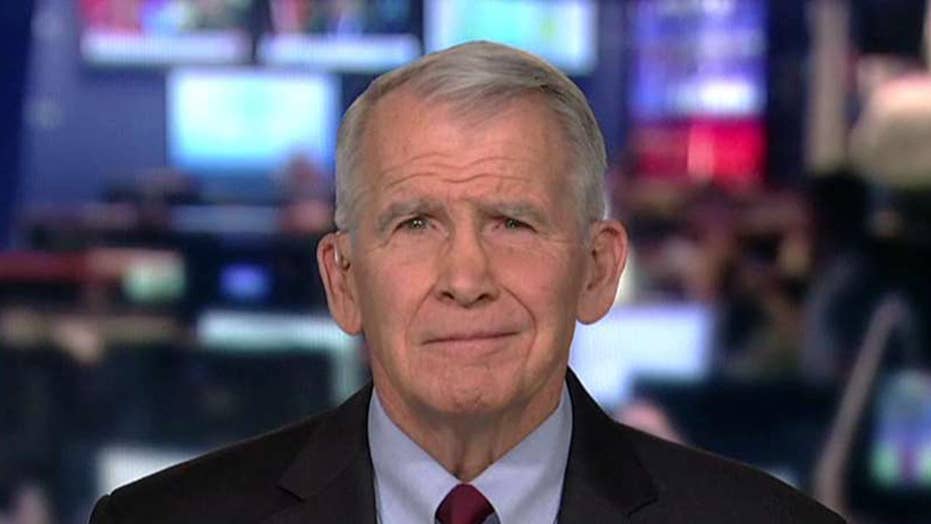 "I was pleased to see him explain to the world why we did what we did," North said on "Hannity" of Trump's decision to order a drone strike that killed Iran Gen. Qassem Soleimani. "I don't think he [Trump] backed down at all. I think he laid out the parameters that if you kill an American, someone in Iran is going to be paying the price for that."

North also praised Trump for his efforts to aid American forces stationed in the Middle East and slammed the mainstream media for their failure to cover the issue.

"Let me give you three things that he will never get credit for because the rest of the so-called mainstream media doesn't want the American people to know it," North said.

"Way back in May, he [Trump] convinced the Russians not to sell one of the finest and most effective aircrafts in the world... to Iran. Now, people didn't hear boo. They didn't look at it," said North.

"Number two, last week he started delivering ... missiles and aircraft out there to the [Middle Eastern] region," he added.

"Then, this week they started sending six B-52s. A B-52 is a standoff weapon. They carry 20 cruise missiles. Twenty times six. That's a whole bunch of cruise missiles coming down in your oil refinery," North said. "We can launch an attack that will shut the country down completely."

"Those are the kinds of things that he started in motion months ago," North said. "He's never going to get the credit for it."

In his address Thursday, Trump touted the strengthening of the military under his administration but added: "The fact that we have this great military and equipment, however, does not mean we need to use it. ... We do not want to use it."

His remarks come after Iran fired 16 ballistic missiles into Iraq. Eleven missiles hit the Ain al-Asad Air Base, which houses U.S. troops, one missile hit a U.S. military base in Erbil, and four missiles failed to hit their targets.