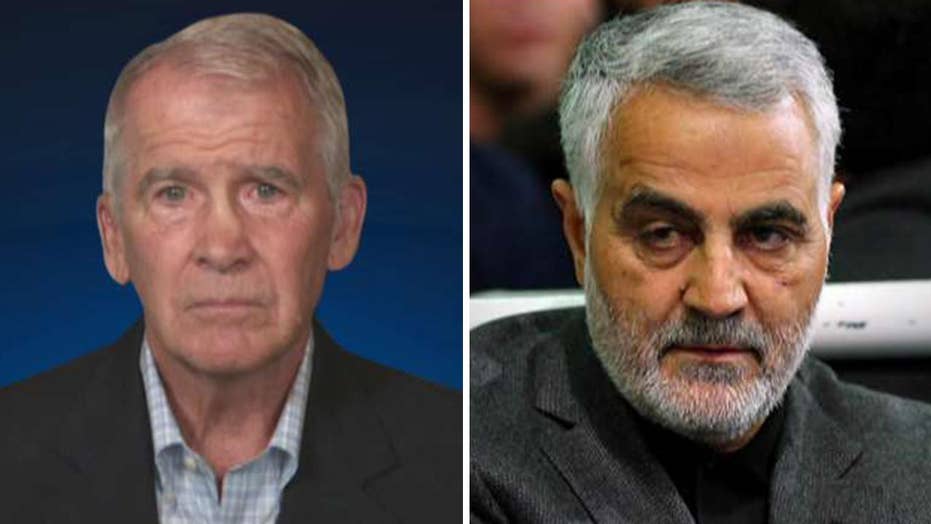 Oliver North: Soleimani has been the purveyor of terrorism for Iran for more than a decade

"The bottom line of it is, Soleimani has been a purveyor of terrorism for the Iranians for better than a decade," North said Thursday on "Hannity." "More than any other individual since Usama Bin Laden ... He's killed more Americans than anybody else since then."

Thursday's attack, which the Pentagon said was directed by President Trump, also killed Abu Mahdi al-Muhandis, the deputy commander of Iran-backed militias known as the Popular Mobilization Forces. In all, at least seven people were killed and at least three rockets were fired, officials told The Associated Press.

An official, speaking on condition of anonymity, said al-Muhandis had arrived to the airport in a convoy to receive Soleimani whose plane had arrived from either Lebanon or Syria. The airstrike occurred as soon as Soleimani descended from the plane to be greeted by al-Muhandis and his companions, killing them all.

"The remarkable thing of it is the intelligence that's been collected to find out where he is, where he's going, and when he's going there," North said. 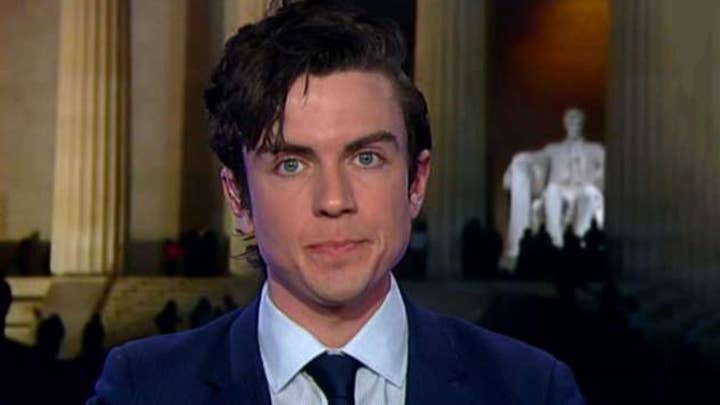 "One of the things that our mainstream media constantly does is it berates our president for denigrating the people who are involved in our intelligence collection," North added. "The reality of it is that he knows more about it than the swamp or any of those 'never Trumpers' ever imagined."

North, who served on the National Security Council staff during President Ronald Reagan's administration, added that Soleimani's death will "reduce the number of terror attacks dramatically."

Hours after the attack was announced, President Trump tweeted a simple image of the American flag.

"Soleimani is no more and that's a good thing for every American and every freedom-loving person," North went on.

The White House has not yet formally commented on the attack.