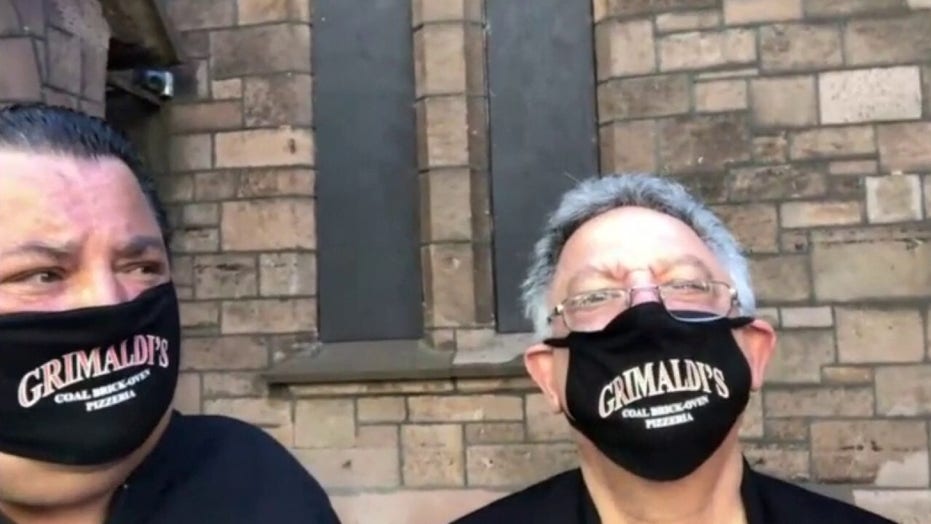 The owner of a New York City pizza shop told “Fox & Friends Weekend” on Sunday he plans to reopen on Monday despite the governor's order that he is not yet allowed, saying he is fed up with the city’s leadership.

“I want to go back to us serving pizza and wine instead of having guard dogs here,” Anthony Piscina, the owner of Grimaldi’s Coal Brick Oven Pizzeria in Manhattan, said while standing near a large dog.

“We want to go back to normal,” he added.

Piscina made the comments shortly after New York City Mayor Bill de Blasio announced an early end to the city’s curfew amid the George Floyd protests after demonstrations remained largely peaceful on Saturday.

John Moore, the pizzeria’s general manager, said lifting the curfew is “a good move because people want to get back to normal.”

“The curfew, the way it was imposed, it cut our business, the little bit that we had, down to zero,” he explained. 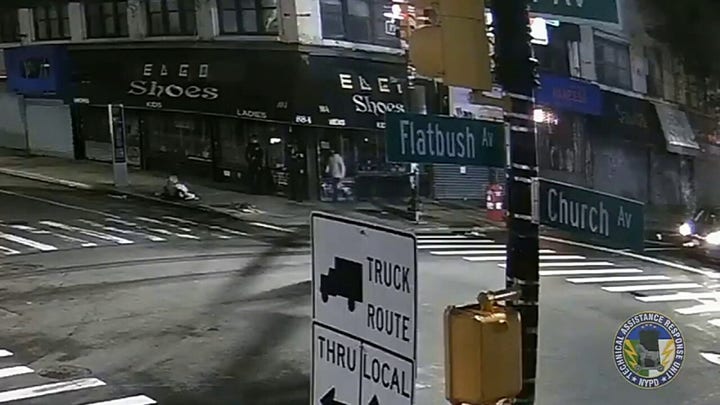 "Tomorrow we take the first big step to restart. Keep staying safe. Keep looking out for each other," de Blasio added in the tweet on Sunday.

The early end to the curfew comes as the city, which has been considered the epicenter of the coronavirus pandemic in the United States, enters Phase 1 of its reopening plan on Monday amid the outbreak -- becoming the last part of the state to reopen after the lockdowns were put in place in an effort to slow the spread of the virus.

New York Gov. Andrew Cuomo announced last week the state will start to allow outdoor dining at restaurants in much of the state outside of New York City and its suburbs, specifically those regions that have entered the second phase of his four-step reopening plan.

Piscina said he plans to reopen his New York City pizzeria on Monday, even though he is not yet allowed under the governor’s plan.

He noted that he plans to reopen on Monday even though rioters targeted his pizzeria, located on 6th Ave.

“The protesters are fine, they’re organized, but the looters, we had about maybe five, 600 looters, they came for the pizzeria,” Piscina said on Sunday. “We had to barricade the door to stop them from coming in.”

Moore said, “We had to protect the church and the store at the same time.”

“This building has been here since 1852 and we want to be here for another couple hundred years,” he continued.

Moore went on to say the people looting “came down from I don't know where, but they showed up and they destroyed every store on this whole 6th Avenue.”

He said he wants to see more of a police presence. 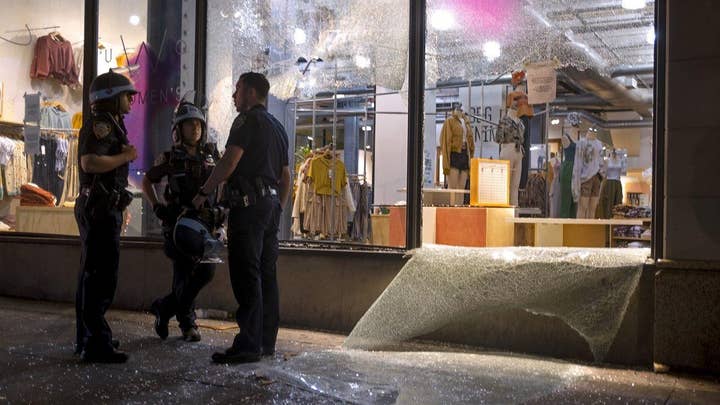 Protests were sparked over the May 25 death of Floyd, a black man who died after a white Minneapolis cop was seen kneeling on his neck in a viral video. In many cities, including New York City, peaceful protests have devolved into riots at night, leading to widespread violence and looting.

“The police are outnumbered with the looters,” he noted. “They're really having a hard time.”