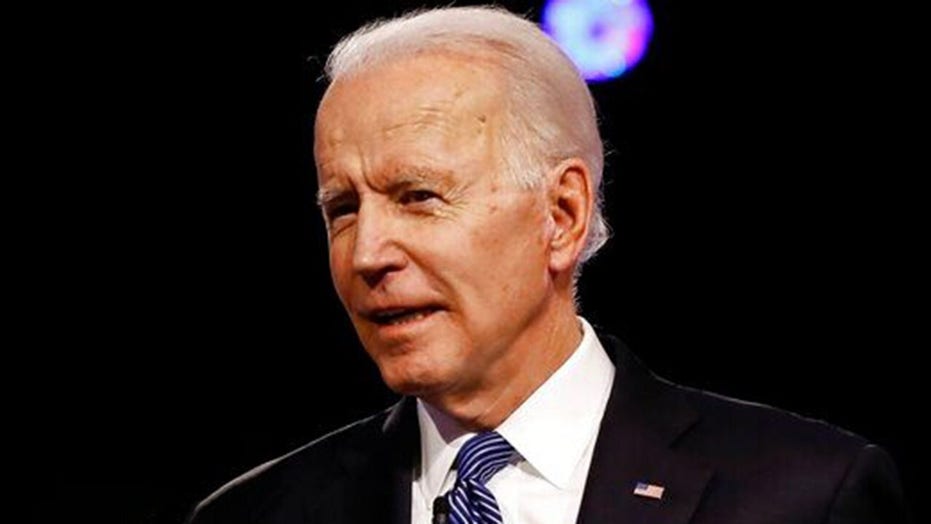 The New York Times rebuked the Biden campaign on Wednesday, telling Fox News that the reported talking points that have been circulated to prominent Democrats "inaccurately" describe the paper's reporting on the candidate's accuser Tara Reade.

The spokesperson continued, "The story also included former interns who remembered Reade suddenly changing roles and no longer overseeing them, which took place during the same time period that Reade said she was abruptly reassigned. The Times also spoke to a friend who said Reade told her the details of the allegation at the time; another friend and Reade’s brother say she told them of a traumatic sexual incident involving Biden."

On Tuesday, BuzzFeed News reported that despite strong denials the campaign has issued to various media outlets, aides for former Vice President Joe Biden are taking Reade "seriously enough behind the scenes to coordinate messaging among other Democrats to try to cast the matter as one that’s been thoroughly vetted and determined to be unfounded."

The "talking points" reportedly read, “Biden believes that all women have the right to be heard and to have their claims thoroughly reviewed In this case, a thorough review by the New York Times has led to the truth: this incident did not happen.”

According to the copies BuzzFeed News obtained from two individual Democratic operatives, the talking points continue, “Here’s the bottom line. Vice President Joe Biden has spent over 40 years in public life: 36 years in the Senate; 7 Senate campaigns, 2 previous presidential runs, two vice presidential campaigns, and 8 years in the White House. There has never been a complaint, allegation, hint or rumor of any impropriety or inappropriate conduct like this regarding him — ever.”

Biden himself has yet to be asked about the allegations.

However, two prominent Democrats who are apparently on Biden's shortlist of VP picks have indeed cited the Times' reporting in their defense of the presumptive Democratic nominee: former Georgia gubernatorial candidate Stacey Abrams and Sen. Amy Klobuchar of Minnesota.

“I believe women deserve to be heard, and I believe that has happened here. The allegations have been heard and looked into, and for too many women, often, that is not the case. The New York Times conducted a thorough investigation, and nothing in the Times review or any other later reports suggests anything other than what I already know about Joe Biden: That he will make women proud as the next President of the United States," Abrams said in a statement to the Huffington Post earlier on Tuesday.

Klobuchar, too, cited the Times during an April 17 interview on MSNBC.

"He has said, and I agree with this, you’ve got to get to the bottom of every case and all allegations. I think The New York Times — I haven’t read all the stories. I read that one. Your viewers should read that," Klobuchar told MSNBC anchor Ari Melber. "It was very thorough. They interviewed people. And I have done a lot of work on this. I actually led the effort to change the rules in the U.S. Senate so that it is easier to bring these cases forward and so that we have taxpayers not paying for bad conduct.

"I think this case has been investigated. I know the vice president as a major leader on domestic abuse, I worked with him on that. And I think that, again, the viewers should read the article. It was very thorough.”

Neither Abrams nor Klobuchar immediately responded to Fox News' requests for comments. Fox News also reached out to the Biden campaign for comment.

The Times report did not reach a definitive conclusion on the allegations other than to say there was no "pattern" of misconduct. Rather, it reported that aides Reade purportedly complained to either did not recall the allegations or denied them. Yet a friend reportedly confirmed Reade described "details of the allegation at the time," and another friend and Reade's brother said she had described a "traumatic sexual incident involving Mr. Biden," the article said.

Major developments have also arisen since the Times report, which ran on the morning of Easter Sunday nearly three weeks after Reade came forward with her claims, that further corroborate Reade's 1993 claims.

A "Larry King Live" clip from 1993 was unearthed on Friday purportedly featured Reade's mother calling into the show anonymously and alluding to her daughter's "problems" with a "prominent senator." Reade confirmed to Fox News it was her mother's voice on the call. On Monday, two more people, a former neighbor and a former colleague of Reade's, remembered conversations they had with her back in the 1990s. One remembered her account of the alleged assault, and another remembered her mentioning harassment, but not assault.

Times executive editor Dean Baquet defended his paper's reporting on the Biden accuser and even suggested that the Biden campaign urged the Times to change some of the language that was written in the report, which sparked a backlash on social media.

"I want to ask about some edits that were made after publication, the deletion of the second half of the sentence... Why did you do that?" Times media columnist Ben Smith asked his boss.

"Even though a lot of us, including me, had looked at it before the story went into the paper, I think that the campaign thought that the phrasing was awkward and made it look like there were other instances in which he had been accused of sexual misconduct, and that's not what the sentence was intended to say," Baquet responded.

"Why not explain that?" Smith followed.

"We didn't think it was a factual mistake," Baquet replied. "I thought it was an awkward phrasing issue that could be read different ways and that it wasn't something factual we were correcting. So, I didn't think that was necessary." 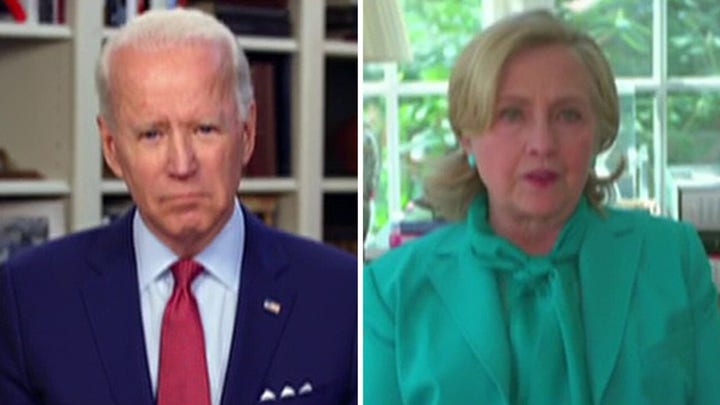 The Times raised eyebrows after it deleted a tweet and tweaked its report about the 1993 accusation, which originally read, "No other allegation about sexual assault surfaced in the course of reporting, nor did any former Biden staff members corroborate any details of Ms. Reade's allegation. The Times found no pattern of sexual misconduct by Mr. Biden, beyond the hugs, kisses and touching that women previously said made them uncomfortable."

The edited version chopped off section about "hugs, kisses and touching."

No correction or editor's note was made in the report but the Times later explained the deleted tweet, saying, "We've deleted a tweet in this thread that had some imprecise language that has been changed in the story."