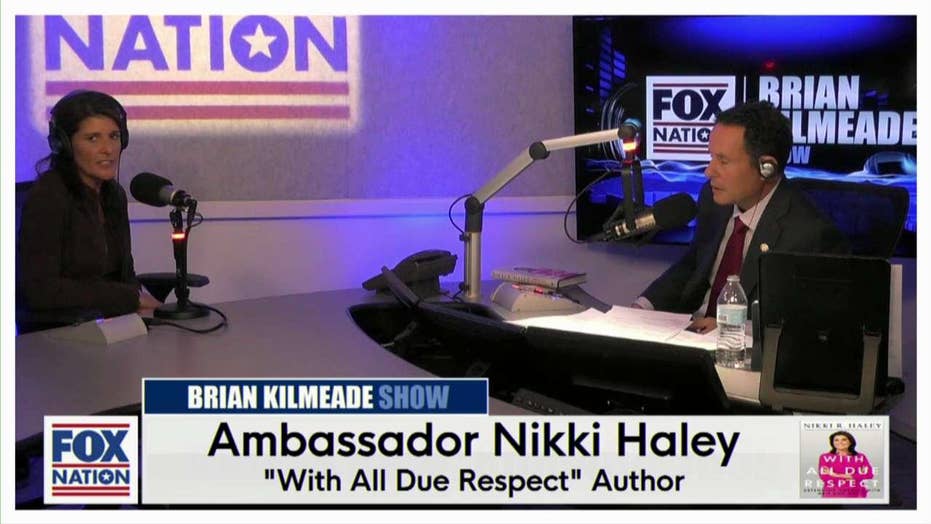 House Democrats should let the American people decide what they think about the impeachment inquiry during the 2020 election, former U.N. Ambassador Nikki Haley said Wednesday.

Speaking on Fox News Radio's "Brian Kilmeade Show," Haley said that it bothers her that "we're less than a year away from an election."

On Wednesday morning, Democrats set in motion the first public hearing involving the potential impeachment of a president since Nov. 19, 1998.

Haley said any U.S. president can remove a diplomat.

"When there's an ambassador that the president has issues with," Haley explained, "he does have the right to pull that ambassador down."

She told Kilmeade that she had encountered foreign service officers who used political bias to try to move foreign policy. Former Ambassador to Ukraine Marie Yovanovitch was recalled last spring and replaced with William Taylor, who testified Wednesday.

"These hearings, it's really hard because you could have very good patriots up there, but the problem is they're talking about their perception of what they thought the president wanted. It's not the reality of what the president was actually doing," she told Kilmeade.

"And, that's the part that's dangerous because it makes a really gray line there," added Haley.

"You have basically the person saying that the staffer heard a phone conversation that the staffer wasn't on but thinks they heard this. This is getting so far out from the fact that you have to look at the facts and the reality. We know we have a transcript. We've read the transcript. It's getting ridiculous," she concluded.