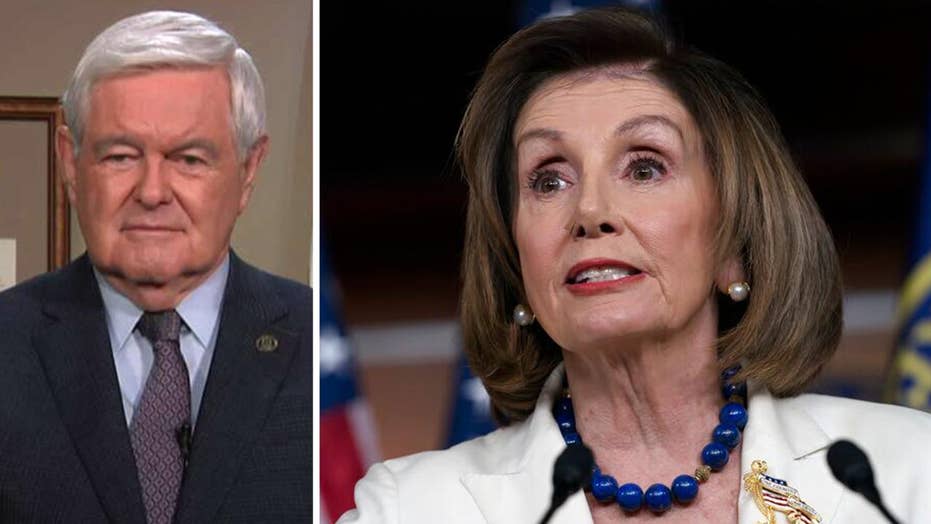 “He ought to send her a beautiful ‘thank you’ note saying that no one has done more to finance my campaign than you have Nancy, please spend the next months convincing people your party is brain-dead,” Gingrich told “Fox & Friends.”

TRUMP CAMPAIGN BLOWS PAST 2020 DEMS WITH LATEST FUNDRAISING HAUL, SITTING ON OVER $100M

Gingrich’s comments came after Trump’s campaign raked in a whopping $46 million in the fourth quarter of 2019, fueled in part by a backlash from his base against House Democrats’ impeachment efforts and blowing past any of his would-be Democratic rivals.

Gingrich said that Pelosi does not have any leverage over the Senate and the impeachment process becomes devalued as long as it is delayed.

“The idea that Pelosi thinks that she can somehow bluff Mitch McConnell -- verges on requiring a psychologist,” Gingrich said.

“She has no leverage on him," Gingrich said. "None. And it makes her look weak and foolish,”