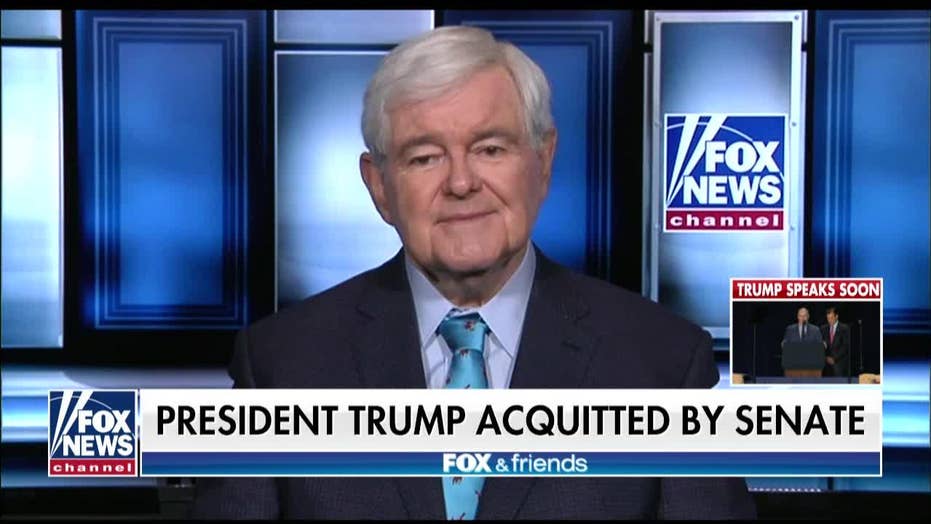 Former Speaker of the House Newt Gingrich said House Speaker Nancy Pelosi's actions at the State of the Union address were 'petty' and 'childish.'

Appearing on "Fox & Friends" with hosts Steve Doocy, Ainsley Earhardt, and Brian Kilmeade, Gingrich said he understands where the president is coming from when he snubs Pelosi.

"Speaker Pelosi has attacked him for four solid months. She has called him the most vile names possible," he said.

MATT GAETZ TO FILE ETHICS CHARGES AGAINST PELOSI, FORCE A VOTE IN HOUSE

"You know, I introduced Bill Clinton four times when I was speaker of the House," Gingrich remarked, referring to his time in office. "One time it was in the middle of the scandal. Every time, because of the dignity of the House and the Constitution, I used the right phrase. She didn't."

Gingrich said that the idea Pelosi would tear up her copy of the State of the Union address was "childish" and "so beneath the dignity of the House."

"I agree with Jonathan Turley -- who is a Democrat -- who wrote this morning that she really should be kicked out of office for demeaning the entire nature of both the Constitution and the House of Representatives," he added.

"Remember," Gingrich continued, "he is delivering a constitutionally required address so in a sense she is ripping up a document that exists under the Constitution."

On Wednesday House Judiciary Committee member Matt Gaetz, R-Fla., said he will be filing ethics charges against Pelosi over what he called her "temper tantrum" following the address. 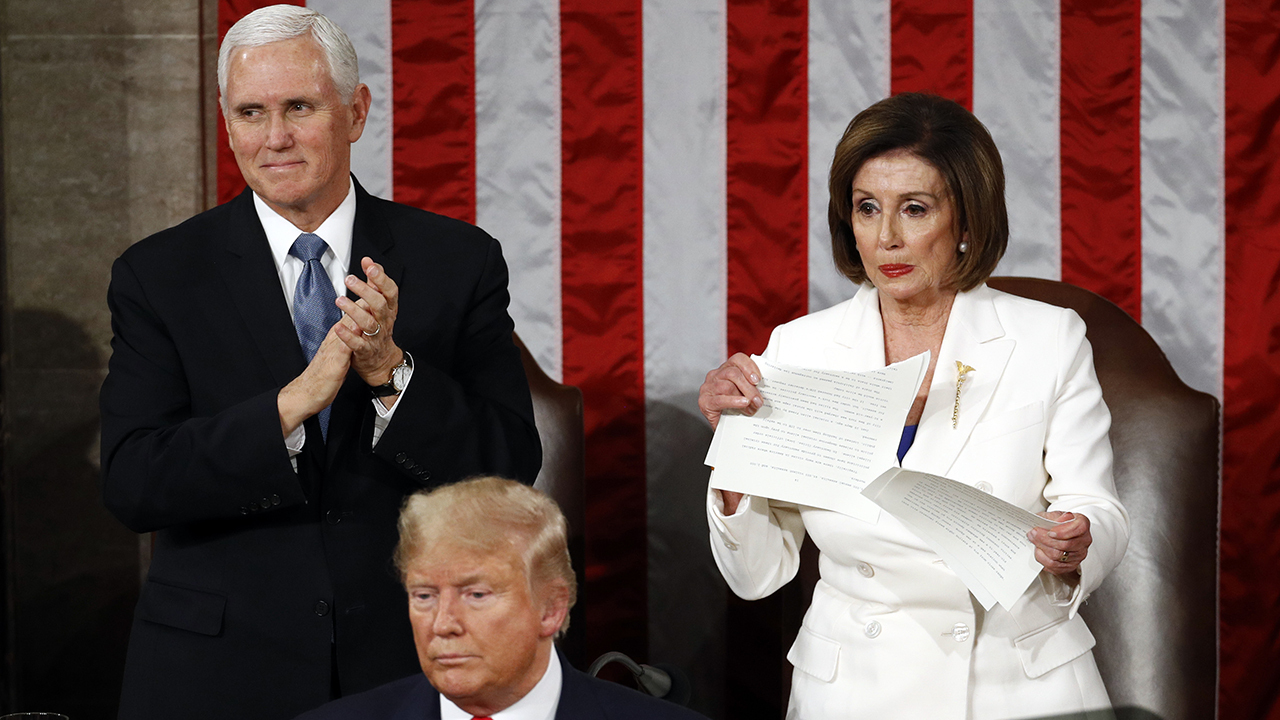 "[Pelosi] disgraced the House of Representatives, she embarrassed our country and she destroyed official records. The law does not allow the speaker of the House to destroy the records of the House and the rules of the House do not permit some little temper tantrum just because you don't like what the president of the United States says," Gaetz said.

Gingrich said he doesn't know why Pelosi made that decision, but he doesn't care.

"And, she just proved...how divided the state of the union is...by the kind of petty, childish behavior that she personally exhibited," he stated. "It displayed to the entire country how vicious and petty the Democrats have become."