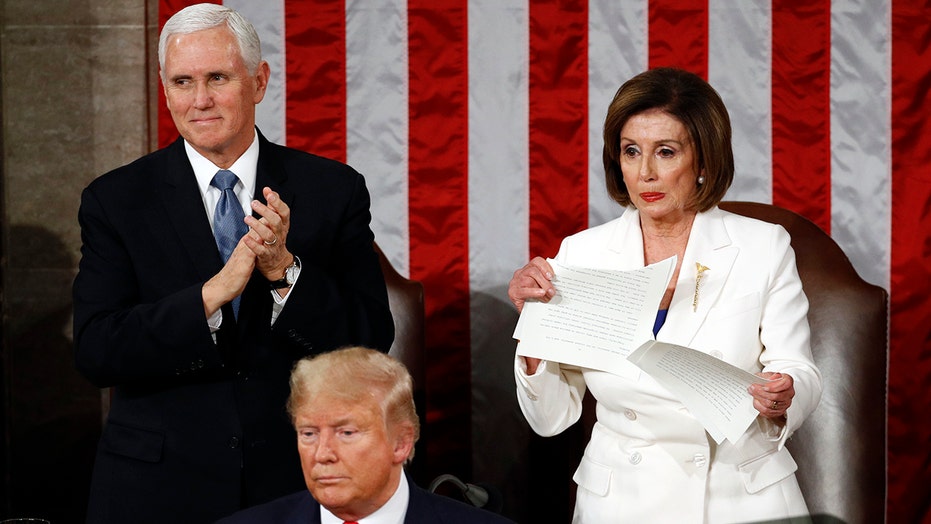 Pelosi claims ripping Trump's speech was 'courteous'; reaction and analysis on 'The Five.'

Video surfaced Wednesday appearing to show House Speaker Nancy Pelosi, D-Calif, testing and pre-ripping paper during President Trump's State of the Union address before she would later rip it up at the end of his speech.

One of the most talked-about moments of the night on Tuesday was at the end of Trump's address, when Pelosi was seen ripping pages of the president's speech in half. When Fox News asked her afterward why she did it, she responded: "Because it was the courteous thing to do considering the alternatives," adding: "I tore it up. I was trying to find one page with truth on it. I couldn't."

There has since been a debate about whether or not Pelosi had planned to rip the speech before she did it, or if it was an act of impulse. Video from the address, however, suggests it was premeditated.

As Trump was about to segue to his introduction of conservative talk radio legend Rush Limbaugh, Pelosi is seen taking a copy of the president's speech and briefly placing it below the counter. The Trump campaign alleges that she made "small tears to the paper."

Photos also surfaced showing tiny tears into the middle of the pages.

The White House quickly responded to Pelosi's act of tearing up the speech.