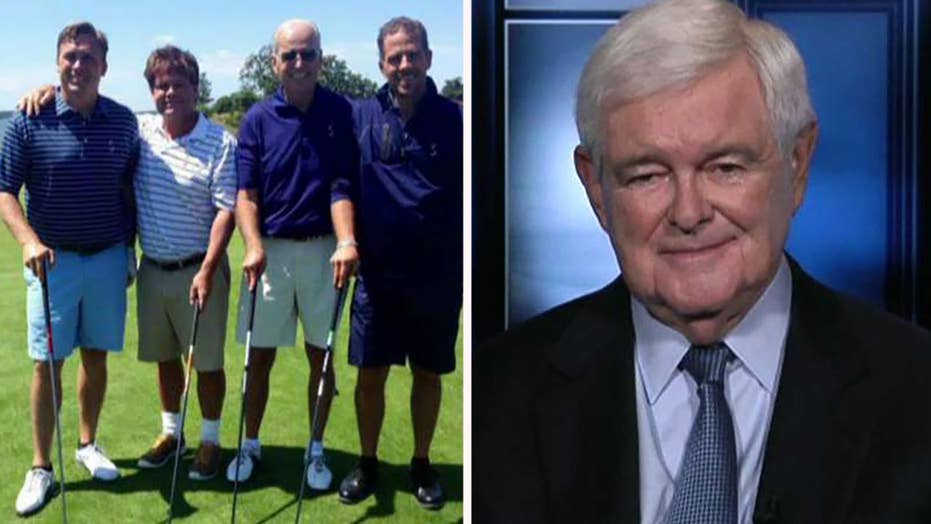 To suggest that former Vice President Joe Biden didn't know that his son Hunter was making $600,000 from a Ukrainian company is 'a pretty long stretch,' says Fox News contributor Newt Gingrich, former speaker of the House.

Appearing on "America's Newsroom" with host Sandra Smith, Gingrich said that the Democrats' impeachment inquiry was "a purely political process."

In a recent op-ed on Fox News, Gingrich said the impeachment "witch hunt" was an "effort by the hard left, the news media, and the deep state to destroy the president chosen by the American people."

Gingrich cited the publicly released report from then-independent counsel Ken Starr, who investigated President Bill Clinton before his impeachment in December of 1998. 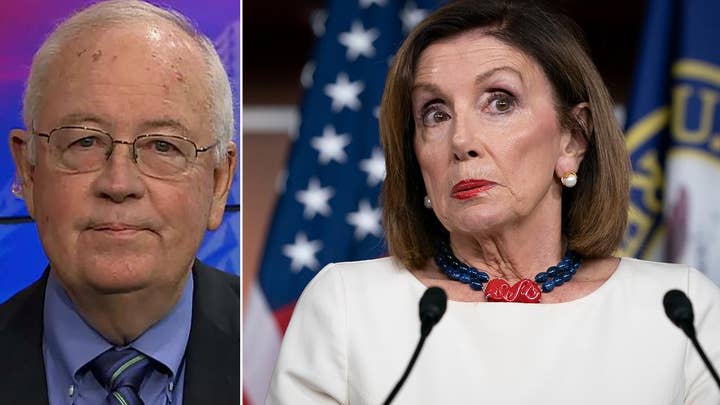 "Look...after we got a special counsel report from Ken Starr, which said that Bill Clinton was guilty on at least six counts - and Starr used the word 'guilty'... the opposite of the Mueller case, which never once used the word guilty - and he said he was guilty of committing felonies. At that point, we felt we had to move forward," he told Smith.

He argued that Republicans undertook a "very careful process" with Rep. Henry Hyde, R-Ill.,  acting as chairman of the House Judiciary Committee, following rules and involving their Democratic counterparts.

"Thirty-seven Democrats voted to initiate the process of impeachment because they'd been convinced there was a serious problem and that the Starr Report represented some pretty serious charges," Gingrich said.

"So, Pelosi rushes out knowing better," he added. "She rushes out, announces, 'We're moving forward on impeachment.' They have not yet met with the whistleblower. They have not yet received the transcript of the phone call. Nothing had changed except the sheer pressure of her left. And she couldn't get away from it!"

Gingrich concluded that Pelosi's announcement gave House Intelligence Committee Chairman Adam Schiff the leeway to put "two paragraphs in Trump's mouth that Trump never said that Schiff himself admits he wrote and is a total lie" in regards to the phone call with Ukrainian President Volodymyr Zelensky.

"And that sort of captures this whole process. That's where we are right now. This is not an impeachment; this is a coup d'etat," Gingrich said.