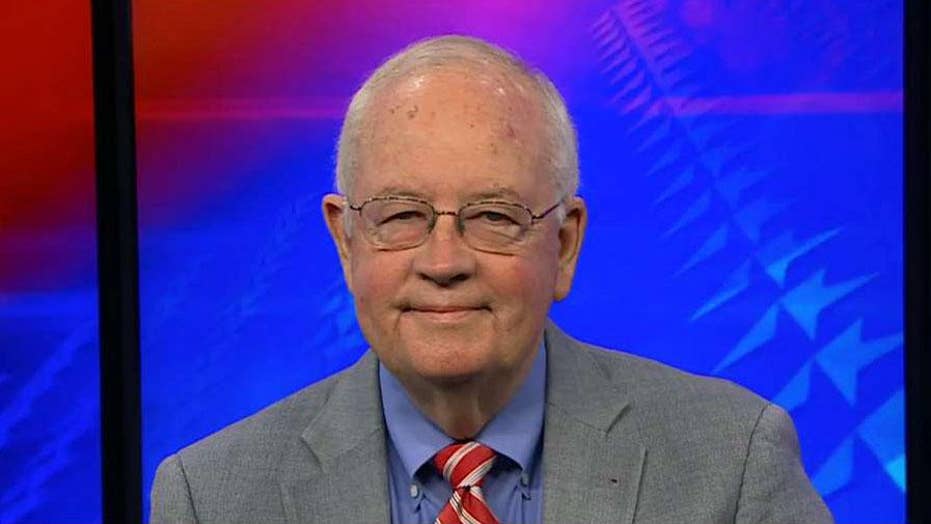 Ken Starr, the former independent counsel who spearheaded the 1990s investigation into President Clinton, told Fox News on Saturday that he was troubled by President Trump's alleged use of the word “reciprocity” in his July 25 phone call with Ukrainian President Volodymyr Zelensky.

SUSAN RICE BLASTS TRUMP OVER USE OF SECRET SERVER

Starr, a contributor for the channel, said the use of the word would suggest "poor judgment by the president," but despite the misstep, does not at this point constitute a crime.

At the heart of the Democrats’ formal impeachment inquiry is whether or not Trump used the power of his office to pressure a foreign country to investigate his top 2020 rival Joe Biden and his son Hunter.

Democrats say that even if Trump did not explicitly tell Zelensky that nearly $400 million in military aid rests with his country's willingness to probe the Bidens, the innuendo was there.

The whistleblower complaint, without firsthand knowledge, claimed that Trump mentioned in his phone call with Zelensky that the U.S. has been very good to Ukraine and said he "wouldn’t say that it's reciprocal necessarily because things are happening that are not good."

Zelensky, despite facing his own pressures back home, denied feeling any pressure from Trump during the call. Trump called their conversation "perfect."

Starr, who was on "Cavuto Live," predicted that the impeachment inquiry is doomed to fail given what we know.

"This will not result in a conviction, so why are we on the impeachment train, we should be on the oversight train and quit calling it impeachment," he said.

Two decades ago, Starr presented a report to Congress that that led to Clinton’s impeachment by the House on accusations the former president lied under oath and obstructed justice. Clinton was acquitted by the Senate.