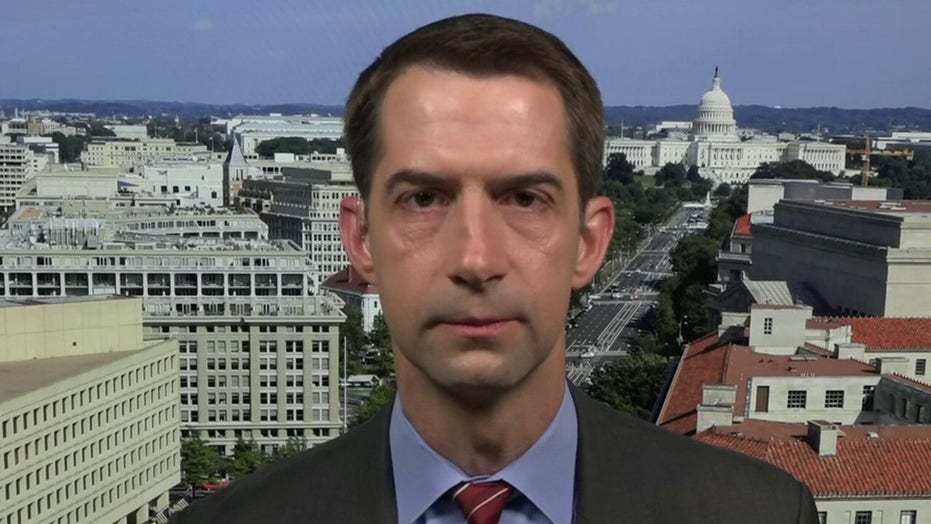 Sen. Cotton: We have zero tolerance for anarchy, rioting and looting

Republican Sen. Tom Cotton reacts to the National Guard being deployed to cities across America in response to the George Floyd riots.

The New York Times is facing backlash, some of it from the paper's own reporters, after publishing an op-ed in which Sen, Tom Cotton, R-Ark., called on the federal government to send in the military to quell violent uprisings over George Floyd's death.

In a series of tweets on Wednesday, op-ed writer Roxane Gay attacked the decision to publish Cotton's piece and also argued it put the newspaper's staff in danger.

In another tweet, Gay claimed she was "dealing with two professional situations where I am being disrespected and taken advantage of and I could just scream. And if I push back I will be labeled as 'difficult.' It’s a lot," she said. It was not immediately clear whether she was referring to her gig at the Times.

In yet another tweet, Gay said that while she supported a wide range of viewpoints in the opinion section, she didn't think Cotton's op-ed was appropriate.

"As a NYT writer I absolutely stand in opposition to that Tom Cotton 'editorial,'" she wrote. "We are well served by robust and ideologically diverse public discourse that includes radical, liberal, and conservative voices."

"This is not that," she added. "His piece was inflammatory and endorsing military occupation as if the constitution doesn’t exist."

Sewell Chan, a former Times op-ed page editor, also panned the paper's decision, tweeting, "As a former @nytimes Op-Ed editor I am reluctant to weigh in on my alma mater. But the decision to publish @SenTomCotton calling for troop deployments to quell unrest falls short of sound journalistic practice."

Cotton's op-ed called on the president to invoke the Insurrection Act of 1807 in order to protect communities from "nihilist criminals" rioting after George Floyd's death.

"These rioters, if not subdued, not only will destroy the livelihoods of law-abiding citizens but will also take more innocent lives," he said. "Many poor communities that still bear scars from past upheavals will be set back still further. One thing above all else will restore order to our streets: an overwhelming show of force to disperse, detain and ultimately deter lawbreakers."

Earlier this week, Trump threatened to deploy the military to locations where he thought local governments weren't doing enough to suppress the violence.

"This venerable law, nearly as old as our republic itself, doesn’t amount to 'martial law' or the end of democracy, as some excitable critics, ignorant of both the law and our history, have comically suggested," Cotton wrote. "In fact, the federal government has a constitutional duty to the states to 'protect each of them from domestic violence.' Throughout our history, presidents have exercised this authority on dozens of occasions to protect law-abiding citizens from disorder."

JOEY JONES: 'SHAME ON' NEW YORK TIMES FOR 'CHEAP' OP-ED ON US MILITARY AND WHITE SUPREMACY

Charlie Warzel, another Times opinion writer, criticized the decision. "[I] feel compelled to say that i disagree with every word in that Tom Cotton op-ed and it does not reflect my values," he said.

Freelance writer Thor Benson tweeted: "The Times publishing Tom Cotton's op-ed is unacceptable, and there should be resignations."

"I know a lot of New York Times employees feel like they can't speak out right now, so I'll happily say what needs to be said," he added.

Cotton's office declined to comment when reached by Fox News. The New York Times did not immediately respond to requests for comment.

"I've submitted non-fascist opinion pieces to the Times in the past but no luck," Schatz wrote, "so maybe this is sour grapes."