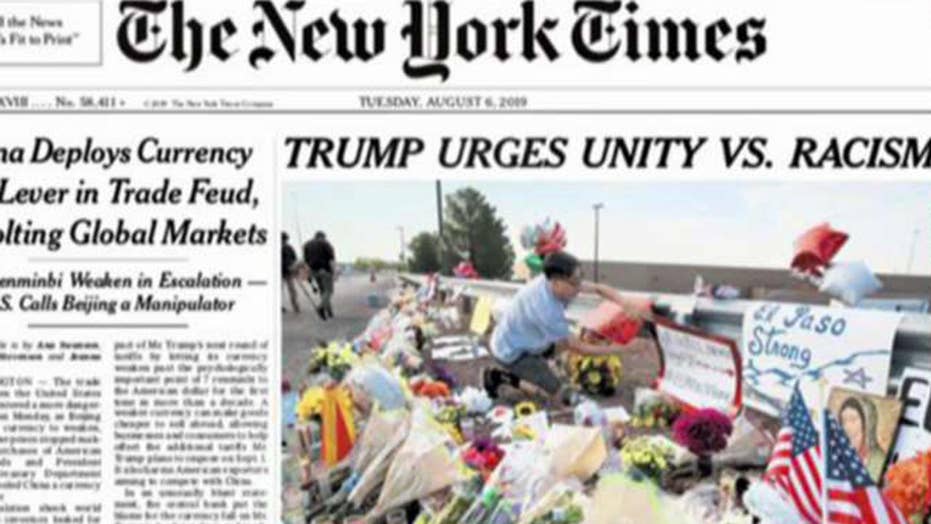 The New York Times is directing its journalists on when or when not to use the term "racist" in their reporting.

Vanity Fair reported on Wednesday that an internal memo written by top editors from the Times was sent out to staff in hopes of tackling the debate over the appropriateness of the R-word. A Times spokesperson confirmed the validity of the memo to Fox News.

Obvious examples of when to use the word "racist" were listed in the memo, including "a yearbook photo of students in blackface or KKK robes," a clear reference to the scandal that hit Gov. Ralph Northam, D-Va., earlier this year, and "a comedian's use of anti-Asian slurs and caricatures," an apparent nod to the September firing of newly hired "Saturday Night Live" castmember Shane Gillis.

"If you think 'racist' is the right word to describe a comment or action by a current political leader, it should be thoroughly discussed with your department head and masthead leadership. On breaking news, the conversation should happen as soon as possible to avoid after-the-fact revisions. We want to avoid overuse, inconsistency, or an appearance of editorializing…[It's] crucial to give readers the facts, history and context to fully understand the remarks or actions in question," the memo read.

The memo advised Times staffers to label "a specific comment or action" in their stories as racist instead of the person behind it with exceptions to "an avowed racist or white supremacist."

There was also a list of "vague, awkward, or half-hearted euphemisms" for Times journalists to avoid, which included "racially charged" or "racially tinged," adding that "clichés" such as “stoke racial flames" "don't enlighten readers and often frustrate or anger them."

"It's about navigating through calling things what they are, not getting into the kind of name-calling that seems to pervade political debate," a senior Times editor told Vanity Fair. "That's a little bit of the tension. We're in a real name-calling culture. We like to stay above the fray, yet we also like to avoid excessive euphemisms, so the attempt here is to say: Let's not use labels so much as to describe things as they are." 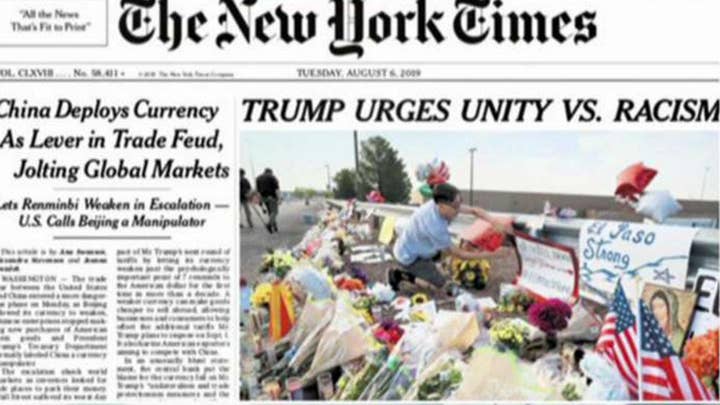 The Times spokesperson told Fox News, "As part of an ongoing discussion in the newsroom, we recently offered reporters and editors more guidance on language to use when writing about race. The memo advises journalists to be specific, provide history and context, avoid euphemisms and always assume a diverse audience. It was written by a team of editors, and reflects the views of a number of newsroom colleagues who cover race and racism and have thought deeply about these issues."

This followed previous reporting about an internal meeting last August held by Times executive editor Dean Baquet following the backlash the paper received over its headline of President Trump's response to the shooting in El Paso, Texas, as well as amid his feud with the House Democrats known as the "Squad." At the time, Baquet revealed that a written standard was being developed on when to use the term "racist."