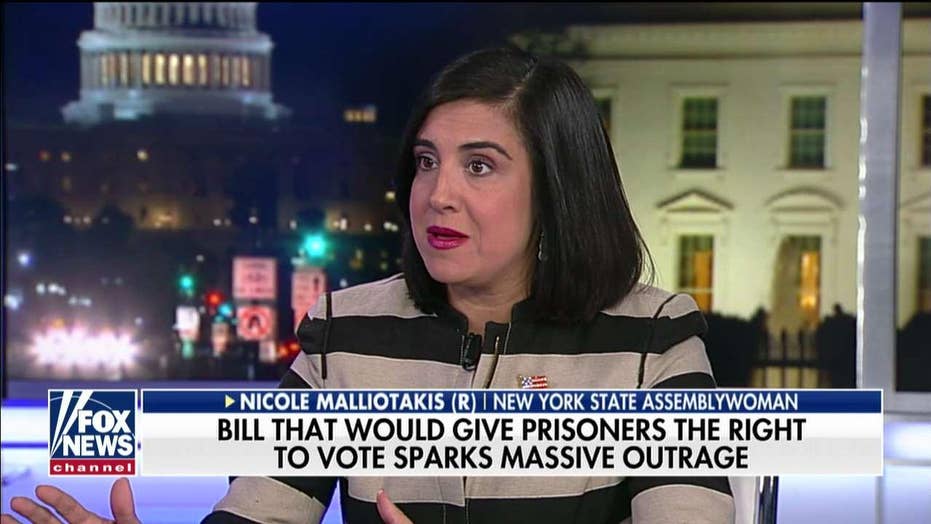 Malliotakis appeared on "Tucker Carlson Tonight" and said the voting proposal, along with bail reform, will end up putting the public on the back burner in favor of hardened criminals.

"It actually makes sense for New York, because in many ways this legislative session has been all about putting criminals before law-abiding citizens," she said.

"And if you look at the long list of policies that they've passed this year from... revamping bail reform -- I mean come January 2020, strangling someone, criminally negligent homicide, burglary, grand larceny, assaulting a child, selling drugs on school grounds -- these are all going to be -- just... no bail." 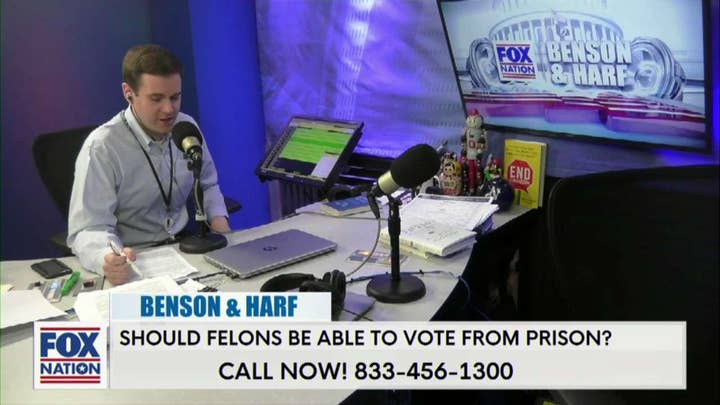 Malliotakis said this will lead to criminals roaming free on the streets and place citizens in harm's way.

"It’s really quite shocking," she added. "People would be very concerned to know that 90 percent of the arrested population in New York will be released back on the street as they await trial...Tell the governor to -- let's make changes before January 2020... Now, Mayor [Bill] de Blasio is saying, 'well, we're going to incentivize people to come back to court by offering them gift cards [and] movie tickets -- Mets tickets'."

Malliotakis urged New York residents to write to Gov. Andrew Cuomo with their complaints if they want to have their voices heard.

"It’s very concerning. I think people need to get involved and write to the governor immediately," she said. "Send a message to the governor. Because this is just one of the things that they've passed this year... It makes sense they want the prisoners to vote because that’s who they're putting first in the state of New York. The criminals."