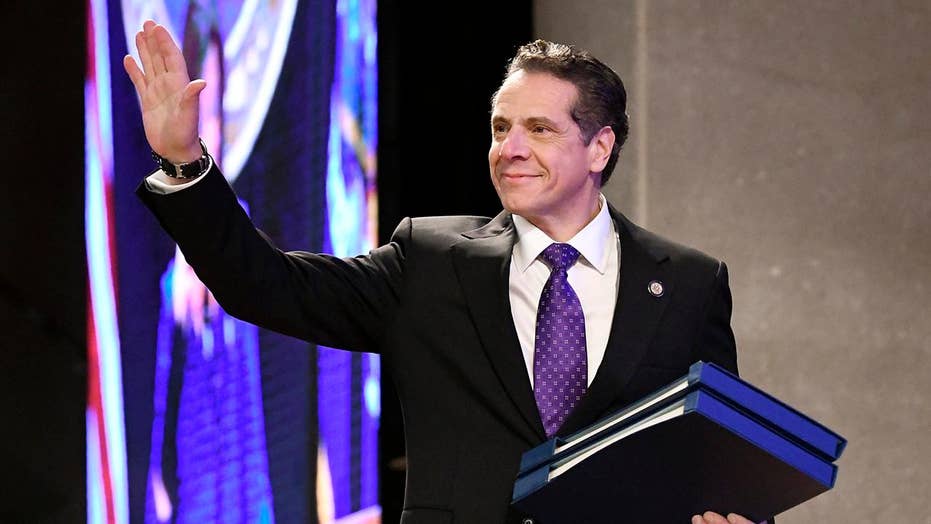 NY Gov. Cuomo grants 3,500 paroled felons the right to vote; Washington, D.C., may allow 16-year-olds to vote in the 2020 presidential election. For Dems, is it win by any means necessary? #Tucker

The move by the second-term Democrat came after state Republicans blocked a bill in the state Senate.

“I’m unwilling to take no for an answer,” Cuomo said at the annual convention of the Rev. Al Sharpton's National Action Network in New York City. “I’m going to make it law by executive order.”

Provision in state budget plan would extend free public college tuition to students brought into the U.S. illegally as kids.

The new directive includes New York in a list of 14 states and the District of Columbia that allow felons to vote in elections after serving their sentence.

“It is unconscionable to deny voting rights to New Yorkers who have paid their debt and have re-entered society,” Cuomo said in a statement.

“This reform will reduce disenfranchisement and will help restore justice and fairness to our democratic process. Withholding or delaying voting rights diminishes our democracy.”

Cuomo said that nearly three-fourths of parolees in New York are black or Latino, and allowing parolees to vote will help them to reconnect with the community.

But Republicans disagree and already started pouncing on Cuomo over the new measure. Republican Senate Leader John Flanagan said Wednesday that the order was bad public policy and could potentially be illegal because the governor ignored the Legislature.

Ed Cox, chairman of the state Republican Party, in a statement, called the directive an “outrageous power grab” in a bid to appeal to “radical primary voters,” according to the New York Times.

Cuomo is facing an energized Democratic primary challenge from "Sex and the City" star Cynthia Nixon, who has repeatedly attacked the governor from the left and for failing to support minorities in the state.