Elizabeth Pipko, founder of The Exodus Movement, spoke exclusively with Fox News following the president's comments suggesting that Jewish Americans, who vote for Democrats show a lack of knowledge or “great disloyalty” to Israel.

"Look, the Democrats have shown with their words and actions over the last several years that they are taking Jews and their support totally for granted. President Trump was discussing Jewish Americans and their loyalty to themselves, their faith, and everything that we have gone through. It’s hard to imagine supporting the left when they have turned so far against us," said Pipko.

Pipko is a former Trump 2016 campaign staffer, who made headlines earlier this year when she announced her support for President Trump, and co-founded Jexodus -- now known as The Exodus Movement. According to their website, The Exodus Movement is comprised of "proud Jewish Americans who reject the hypocrisy, anti-Americanism, and anti-Semitism of the rising far-left."

"[The Exodus Movement is] hoping to inspire Jews, and I think all people actually, to vote with their conscience and their beliefs and not with any fears whatsoever, and I think the further the Democrats shift to the left, the harder it is for any religious person to align with them," Pipko said in an earlier Fox News interview. 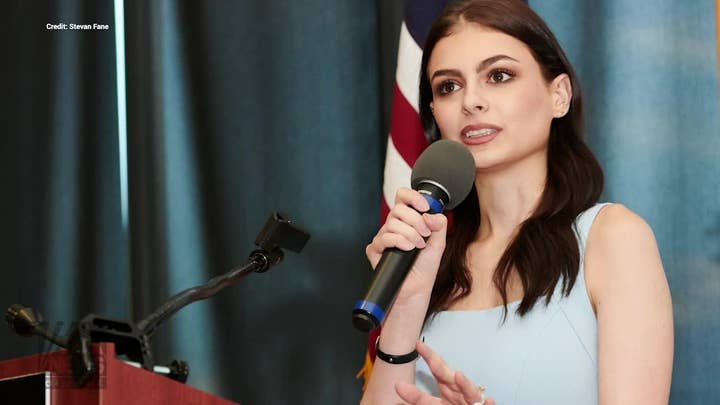 On Tuesday, Trump spoke with reporters in the Oval Office about his feud with Democratic Reps. Rashida Tlaib and Ilhan Omar, after Israeli Prime Minister Benjamin Netanyahu barred the Muslim congresswomen from entering the country.

"I think any Jewish people that votes for a Democrat -- I think it shows either a total lack of knowledge or great disloyalty," Trump said.

The president also accused Congresswomen Tlaib and Omar of being anti-Semitic and argued they “hate” Israel and Jewish people.

“Where has the Democratic Party gone?” Trump said, adding, “Where have they gone -- where they are defending these two people over the state of Israel?”

Democrats were quick to call Trump out for his use of the word "disloyalty."

"At a time when anti-Semitic incidents have increased -- due to the president's emboldening of white nationalism -- Trump is repeating an anti-Semitic trope," Halie Soifer, the executive Director of Jewish Democratic Council of America, said in a statement.

But a prominent Jewish Republican group backed up Trump's language.

"President Trump is right, it shows a great deal of disloyalty to oneself to defend a party that protects/emboldens people that hate you for your religion," tweeted the Republican Jewish Coalition.

Both Congresswomen have been outspoken in their support for a movement to boycott, divest, and sanction Israel, and have championed the movement in the House.

Pipko also said that the Congresswomen promote antisemitism, and she faults others in their party, who have failed to condemn their allegedly antisemitic statements.

"The BDS bill that’s currently being pushed in the House is yet another data point showing the heavy anti-Israel drift of the party and one that completely promotes antisemitism in our country," said Pipko.  It’s one thing to have disagreements about Israel and even to be critical of Israel’s policies. But to turn so far against Israel, and to refuse to condemn so many blatantly anti-Semitic remarks is something I never thought I would witness by our elected officials in today's day and age."

Pipko also mentioned President Trump's decision to move the U.S. embassy from Tel Aviv to Jerusalem, marking it the "true capital of Israel."

"The idea of moving the embassy to Jerusalem was one that was supported on both sides of the aisle for many years and even promised by previous presidents," Pipko said.  "And let’s not forget, President Trump was the only one to deliver on his promise, proving time and time again that he’s the best friend Jewish Americans could ask for."

To learn more about the historic embassy move and for exclusive access, footage and interviews, watch Fox Nation's popular series "Battle in a Holy City," where Pete Hegseth takes the audience places where cameras have never been before and sits down with Israeli Prime Minister Benjamin Netanyahu for an inside glance at a conflict which has long been at the forefront of U.S. politics today. 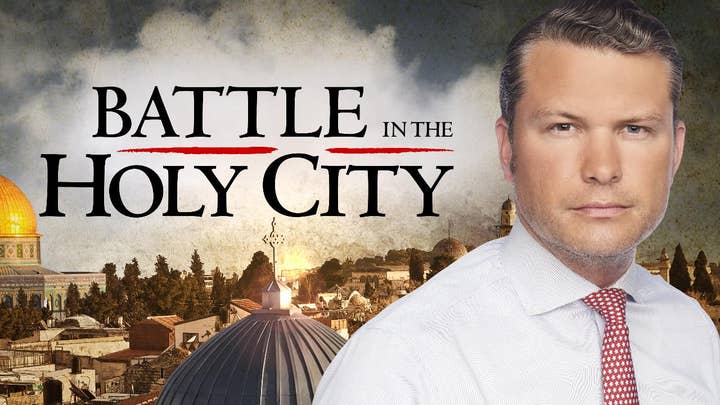