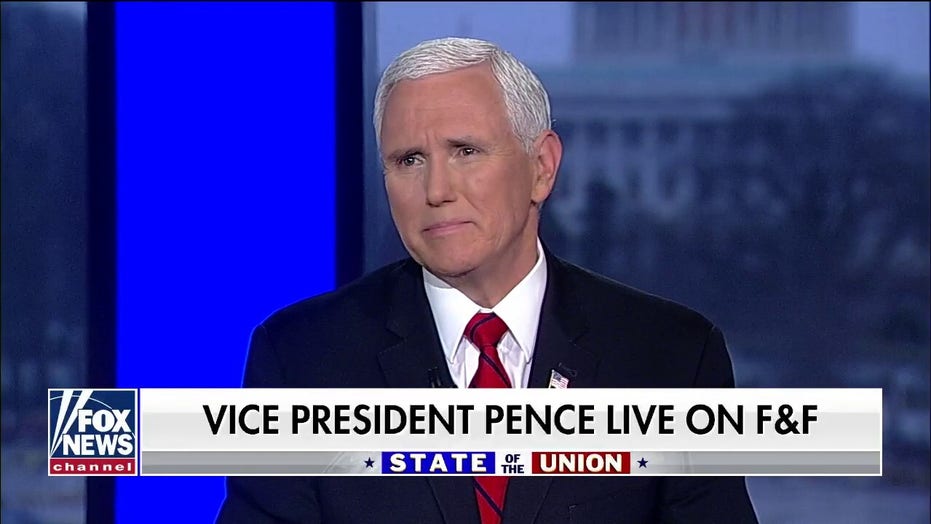 Vice President Pence reacted to House Speaker Nancy Pelosi, D-Calif., ripping up her copy of Trump's State of the Union speech as soon as the president concluded his address to Congress, saying on Wednesday, “I think it was a new low.”

Speaking on “Fox & Friends” the morning after President Trump delivered the State of the Union address, Pence, who was standing next to Pelosi during the president’s speech, added, “I wasn’t sure if she was ripping up the speech or ripping up the Constitution.”

Pence, who said he did not actually see Pelosi rip up the speech, but found out a few moments later, noted that “The contrast here was a president who spent an hour-and-a-half making the speech about America and Nancy Pelosi in the final moments tried to make it about her.” 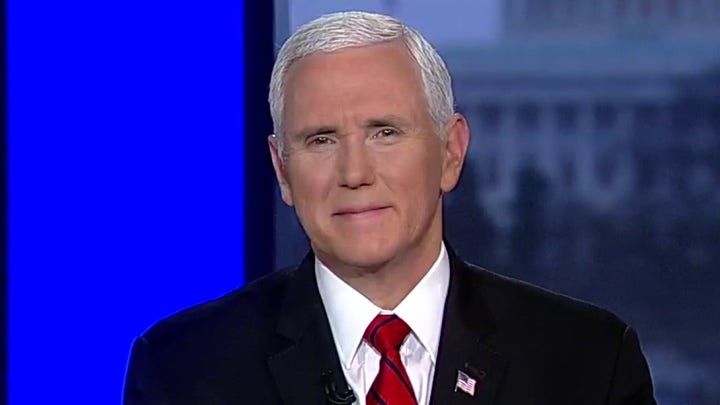 “I think what they got last night was a speech that lifted up the country, that celebrated the incredible progress we’ve made in our economy, rebuilding our military, strengthening our court, but the stories that the president told were American stories and I just know it was a great blessing to people all across America and it’s one of the reasons why you see the momentum growing behind this president.”

“I just have a strong feeling that she’s [Pelosi’s] going to be the last Speaker of the House to sit in that chair for a long time,” he went on to say, seeming confident about Republicans' chance in the November election.

During Trump’s speech on Tuesday night, the president went on the offensive against socialism and left-wing policies -- drawing groans from Democrats in attendance and prompting a furious Pelosi to make the dramatic gesture.

The vice president said on Wednesday that it felt like she had planned to rip up the speech all along because “it felt like such an immediate moment.”

Pence said he has been to many State of the Union addresses as a member of Congress and noted last night was his fourth as a vice president of the United States.

“There’s always a basic decorum and a basic respect,” Pence said. “But to have her [Pelosi] stand up and tear up that speech really dishonored the moment and I really thought it was beneath the dignity of a joint session of Congress and I think it will be remembered as such.” 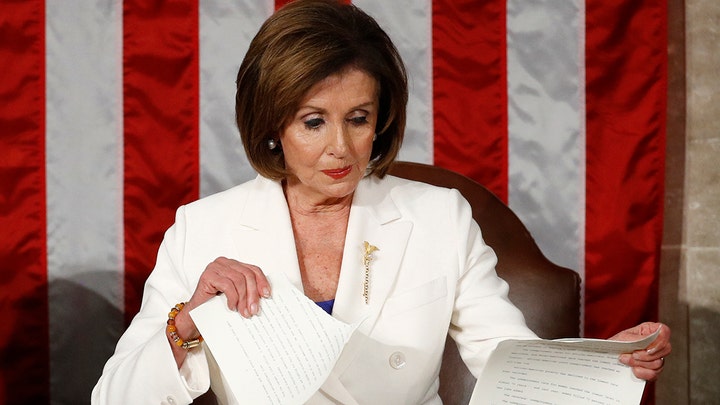 Pence reacted to her response on Wednesday morning saying, “I actually don’t get her take on this. Now she is saying it was filled with lies. What lies were in there?”

“I mean I watched the president build this speech,” he continued. “Everything about the economy, everything about the military, everything about President Trump’s decisive action taking out [ISIS leader Abu Bakr] al-Baghdadi and [Iranian General] Qassem Soleimani, every story about Americans, the hopeful aspirational tone at the end. I expect when the dust settles on this speech it’s going to be remembered as one of the best State of the Union addresses in history.”

The White House responded almost immediately to Pelosi’s move on Tuesday night by referencing several of the guests of honor whom Trump had introduced during the State of the Union address.

"Speaker Pelosi just ripped up: One of our last surviving Tuskegee Airmen. The survival of a child born at 21 weeks. The mourning families of Rocky Jones and Kayla Mueller. A service member's reunion with his family,” the White House said in a tweet. "That's her legacy."

On Wednesday, host Brian Kilmeade brought up what Rocky Jones’ brother Jody said earlier on “Fox & Friends,” reacting to Pelosi ripping up the speech. Rocky Jones was killed by a criminal illegal immigrant released under California's sanctuary policy in 2018. 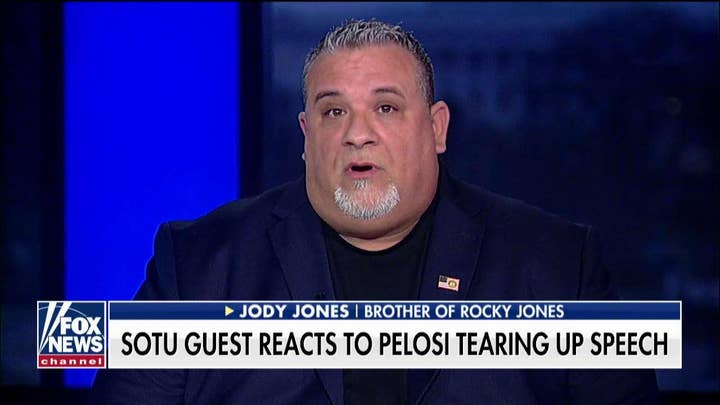 “It felt like she [Pelosi] ripped our hearts out,” Jody Jones said on “Fox & Friends” on Wednesday morning. “Everybody there, all the guests, we couldn’t believe it.”

“I don’t care how you feel about somebody. That was probably the most disrespectful thing I have ever seen in my life because when she did that, it just tore us up. We couldn’t believe it,” he continued.

“This is a grieving family who lost a loved one at the hands of an illegal immigrant in California and she [Pelosi] ripped up Rocky’s story,” Pence said in response to Jones’ statements, noting that she also ripped up the stories of the other guests in attendance, including one of the last surviving Tuskegee Airmen, retired Brig. Gen. Charles McGee, who was also invited to attend the address on Tuesday night and who was honored by the president.

In an apparent attempt at reconciliation, Pelosi tweeted late Tuesday that Democrats "will never stop extending the hand of friendship to get the job done #ForThePeople." Pelosi also released a statement saying Trump did not issue a positive message on health care, and calling his speech a "manifesto of mistruths."

The flareup was a harsh reminder of the partisan discord pervading the halls of Congress, even as Trump in his speech all but ignored the historic impeachment drama that flanked this year's address -- a fight virtually certain to end with Trump's  acquittal on Wednesday.