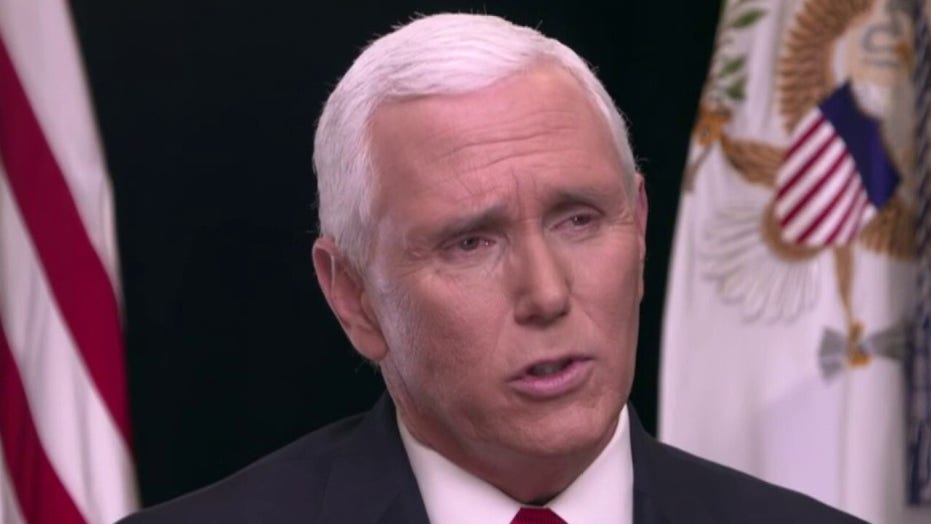 Pence on coronavirus: We're ready for anything

Vice President Mike Pence weighs in on U.S. preparation for a potential outbreak, Democrats' politicization of the disease in an exclusive interview on 'Hannity.'

Vice President Mike Pence told Fox News' Sean Hannity in an exclusive interview Thursday that "the risk of the spread of coronavirus in the United States of America remains low" and credited what he called "decisive action" by President Trump earlier this year.

"We continue to prepare for whatever may come, but the reality is that because of the actions that President Trump took ... literally, you know, ending travel, closing our borders to people coming in from China, establishing a quarantine process, setting up a task force," Pence said. "I mean if the president hadn’t taken those unprecedented steps we’d be in a very different place today, Sean."

At a news conference Wednesday, Trump announced that Pence was in charge of coordinating the federal government's response to the outbreak, nearly one month after Health and Human Services Secretary Alex Azar declared the coronavirus to be a public health emergency on Jan. 31.

"When we first received word of the outbreak of the coronavirus shortly after the first of the year, " Pence recounted. "The -- the health team came in. I was there in the Oval Office, and they said to the president, 'Look ... what we ought to do is we ought to end air travel, we ought to close our border and we ought to establish a quarantining process for any American citizens that we allow back in.'

"And they said, 'No president has ever done this before, but we’re recommending out of an abundance of caution that you do it.' And President Trump didn’t hesitate for one second. He said, 'Do it.' ... our health experts told me again yesterday when we huddled right after that [Wednesday] press briefing for the first time -- they said we would be in a very different place today if President Trump hadn’t taken the decisive action that we had.

"And today, we haven’t had a new case for the last two weeks until the word that reached the public in the last 24 hours," Pence added. "We’ve had 15 cases in this country. People are being treated and -- and doing well." 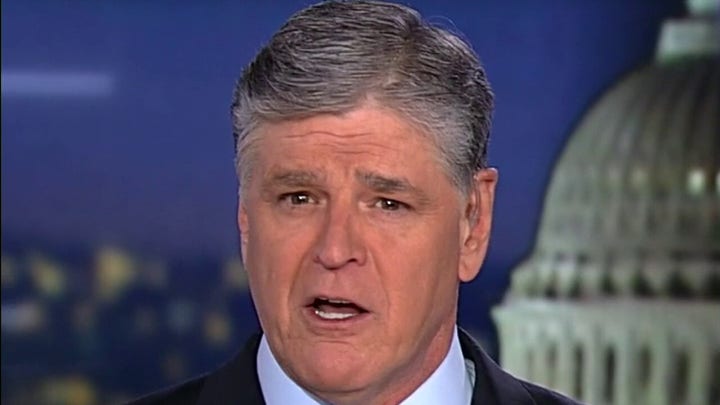 Pence also said the White House is hopeful that Republicans and Democrats will put politics aside to deal with the outbreak, saying that both parties can do what the American people want them to do on the issue.

"We continue to hope that we’ll see, not just Republicans, but Democrats dial down the rhetoric and -- and come alongside the president as we work the problem. That’s going to be our objective," Pence told host Sean Hannity. "We have an opportunity to do exactly what the American people want us to do and -- and that is [to] keep the politics out of this, follow the facts, follow the science and work the problem."

The vice president said Trump asked him to reach out to Democratic leaders in Congress, particularly House Speaker Nancy Pelosi, D-Calif., and Senate Minority Leader Chuck Schumer, D-N.Y. about efforts to counter the in an effort to "push politics aside." Pence told Hannity he had "good conversations" with both leaders.

"Look, the President said to me, 'Look I want you to reach out to the Republican and Democrat leadership,'" Pence said, "Because we want to push politics aside, we want to make sure we get the resources that we need to respond to this to make sure that the CDC, all of our agencies, have the support that they need."

Pelosi criticized the White House’s emergency planning as “inadequate" Monday while Schumer said the administration's response was "towering and dangerous incompetence" on the Senate floor Tuesday.

At Wednesday's press briefing, Trump accused Pelosi and Schumer of politicizing the coronavirus issue, calling Pelosi "incompetent" and accusing her of trying to cause panic.

The director of the Centers for Disease Control and Prevention told a congressional subcommittee on Wednesday that the risk of contracting the coronavirus in the United States remains low, but warned that the country will most likely see more cases as the outbreak spreads globally.