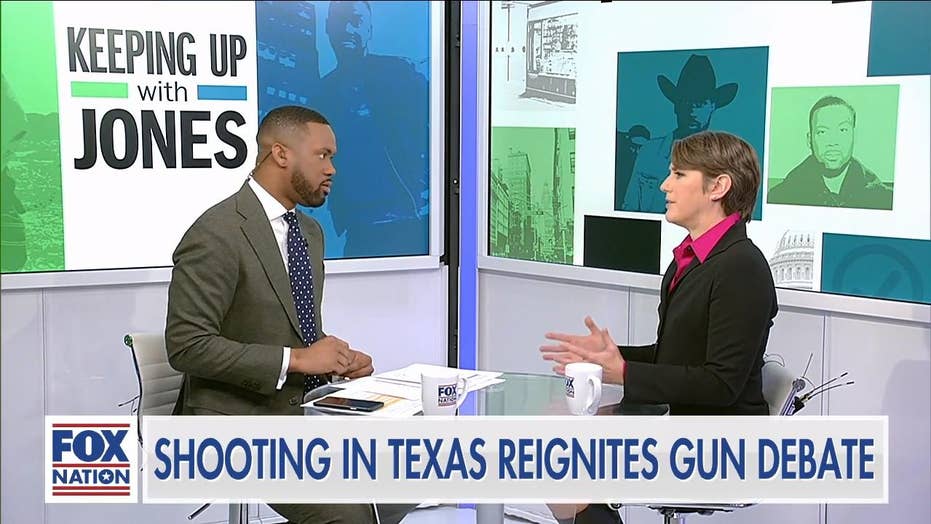 A top executive at the Brady Campaign to Prevent Gun Violence suggested that former New York City Mayor Michael Bloomberg is not helping when it comes to the debate over guns in America.

His latest remarks followed a deadly shooting inside a Sunday morning church service in White Settlement, Texas on Dec. 29. The gunman, identified as a 43-year-old with a long criminal history and mental health problems, shot and killed two people before a member of the congregation killed him.

"I wasn't there. I don't know the facts -- that somebody in the congregation had their own gun and killed the person who murdered two other people," Bloomberg told a crowd on Dec. 30 during a campaign event in Alabama. "But it's the job of law enforcement to have guns and to decide when to shoot. You just do not want the average citizen carrying a gun in a crowded place."

"You think comments like that hurt the work that you're trying to do with education?" Fox Nation host Lawrence Jones asked Kyleanne Hunter, vice president for Programs for the Brady Campaign to Prevent Gun Violence.

"I think often comments are made as too much of a blanket generalization across the board," Hunter said on "Keeping Up With Jones" on Monday. "And they hurt having a meaningful bridge-building conversation."

Hunter is a U.S. Marine Corps combat veteran and co-founder of Vets for Gun Reform. She grew up hunting, shooting skeet and is a gun owner herself.

"When it comes to law enforcement and gun-free zones, there's not enough cops to monitor every single zone. And so to make a statement that just leaves it up to the cops is just not realistic," pressed Jones. 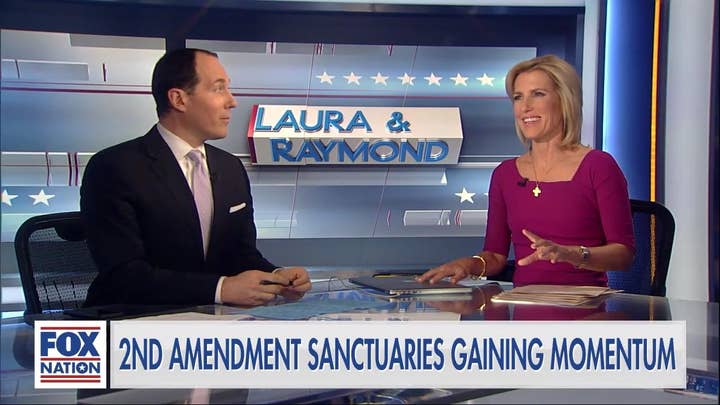 "I think that that overly-simplifies, again, the conversation. If we say it's just law enforcement," Hunter agreed.

"I think a part that he's trying to get at, but it didn't quite get the nuance to, is the fact that if we are going to be having armed citizens around, how are we ensuring that they are not interfering with law enforcement," she continued.

"This is where a more nuanced conversation needs to happen, because, yes, there's absolutely the right to own firearms. And I exercise that right as well... But what's missing often from that side of the conversation of the rights is what is our responsibility to everybody else around us."

Hunter said that she believes that a majority of Americans agree on certain measures that are likely to mitigate gun violence. Specifically, Hunter is calling for better monitoring of gun dealers to help identify and hold rogue dealers accountable for selling guns to unqualified buyers.

"It's only about 5 percent of dealers that are responsible for over 90 percent of the guns that are recovered in the crimes," she said. "Most dealers are incredibly law-abiding and they're doing the right thing."

"We need to be able to hold the industry accountable for the ones that take the easy way out because they're harming everyone," she concluded.

To watch all of "Keeping Up With Jones" go to Fox Nation and sign up today.