Senate Majority Leader Mitch McConnell, R-Ky., told "Bill Hemmer Reports" Wednesday that he has no plans to pass legislation to provide additional federal funding to state and local governments who he said are trying to "take advantage" of the coronavirus crisis to get help with their ballooning deficits.

Earlier Wednesday, McConnell announced that he is open to allowing states to declare bankruptcy rather than sending additional federal money to governors who have been imploring Washington for urgent fiscal help.

"We’re not gonna let them take advantage of this pandemic, to solve a lot of problems bad decisions they’ve made in the past."

"What I'm saying is, we will take a pause," McConnell told Bill Hemmer. "We’re gonna wait at least until May the 4th ... before we provide assistance to state and local governments who would love for us to borrow money from future generations to make sure that they have no revenue losses.

"Before we make that decision," he continued, "we're going to weigh the impact of what we’ve already added to the national debt, and make certain that if we provide additional assistance for state and local governments, it's only for coronavirus-related matters. We’re not gonna let them take advantage of this pandemic to solve a lot of problems [and] bad decisions they’ve made in the past." 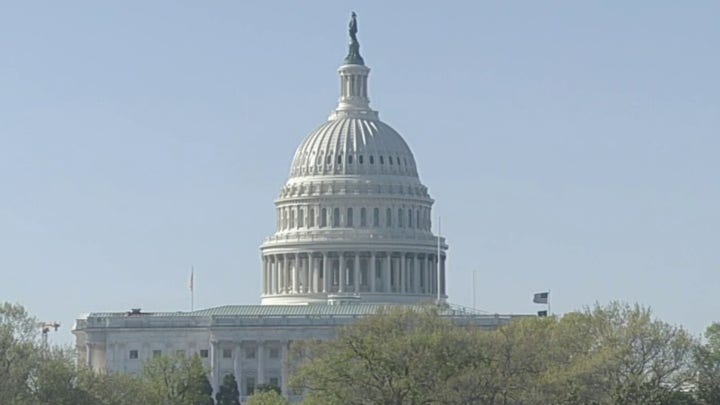 McConnell's comments come one day after the Senate advanced an interim stimulus package to replenish funds in the Paycheck Protection Program (PPP) and address a handful of other priorities. He initially sought to have the bill include only funding for the PPP but Democrats held up the legislation until they could extract concessions from the majority leader. Though McConnell ceded to some of their requests, he kept funding for state governments out of the bill, which is expected to see a vote in the House of Representatives on Thursday.

"We tried to get relief for the small business package twelve days ago. It was in fact delayed by Democratic maneuvers," McConnell responded. "But ... I don’t think the public is interested in that. What they are interested in is what we did yesterday ... we put $310 billion in to replenish the program for small businesses which ran out of money 12 days ago.

"We also added $75 billion for hospitals and we know they are struggling. Probably even more important to that, $25 billion for [coronavirus] testing," he went on. 'We have really developed kind of a Manhattan Project approach to testing because we know that even when the governors begin to open up the economy, as in my view they should begin to do, and when hospitals are allowed once again to do elective surgery, which is the only place they make any money, we can begin to get out of this malaise by bringing the economy back to life."

McConnell later rejected Pelosi's claim that only Democrats supported including a provision to increase funding for hospitals in the bill.

"That’s not correct," he said. "We are all interested in that and none of that was contentious. What they [Democrats] really wanted to do was to pass legislation to send money down to states and local governments and what I said was, 'We are not going to do that, we will wait and take a pause, and we will assess the future potential damage to the country by adding $2.7 trillion to the national debt.'"

When Hemmer asked McConnell about the prospect of a Phase 4 bill, McConnell said if one is put forward, "it will be when all the members of the Senate are back, which would be the earliest May 4th."