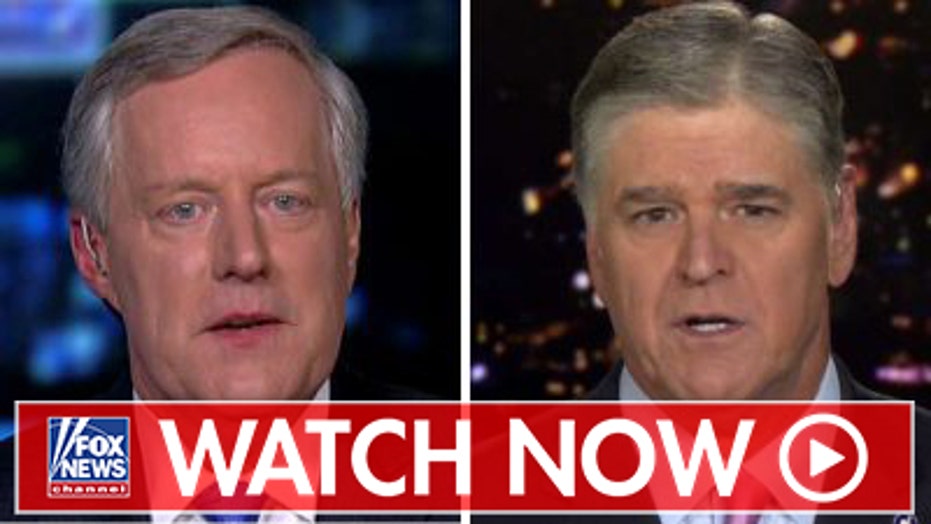 "Obviously, tonight, Nancy Pelosi decided to not put a resolution on the floor which would hopefully start the process of it being fair," Meadows claimed Tuesday on "Hannity."

"Jim [Jordan] and I have been now in over 40 hours of deposition and what we're finding is that Adam Schiff only wants to have witnesses who will give the response that he hopes they will give -- and even at that it's a swing and a miss."

WHISTLEBOWER DID NOT DISCLOSE CONTACT WITH SCHIFF'S COMMITTEE TO INSPECTOR GENERAL, SOURCES SAY 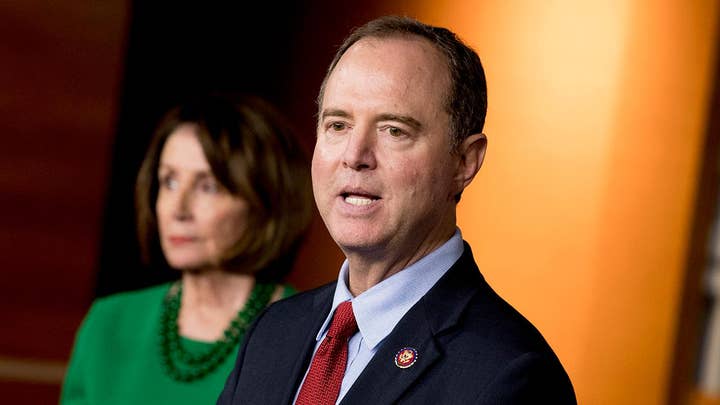 Pointing to reporting earlier this month that the whistleblower allegedly had contact with Schiff's staff prior to filing his complaint, Meadows said that individual must answer for those claims.

"We call it a whistleblower but it's really more an anonymous informant -- we need to have them come in so that we can say, 'how often did you coordinate with Adam Schiff?'," he said.

Sources told Fox News earlier in October the whistleblower -- who had alleged misconduct at the White House over President Trump’s call to the Ukrainian president -- did not disclose Schiff’s staff to the intelligence committee inspector general (ICIG).

In a statement after his hearing with the inspector general, Schiff ripped into Republicans, saying they have “continued the president’s strategy of deflection by making the absurd claim that because a whistleblower contacted the committee seeking guidance, the committee cannot conduct an investigation into the complaint.”