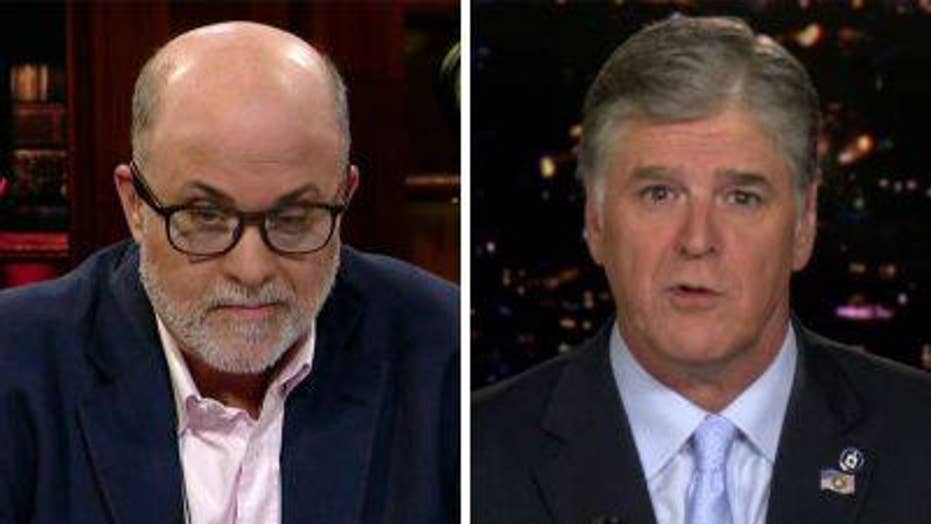 Mark Levin blasts Adam Schiff, claims 'the law is on the president's side' on Ukraine

Mark Levin blasts Adam Schiff, claims 'the law is on the president's side' on Ukraine

Mark Levin on Thursday encouraged President Trump to keep fighting against the Democrats' impeachment inquiry and demanded House Intelligence Committee Chairman Adam Schiff, D-Calif., be made to testify during his own proceedings.

GAETZ: TRUMP IMPEACHMENT INQUIRY IS DEMOCRATS' 'COP-OUT' FOR LACK OF A PRODUCTIVE AGENDA 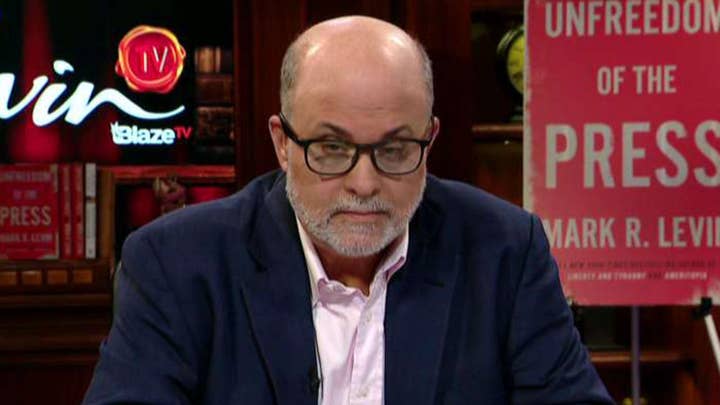 At the same time, Levin accused former President Obama of failing to supply sufficient military aid to Ukraine -- which Democrats have claimed Trump withheld in a "quid pro quo" scenario.

"The president sets foreign policy," Levin said. "It doesn't make a damn's worth of difference if you don't agree with it. I don't care what a former Obama ambassador [to] Ukraine thinks."

Of former Ambassador Marie Yovanovitch's critiques and the fact that Trump ordered her to be recalled earlier this year, Levin remarked, "too damn bad."

Turning his attention back to the House Intelligence Committee chairman, Levin called on the Ukraine whistleblower -- and Schiff himself -- to testify before the impeachment inquiry hearings.

"The whole house of cards will collapse and the American people will see [that] this was an outrageous, unconscionable attack by them on the president," Levin claimed.