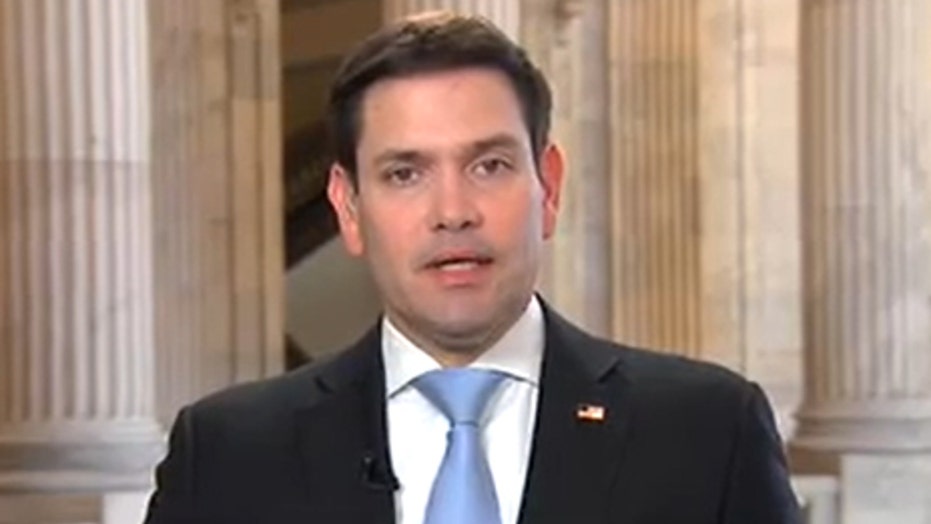 Reacting to the “defensive” airstrike against Taliban forces after signing a peace deal, Sen. Marco Rubio on Wednesday warned that the Taliban will retake Afghanistan and implement sharia law as soon as U.S. troops withdraw.

“No, I don’t think we can trust them,” the Florida Republican told “America’s Newsroom.”

“The bottom line is that the Taliban will institute a severe version of sharia Law and no elections. That’s what they want, they have the battlefield advantage over the government of Afghanistan," said Rubio.

The U.S. military conducted a “defensive” airstrike against Taliban forces in Afghanistan, less than a week after signing a historic peace deal with the militant group.

U.S. military spokesman Col. Sonny Leggett said in a tweet that the airstrike Wednesday was conducted against four Taliban fighters in Nahr-e Saraj, in the Helmand province, who he said were “actively attacking” an Afghan National Defense and Security Force (ANDSF) checkpoint. 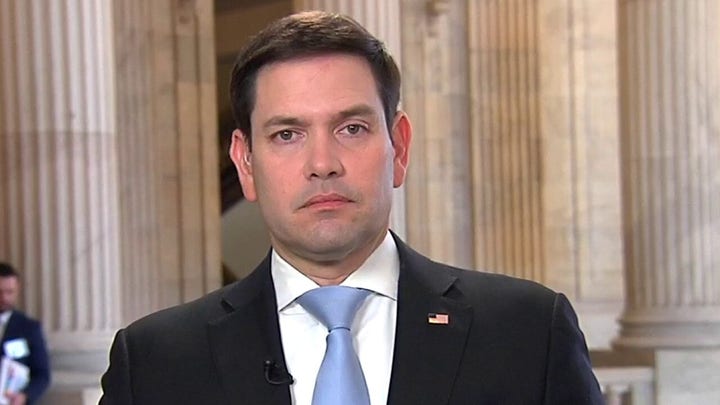 “This was a defensive strike to disrupt the attack,” he added. “This was our 1st strike against the Taliban in 11 days.”

Leggett, who called on the militant group to uphold their commitments to the peace deal signed on Feb. 29, added that Taliban forces had conducted 43 attacks on Afghan troops on Tuesday in the same province.

Though withdrawing troops does not bode well for Afghanistan, the problem is that an “enduring presence” of the U.S. military there is also not “feasible," Rubio explained.

“I hope this works out but I want to be frank with everybody: I think the likeliest outcome at the end of the day is that once the U.S. leaves, within a short period of time, the Taliban will retake the country, will reinstitute sharia, will not have elections.”

Rubio said that the only way to keep the Taliban at bay would be for U.S. troops to stay "forever." Host Ed Henry called it a "chilling scenario," especially if the Taliban harbors terrorist organizations who plot attacks on the U.S. and Western targets.

President Trump said Tuesday he spoke on the phone to a Taliban leader, making him the first U.S. president believed to have spoken directly to the militant group responsible for the deaths of thousands of U.S. troops in nearly 19 years of fighting in Afghanistan.

"I spoke to the leader of the Taliban today," Trump told reporters on the South Lawn. "We had a very good talk."