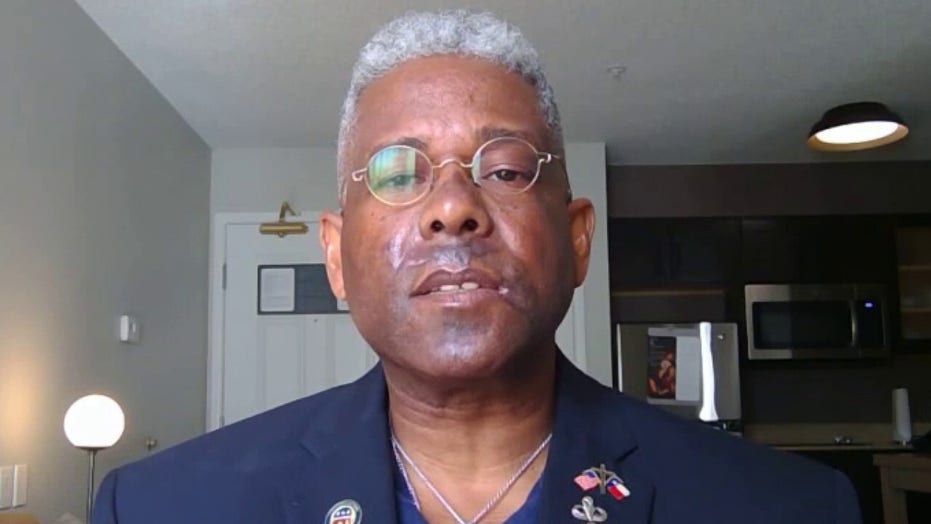 Lt. Col. Allen West on the importance of West Point as an institution

Trump is set to give the commencement address to the graduating class of 2020 at West Point Military Academy; Former Florida Congressman, Lt. Col. Allen West, joins ‘Fox and Friends Weekend.’

In an interview on "Fox & Friends Weekend" with hosts Jedediah Bila, Pete Hegseth, and Griff Jenkins, the former Florida congressman advised that angry desecration of longstanding monuments to racist historical figures was not the path to take.

"The right thing is for everyone to understand those -- and George Santayana once said -- those who fail to learn from history are doomed to repeat it," he urged.

Following weeks of protests against police brutality and unjust killings of Black Americans like George Floyd, many -- including state government officials -- have turned to look inward at their own communities. They've responded by toppling depictions of figures like Christopher Columbus in Minnesota, removing Kentucky's Jefferson Davis, and graffitiing a Virginia memorial of Confederate General Robert E. Lee.

Some in the military have also called for changes to bases named after members of the Confederacy.

Minnesota State Troopers surrounded the statue of Christopher Columbus after it was toppled in front of the Minnesota State Capitol, Wednesday, June 10, 2020, in St. Paul, Minn. The statue was later towed away. (Leila Navidi/Star Tribune via AP)

Many make the argument that removing the statues and names themselves would not erase the history -- nor could it erase racism -- but that it would relieve the pain felt by the families of those slaughtered in the 400 years since African slaves were first brought to America every time they looked at these representations.

"I did not think about them as Confederate generals. I thought about the honor of being able to serve on those military installations," he remarked.

"And, one of the things that has me absolutely incensed right now is the fact that you had these individuals [who] went up and defaced the monument, the memorial to the 54th Massachusetts regiment there in Boston," added West.

The Robert Gould Shaw and the 54th Regiment Memorial was reportedly defaced 123 years to the day it was dedicated: May 31, 1897. The tribute held Colonel Shaw's sword. Shaw had been killed alongside his men -- African-American soldiers -- fighting for their freedom in a battle at Fort Wagner.

According to WBUR, a $3 million dollar restoration project for the sculpture was just granted clearance at the beginning of the month.

That said, the city rallied quickly to carefully clean up the damage.

"That was the first Black organized unit to wear the uniform of the United States of America and fought in the Civil War. And, their history was depicted in the movie 'Glory,'" West pointed out. "And, I would challenge people this weekend to go back and look at that movie and understand: these were former slaves. These were freedmen [who] stood up and fought for this country."

"And now, here we are not even 200 years from that moment when they stood up to that challenge," he noted. "We destroyed their monument."

"No. History is about learning from it. I don't want to see us become like the Taliban or ISIS," West concluded. "Those are the people [who] destroyed history."