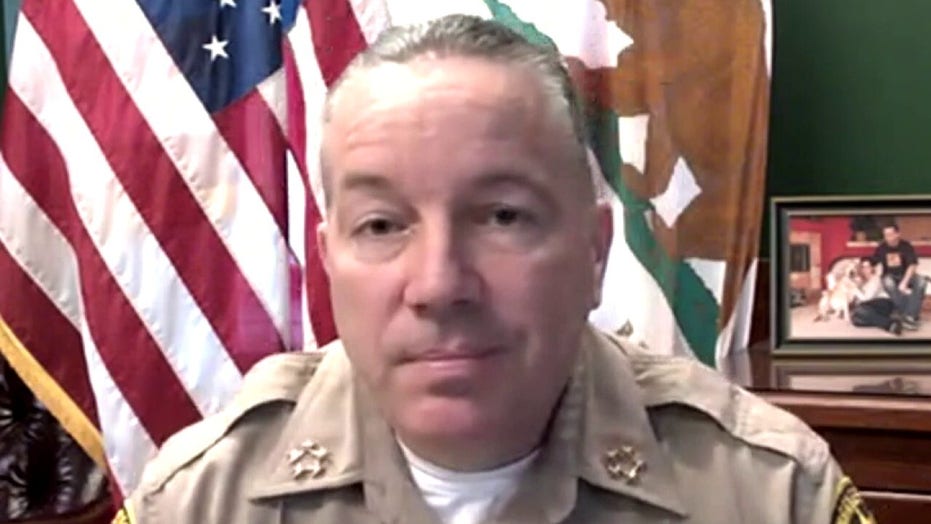 Pushing back on calls to defund the police, the Los Angeles County sheriff told Fox News Monday that having fewer police officers on the street "should be the last thing in the world" that residents demand.

“LA County is the largest county in the nation. We are the most understaffed law enforcement agency in the entire nation with an average of one deputy per 1,000 residents,” Alex Villanueva told “America’s Newsroom.”

Villanueva noted that in comparison, the NYPD has four police officers per 1,000 residents, and he issued a "note of caution" to those who want fewer police officers on the streets of major cities.

"Ask the average person who is not involved in the criminal justice system. They’re not suspects, formerly incarcerated, currently incarcerated, or relatives of those incarcerated. Ask that crowd: the people who do their job day to day, they want to make sure they have that safety net to know that they can get to home from work and back without being hassled, without being burglarized while they are at work, for example,” Villanueva said, pointing out how many times a police officer is the first responder in an emergency situation.

He continued: "Ask people, what about crime? Who's gonna do what? They never have a good answer. They talk about this utopian society that doesn't exist. If and when we get to that point, I'll be the first to defund us, but we're not there."

The interview came after an 18-year-old security guard at an autobody shop was shot dead by Los Angeles County Sheriff Department deputies Thursday night, according to local reports. The teen, who was identified as Andres Guardado, was working at the Freeway auto body shop as a private security guard, CBSLA reported.

Family members and friends attempted to confront deputies at the scene.

Villanueva said to also consider the relatives of “victims of homicide” on whether defunding the police is a viable idea.

“Those people are not demanding to defund law enforcement. They want to hold accountable whoever killed their loved one. It’s a very lopsided conversation at this point, but we need to push back and have everybody slow down,” Villanueva said.

Villanueva also reacted to one of his deputies saving a protester’s baby from choking on a coin.