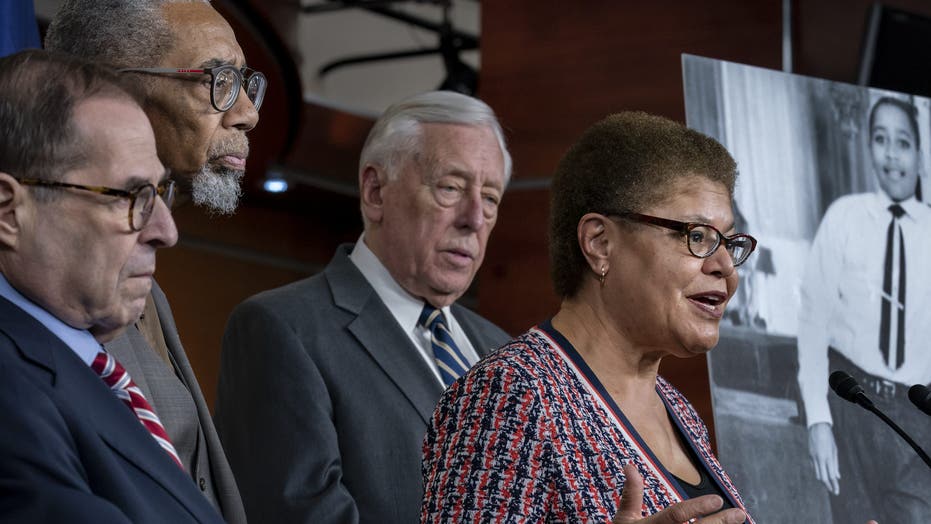 “I told some friends that’s probably one of the worst slogans ever,” she said in a Washington Post live broadcast.

She went on to explain that while she did not support “defunding” police, she believed law-enforcement budgets could be reduced if communities did not rely on police officers to deal with issues outside of their training.

“Police officers are the first ones to say they are law-enforcement officers, they're not social workers,” the Los Angeles congresswoman said. “What we have done in our country is, we have not invested in health, social and economic problems in communities. We leave the police to pick up the pieces. In my city, for example, on any given night, we have over 40,000 people who are homeless. Why should the police be involved with that?”

“If you’re talking about a substance-abuse issue, talking about intellectual challenges, why should police officers have to clean up society’s problems?” Bass continued. She added that one of the main points of the “defund” movement was that cities and states had “lopsided” priorities. “Why doesn’t a city deal with its social problems so not so much money would have to go to law enforcement?”

She asserted that communities “do need police,” but divesting from the social safety net would leave law enforcement “in a very unfair position.”

She noted that one of the main reasons police get in “physical conflicts that have terrible results” is that they’re encountering people with mental illnesses they’re unequipped to handle.

Still, many progressive Democrats have joined the calls of protesters led by the Black Lives Matter movement to “defund the police.”

Fox News learned that top House Democrats warned rank-and-file members on a Monday conference call about being sucked into a debate about defunding the police.

Bass in early June said she didn’t believe the country needed to defund police, but rather called for holding officers more accountable.

Bass repeatedly has sought to differentiate between defunding police and reducing police budgets.

Last week during a House Judiciary Committee hearing, she corrected Rep. Jim Jordan, R-Ohio, who said in his opening statement that Los Angeles Mayor Eric Garcetti said he wanted to “defund the police.” 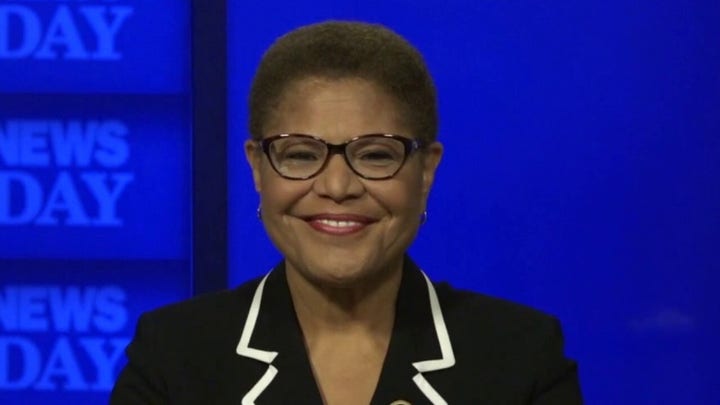 “It was said in the opening statement that the mayor of Los Angeles defunded the police department,” Bass said. “I just want to make a note that he absolutely did not defund the police department. He did reduce the budget and he shifted the funds to deal with some of the real issues that police officers always complain about.”

But, Bass’ statement appeared to contradict several high-profile figures who indicated that “defunding” meant transferring funds as Garcetti had.

“It may sound strange but many affluent suburbs have essentially already begun pursuing a defunding of the police in that they fund schools, they fund housing, and they fund health care more as their number one priorities.”

Garcetti and New York City Mayor Bill de Blasio,  both Democrats, already have committed to transfer funding from law enforcement to community services. Garcetti specifically vowed to cut as much as $150 million that was part of a planned increase in the police department’s budget.