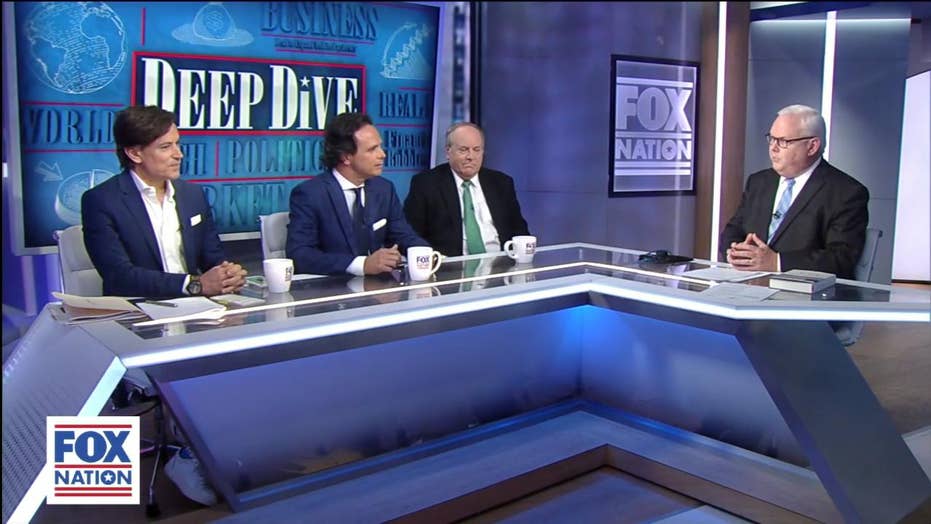 Sen. Lindsey Graham, R-S.C., introduced a new wrinkle to the impeachment debate on Tuesday night when he announced  on Fox News, that he will introduce a Senate resolution condemning the House Democrats' impeachment inquiry process.

"Here's the point of the resolution: Any impeachment vote based on this process, to me, is illegitimate, is unconstitutional, and should be dismissed in the Senate without a trial," Graham told Fox News' Sean Hannity.

On Fox Nation's "Deep Dive," Wall Street Journal editorial board member William McGurn asked a panel of legal and political experts if the senator's suggestion may actually come to pass.

"This resolution is not binding, but it would give an indication of where the Senate might go," said McGurn.

"From a straight legal standpoint, it's sort of unchartered waters, obviously. The point is, would this end up in a court?" said former federal prosecutor Doug Burns.

Tom Del Beccaro, former chairman of the California Republican Party, agreed with Senator Graham's sentiment and argued that Republicans need to more aggressively push the contention that Democrats are not following precedent. 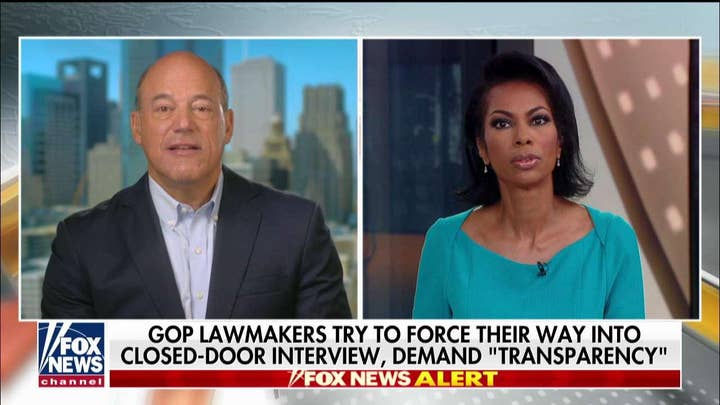 "The Trump administration is not getting due process. The Democrats, though, are winning this battle as the polls ramp up and more and more people like this. It's because the Republicans are playing defense," said Del Beccaro. "So far, they're still on their heels. So I applaud this resolution is the start of that process."

WHO WAS THE FIRST PRESIDENT TO BE IMPEACHMENT? NEW DOCUMENTARY ON ANDREW JOHNSON

In one of the most dramatic moments in Congress in weeks, around two dozen Republicans brought House Democrats' impeachment proceedings to a temporary halt on Wednesday by storming into a closed-door deposition with a senior Defense Department official.

In a previous episode of "Deep Dive," McGurn pointed out that Democrats have effectively denied Republicans the right to participate in the impeachment inquiry.

"If we're hearing how serious impeachment is -- what does it say for Mrs. Pelosi to do this in a way that's without precedent? It's just a decree on her part."

Former Obama State Department official and adviser to the Obama campaign David Tafuri said that Senate Majority Leader Mitch McConnell R-Ky., is bound by the Constitution to put the president on trial in the Senate if the House impeaches him.

"I think that is his obligation if you look at the Constitution," argued Tafuri. "The House is responsible for impeaching. It doesn't say anything about how it has to go about that deliberative process.  It doesn't say it has to have a vote in order to have an impeachment inquiry. ... The due process protections come in in the Senate, where the president has the right to defend himself."

Del Beccaro observed that legal experts disagree on the legitimacy of the House Democrats' handling of the impeachment process, and he believes that Republicans should mount a legal challenge immediately.

"The important thing for Republicans is they should press this in the courts now," he said.