Lee Zeldin on attacker's NY cashless bail release: 'We keep hearing too many of these stories'

NY GOP gubernatorial candidate joins Hannity after an attack Thursday at a campaign stop and vows to reform bail laws once governor on 'Hannity.'

New York GOP gubernatorial candidate Lee Zeldin sat down with Hannity on Friday to discuss his attack at a campaign rally Thursday and his attacker's near-immediate release on cashless bail per current state law.

LEE ZELDIN: You have a person who is saying 'you're done.' He repeated that-he's lunging at me with this weapon, with the two daggers coming out of it, similar to brass knuckles. He is charged with a violent felony and he is instantly released back on the street because of New York's cashless bail laws.

I saw it coming. I wish it wasn't this way. And we keep hearing too many of these stories, as you were just pointing out, some of the decisions with Alvin Bragg in the Jose Alba case.

There was another story that came out a couple weeks ago where two Mexican cartel drug smugglers got caught with $1.2 million worth of crystal meth, and then they were instantly released back out on the streets.

Now, there's an argument for cash bail that advocates say that you shouldn't be stuck behind bars on a low level offense. You're not a danger. You're not a flight risk. You have a clean record.

You shouldn't be stuck because you can't afford any amount of bail. You have no money. I get that. But I would say that if you have $1.2 million of crystal meth and you don't have any money to pay your bill, your bail, that's on you.

You're a bad businessman, a bad drug dealer and a bad criminal. We're seeing these stories that in some of these cases, like earlier today, I was in Syracuse, New York, there was a 93-year-old Connie Tuori, who was murdered by somebody released on cashless bail.

Oh, there's more than just data. These are stories. These are real lives. Cashless bail has been a failure, and it needs to be repealed in New York. 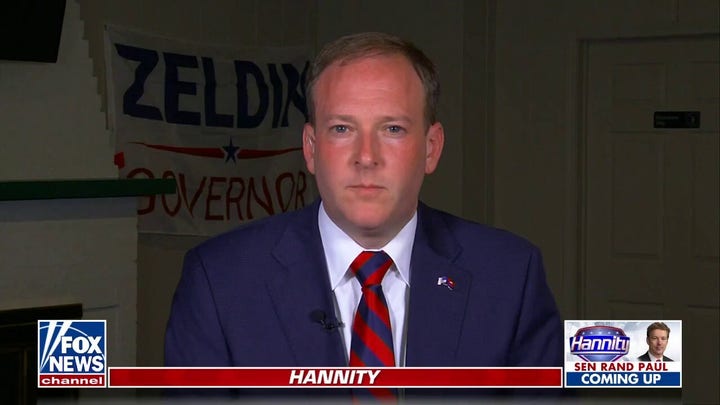