ALISON ESPOSITO: Last night, I saw a man get on stage and attempt to stab my partner — my running mate, Lee Zeldin, who is on a rescue mission, if you will, to save this state. I saw the man get on the stage. He approached Congressman Zeldin. He extended his arm. In his hand was a sort of brass knuckles with two daggers protruding from his fingers.

He took a swipe at the upper portion of Congressman Zeldin by the neck area, and he repeatedly said, "You're done, you're done, you're done." Now, Congressman Zeldin was absolutely fantastic. He regarded his military training. He grabbed the man's wrist, and he held until reinforcements had come. I was below him. I grabbed the gentleman from below. Security came on to the stage, grabbed him from up top, and we were able to wrestle him down and get the weapon out of his hand. 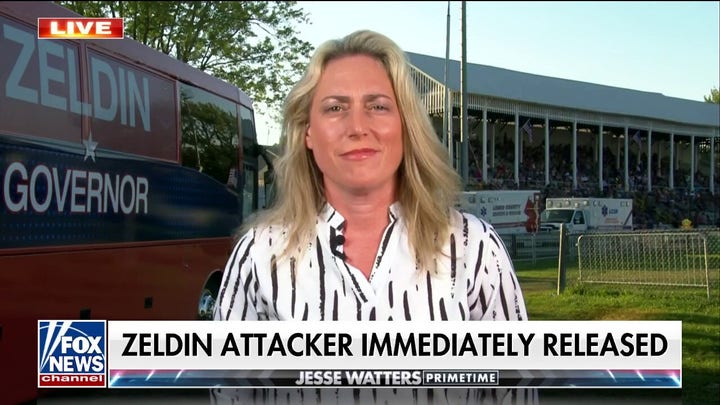