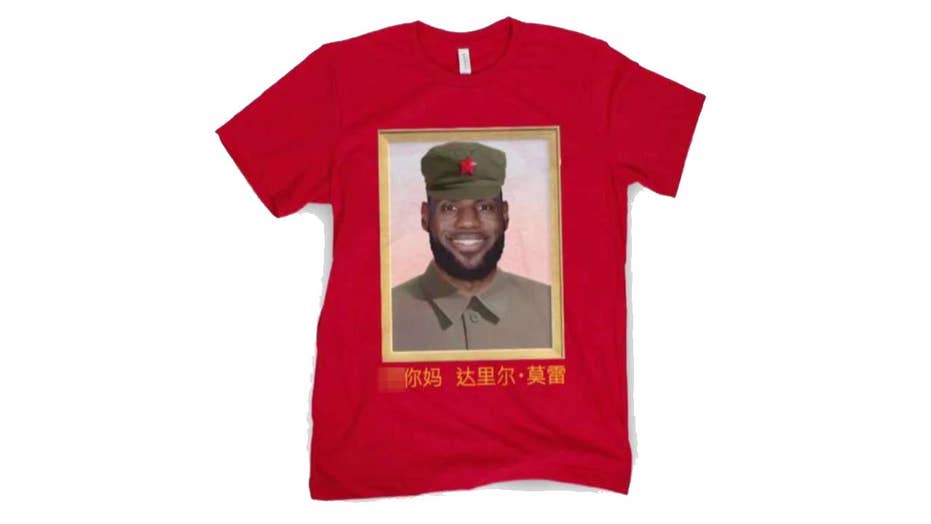 "LeBron James, he's a hell of a player but it sure seems his comments were more interested in money and making bucks and I get it, Nike's a big sponsor of his and he makes a whole lot of money, but kissing up to Chinese communists and tyrants and apologizing for murderers, that's not a good look for the NBA," said Cruz, R-Texas, to TMZ Sports.

James was asked on Monday if he thought Morey should be reprimanded and said the GM was "misinformed" and "not educated" on the issues. He also said Morey didn't think before acting and failed to consider the possible ramifications of his support for the protesters.

"Sometimes you have to think through the things that you say that may cause harm not only for yourself but for the majority of people. I think that’s just a prime example of that," James told reporters.

Following Morey's apology for the tweet, Houston Rockets player James Harden followed suit and issued his own mea culpa to China directly, and said the league loves the country and its fans.

“We apologize. You know, we love China. We love playing there,” Harden said, according to ESPN. “For both of us individually, we go there once or twice a year. They show us the most important love.”

James also tweeted about the issue and said Morey could have waited another week before freely expressing his opinion.

"It's been a shame seeing how the NBA has reacted to this," Cruz said earlier in the TMZ interview. "I just came from Hong Kong... and it is incredible seeing millions of people standing up for freedom."

"You look at what Daryl Morey tweeted, it is obviously true, it's obviously benign," he continued. "But, unfortunately, the NBA makes a whole bunch of money in China."

Cruz also suggested James educate himself on China's past human rights abuses and their efforts to stifle religious freedom, before jumping to their defense.

"We don't need to embrace censorship and propaganda, and sadly that's what the Chinese government wants the NBA to do," he added.

James attempted to clarify his position after his remarks were widely rebuked, saying he was not attempting to comment on the protests, but on Morey's public stance.

"I do not believe there was any consideration for the consequences and ramifications of the tweet. I’m not discussing the substance. Others can talk about that," he said.