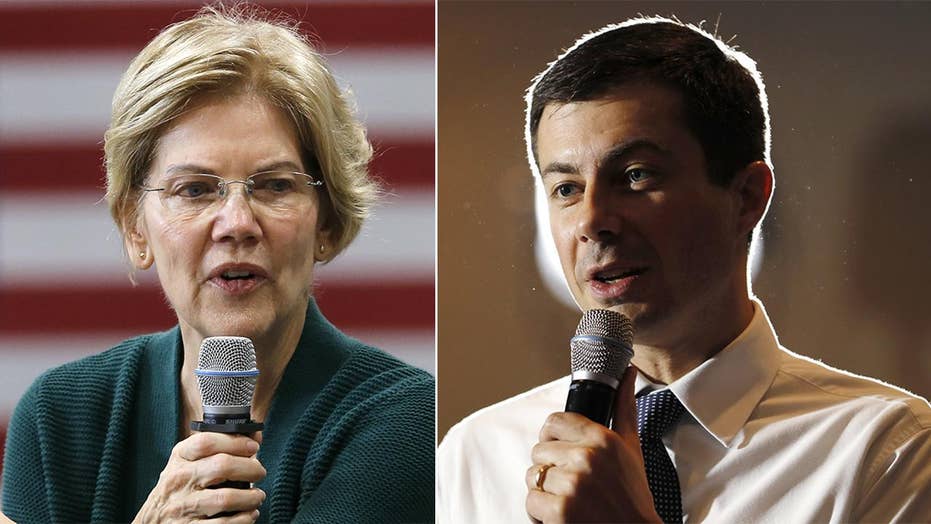 With moderate Democratic presidential candidates topping recent polls, "The Five" discussed whether  the Democratic Party has come "back to reality" and moved away from the "far-left" candidates in their party.

"I think the bottom line is, is that the Democratic Party voters, they want to win," co-host Lawrence Jones said Friday. "And they realize that the socialism, no matter how crazy the activists and the Twitter activists are, they want to beat the president."

A Quinnipiac University poll released Tuesday shows Massachusetts Sen. Elizabeth Warren's numbers slashed in half from 28 percent to 14 percent from the month before. After leading the pack in Quinnipiac’s October poll – which was seen as a sign of her surge in the race – Warren’s 14-point drop has her now in third place behind former Vice President Joe Biden and South Bend, Ind., Mayor Pete Buttigieg.

"Early on in a primary process the most active is wing of your party is going to be the most active. And then as you get now, we're 65 days till the first votes in Iowa," Perino said. "Now everybody else starts paying a little bit more attention."

Jones pointed out frontrunner Biden was problematic for Democrats.

"But it's still problematic for them because Joe Biden is a weak candidate," Jones said, calling him "wounded."

The Fox Nation host predicted Biden would win the nomination but would ultimately fall to President Trump in the 2020 general election.

"I think it's going to be Joe Biden at the end of the day," Jones said. "And I think the president is going to filet him."