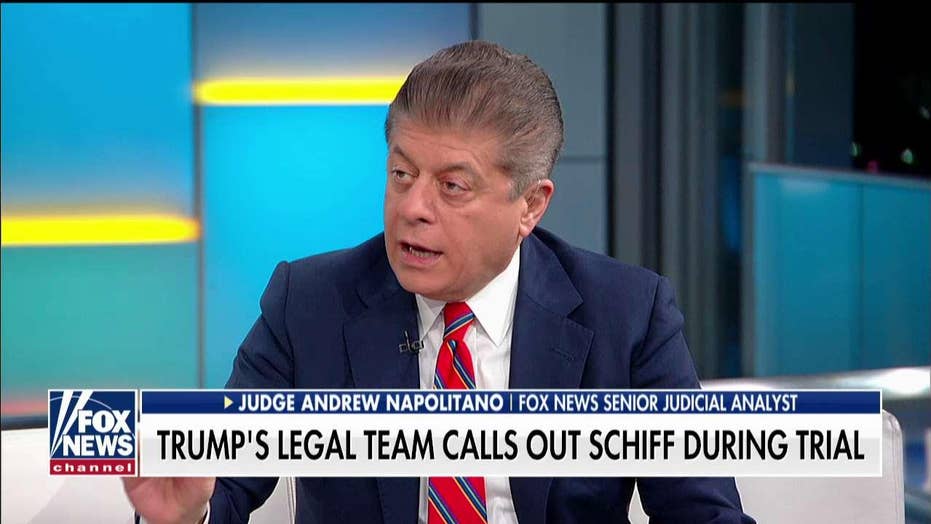 Judge Napolitano: Why the impeachment trial has a different kind of jury

The Senate impeachment trial against President Trump would "absolutely" be a mistrial if it were brought before a jury in a criminal case, Fox News senior judicial analyst Judge Andrew Napolitano said Thursday.

Appearing on "Fox & Friends" with hosts Steve Doocy, Ainsley Earhardt and Brian Kilmeade, Napolitano said that normally the question of whether or not the allegation would implicate crimes would be heard in a courtroom "out of the presence of the jury."

"And then," he explained, "the judge -- in this case Chief Justice Roberts -- would decide whether or not it does implicate crimes.

"But, this is a different kind of jury where they each get to accuse the other side of all kinds of things," said Napolitano. 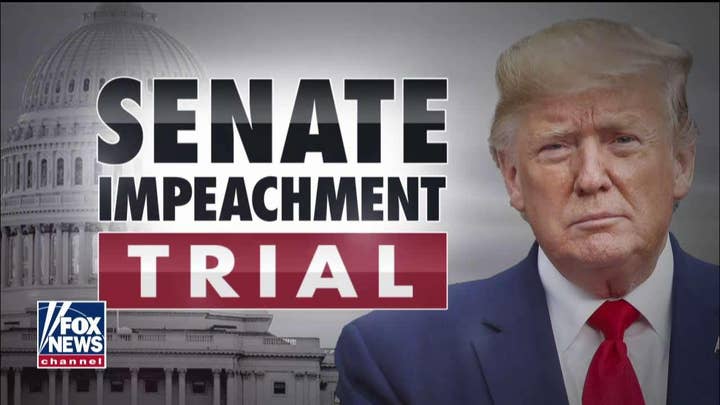 On one side, Napolitano told the "Friends" hosts, Democrats will argue the president committed crimes "by accusing him of abusing his power, by asking for a favor from President Zelensky.

"He solicited aid from a foreign government. He refused to perform a governmental duty until a thing of value arrived. One is the crime of solicitation. The other is a crime of bribery," he continued.

Napolitano said that Democrats have intentionally used vague language "either to be delicate and respectful to the president or because they wanted to give themselves the opportunity to push whatever buttons."