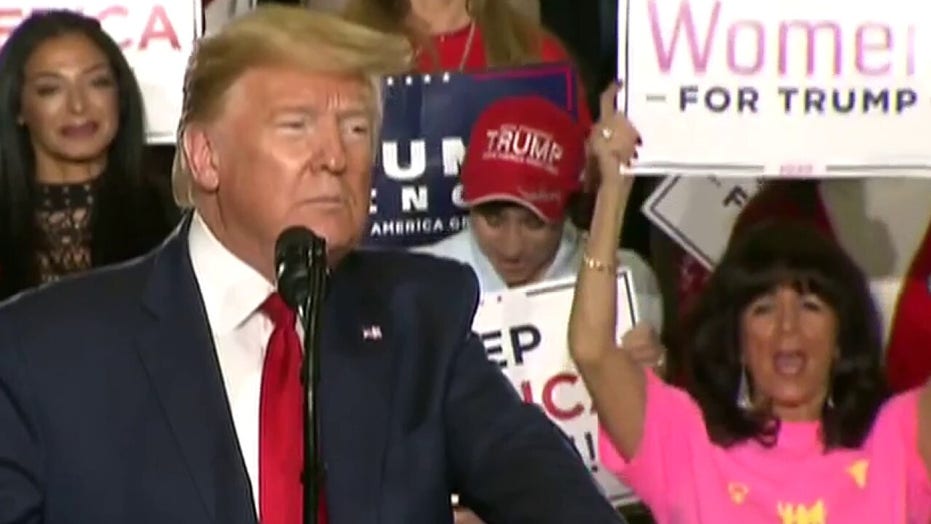 Since yesterday was the day that senators in the impeachment trial got to question both sides -- drawing rather predictable responses -- I have some questions of my own.

How did John Bolton go from being a hero on the right to being bashed like a piñata?

How did Bolton go from being reviled as a warmonger on the left to being the only honest man who can save the republic?

How did President Trump go from hiring and praising Bolton to denouncing him as the guy who would bring on “World War Six”?

How did a single leaked manuscript tie the Senate trial in knots, with most Republicans saying there is no need to question the former national security adviser and all Democrats insisting his testimony is crucial?

The answer to all these questions is, in part, political hypocrisy.

It’s the thing that millions of Americans hate about Washington.

A case study in the selective outrage that fuels so much of our public discourse.

You’re my ally as long as you serve my purpose, but if you deviate from that path, you’re my enemy.

Rudy Giuliani called Bolton a “backstabber.” Lou Dobbs said “John Bolton himself has been reduced to a tool for the radical Dems and the Deep State.”

But are they saying that he shouldn’t tell the truth as he sees it?

Judge Andrew Napolitano said Bolton was “a conservative icon until two days ago. Now the things they’re saying about him sounds like they’re talking about Nancy Pelosi.”

As for the president, he tweeted: “For a guy who couldn’t get approved for the Ambassador to the U.N. years ago, couldn’t get approved for anything since, ‘begged’ me for a non Senate approved job, which I gave him despite many saying ‘Don’t do it, sir,’ takes the job, mistakenly says ‘Libyan Model’ on T.V., and many more mistakes of judgement, gets fired because frankly, if I listened to him, we would be in World War Six by now, and goes out and IMMEDIATELY writes a nasty & untrue book. All Classified National Security. Who would do this?”

And the White House sent a letter warning that Bolton’s book “appears to contain significant amounts of classified information” and can’t be published without changes.

The state of play is nicely captured by this Peter Baker lead in the New York Times:

“Not long ago, they called him ‘too extreme,’ ‘aggressively and dangerously wrong’ and ‘downright dangerous.’ They called him ‘nutty,’ ‘reckless’ and ‘far outside the mainstream.’ Now they would like to call him their star witness.”

The “conservative war hawk and favorite villain of the left” is now “the toast of Senate Democrats.”

On the other side, some of Bolton’s longtime GOP friends “are just as abruptly tossing him to the curb, painting him as a disgruntled former adviser who just wants to sell books. Some of the same senators who allied with him, promoted his career, consulted with him on foreign affairs and took his political action committee money are going along” with the effort to demonize him.

Now Bolton may have mixed motives, since his book (now No. 10 in Amazon pre-orders) comes out in March, though he’s already gotten his reported $2-million advance. But the former Fox News contributor has always had a reputation as a blunt truth-teller (hence his description of the Ukraine pressure campaign as a “drug deal”).

Can anyone really doubt that if Bolton had written a book exonerating Trump that the two parties would switch sides and the GOP would love to have him testify?

Can anyone really doubt that if a Bolton-like figure wrote such a book about Barack Obama, the parties would switch sides on impeachment? After all, both Republicans and Democrats have highlighted at the trial how some on the other side are contradicting stances they took during the Clinton impeachment.

In the end, this is larger than John Bolton and larger than this particular trial. It’s about the fragility of political friendships, the transactional nature of alliances. It’s about how quickly “my good friend” can become the “backstabber.”