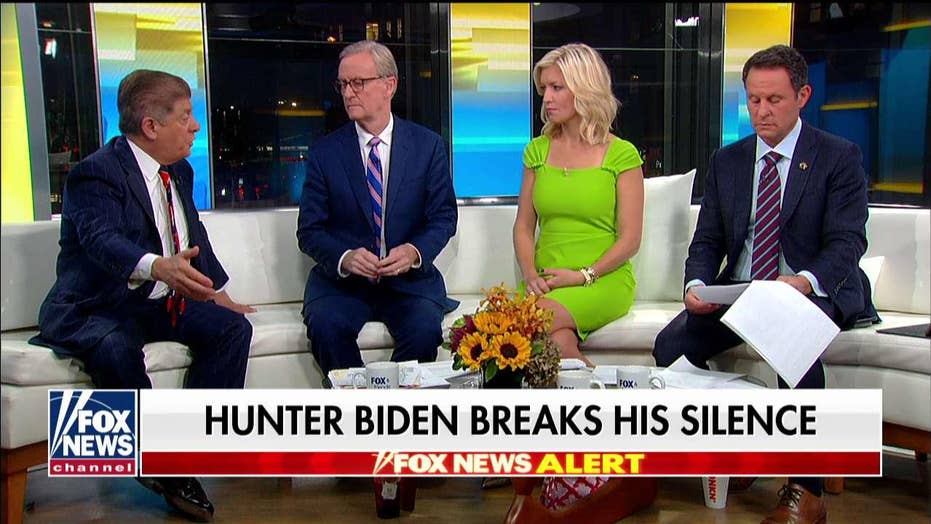 As Biden's dealings as a former board member on Ukrainian natural gas company Burisma Holdings are increasingly coming under scrutiny, the former vice president's son broke his silence in a nationally televised interview this morning.

Appearing in an exclusive interview on ABC News, Biden told anchor Amy Robach, "Did I make a mistake based on some ethical lapse? Absolutely not."

Biden maintained he did nothing improper in serving on the board, but acknowledged it was "poor judgment" on his part.

BIDEN CAMPAIGN SEEKS TO KICK GIULIANI OFF TV, AFTER HE IMPLICATES BIDENS IN OVERSEAS CORRUPTION

Appearing on "Fox & Friends" with co-hosts Steve Doocy, Ainsley Earhardt, and Brian Kilmeade, Napolitano said that he was sure that if a law had been violated, President Trump and Attorney General William Barr would have found it already.

"I am sure that with the president's animosity about this, if there were a law that he violated the Department of Justice (DOJ) would be all over this, and it does not appear that that's the case," he said.

"Is there the appearance of impropriety when you trade on your father's name?" he asked. "Of course, there is. That's a political problem, not a legal one."

"If there were a there there -- what we call articulable suspicion -- the DOJ would be all over it," said Napolitano. 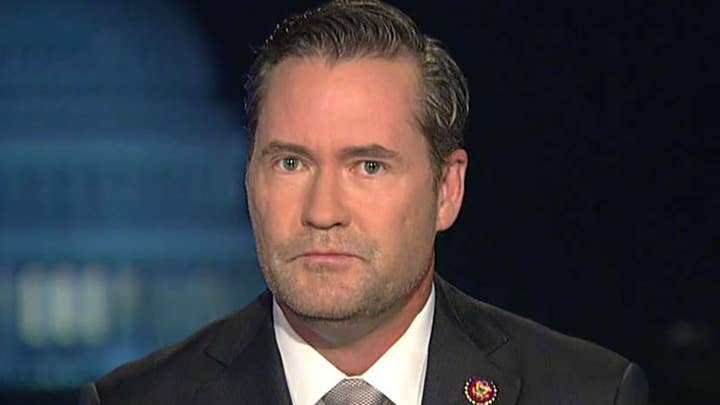 "Did they want Rudy Giuliani and the president to expose this? Of course not," Napolitano stated, going on to discuss Biden's previous role on the board of a Chinese private equity firm.

"Again, this is the way that Chinese operate," he explained. "They find somebody who they think will gain them a toehold in American society, and they offer money to some entity that the person's involved with."

Although President Trump has repeatedly hammered Hunter Biden's ties to China and Ukraine, the latest cloud of suspicion came as Republicans pointed to resurfaced 2008 reports in The New York Times and The American Spectator. The articles found that Biden received consulting fees from the financial services company MBNA  from 2001 to 2005. Biden had once been employed by the company, but the consulting fees came years after his departure.

Although the exact numbers are unclear, the Times reported that a company once said Biden was receiving at least $100,000 year per retainer.

This all comes as his father and then-Senator Joe Biden was successfully pushing for legislation that would make it harder for consumers to file for bankruptcy protection.

Then-President Barack Obama's aides insisted that the payments were proper and no lobbying had occurred.