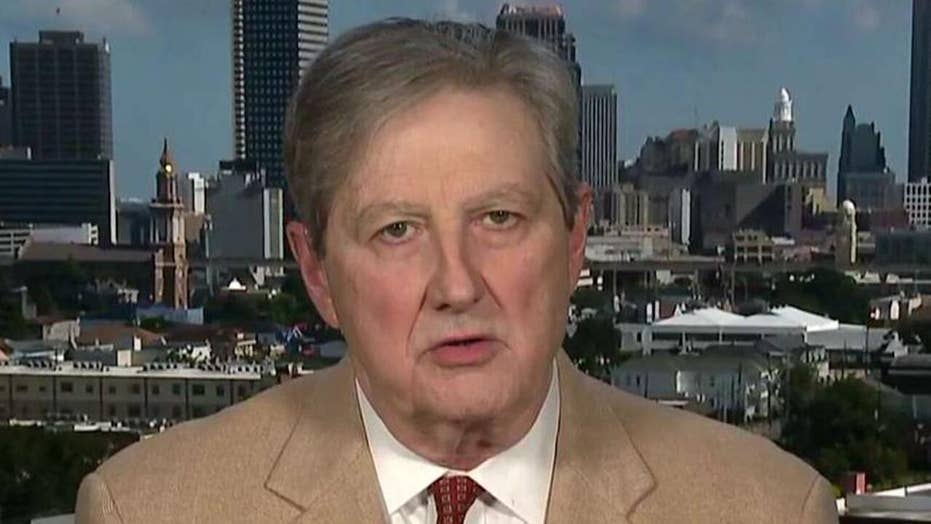 Republican Sen. John Kennedy reacts on 'America's Newsroom' to White House counsel Don McGahn being subpoenaed to testify on Capitol Hill and clarifies his comments on the DNC server hacking in 2016.

Louisiana Republican Sen. John Kennedy corrected previous comments he made about Russian hacking in 2016 and insisted Ukraine also meddled in the election.

Appearing on "America's Newsroom" with hosts Bill Hemmer and Sandra Smith, Kennedy said that his answers to a question from "Fox News Sunday's" Chris Wallace were incorrect because he misinterpreted what Wallace was asking about.

LINDSEY GRAHA< EXPLAINS LAUNCHING PROBE INTO BIDENS: 'NOBODY IN THE MEDIA REALLY GIVES A DAMN'

"Who do you believe was responsible for hacking the DNC and Clinton campaign computers, their emails. Was it Russia or Ukraine?" asked Wallace.

"The entire intelligence community says it was Russia," Wallace shot back.

"Right. But it could also be Ukraine. I'm not saying I know one way or the other," Kennedy answered. 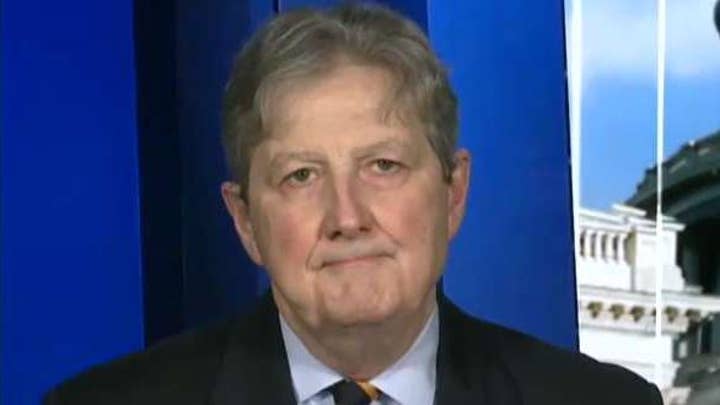 "Chris Wallace is a damn good reporter. He asked me a very direct question. He asked me about hacking the DNC computer," Kennedy told Hemmer and Smith Tuesday. "I heard him say, I thought he'd said, meddling in the election."

"Chris was right. I was wrong," Kennedy stated. "So, let me be clear: Russia hacked the DNC computer. I have no evidence whatsoever that Ukraine did it."

In October 2016, the Department of Homeland Security and the Office of National Intelligence on Election Security issued a statement declaring that the intelligence community was "confident that the Russian government directed the recent compromises of emails from U.S. persons and institutions."

Kennedy said that there is, however, "plenty of evidence that Ukraine meddled in the 2016 election, specifically President  [Petro] Poroshenko," citing a January 2017 article in Politico, along with stories by CBS News, The Washington Examiner and The Economist.

"Evidence that Ukraine tried to meddle in the 2016 election. Why is this important?" asked Kennedy. "Because my Democratic friends want to prevent the president from offering any evidence that Ukraine is organically and historically corrupt and that he was concerned about corruption.

"I hope [Ukrainian] President Zelensky does better, but their government in the past has been corrupt."