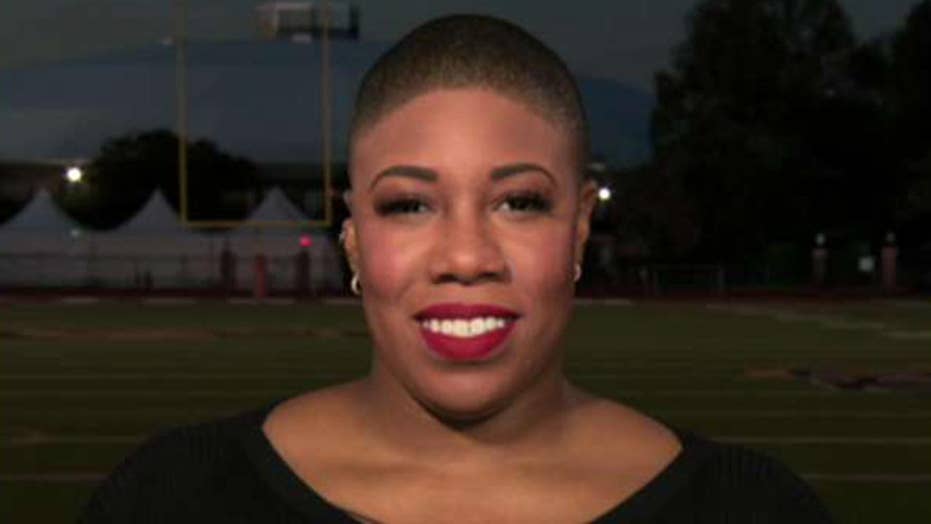 Biden campaign adviser: It's no surprise Biden wanted to come out and speak for himself

Former Vice President Joe Biden appeared to stumble over his words while discussing the economy and taxes on Tuesday night.

"Why should someone who's clipping coupons in the stock market may, in fact, pay a lower tax rate than someone who in fact is, like I said, a schoolteacher and a fireman? It's ridiculous," Biden said.

Biden made those comments while appearing at the fourth Democratic debate. Biden has long been the frontrunner for the Democratic nomination but is facing a potential challenge Sen. Elizabeth Warren, D-Mass., who has been gaining traction in key states.

His answer was the latest apparent gaffe during his campaign. The gaffes appeared to have raised enough concerns that some allies of the former vice president reportedly suggested he scale back the number of events he did on the campaign trail.

David Axelrod, a former adviser to former President Obama, blasted that advice, arguing on Thursday that he shouldn't be cloistered as a presidential candidate.

Biden has embraced his propensity for gaffes, arguing it was better than being President Trump. “I am a gaffe machine, but my God what a wonderful thing compared to a guy who can’t tell the truth,” he previously said.

During Tuesday's debate, Biden faced questions about his son, Hunter, and his foreign business dealings -- something that came under greater scrutiny after a call surfaced in which Trump urged Ukraine to investigate the Bidens. Biden defended himself and his son, telling CNN's Anderson Cooper that neither of them did anything wrong.